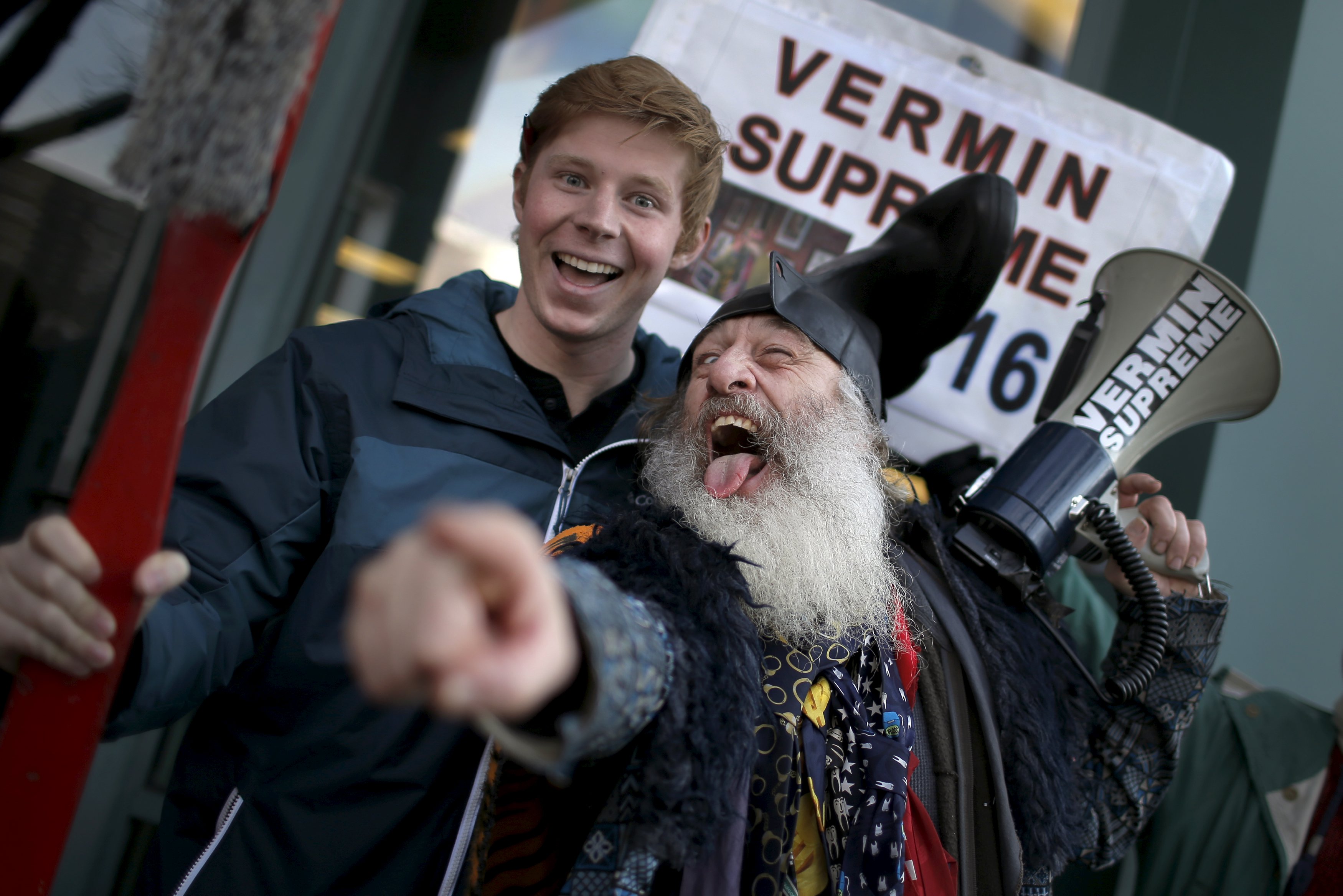 Supreme got 256 votes Tuesday evening, finishing just behind former Maryland Gov. Martin O'Malley, who attracted 619 votes despite dropping out of the race after the Iowa caucuses. Gilmore, the former Virginia governor and last-place finisher on the Republican side, received just 131 votes.

Sporting a boot on his head, Supreme is a fixture in New Hampshire politics, where he has run for president seven times. In a recent interview with FOX25 News, he described the four planks of his platform:

1) Mandatory tooth-brushing laws ("Gingivitis has been eroding the gumline of this great nation of ours for long enough and must be stopped.");

2) Time travel research ("I'm the only candidate who is willing to fully fund time travel, go back in time and kill baby Hitler with my bare hands before he's even born.");

3) Zombie preparedness ("I am the only candidate who has a plan to protect America from the imminent zombie invasion and I will be harnessing the awesome power of zombies to create electric energy utilizing the latest in giant hamster wheel technology."); and

4. Free ponies for all Americans ("A federal pony identification system and you must have your pony with you at all times.").

It's worth noting that he is not the only candidate who has said he would kill baby Hitler. Former Florida Gov. Jeb Bush said, "hell yeah, I would" when asked about it in November.

In the interview, Supreme said that Republicans Rand Paul, Bobby Jindal and Rick Santorum dropped out because they "knew they could not get more votes than Vermin Supreme in New Hampshire."

"They figured they'd better cut their losses and cut their losses good. That's the measuring stick here in New Hampshire. Are you going to be able to get more votes than Vermin Supreme? That's why you've got to ask yourself, do you feel lucky, punk?" he said.

Paul actually received 1,853 votes, and Supreme did not "crush Martin O'Malley" as he promised to do. But he did receive more votes than Santorum (197) and Jindal (50).