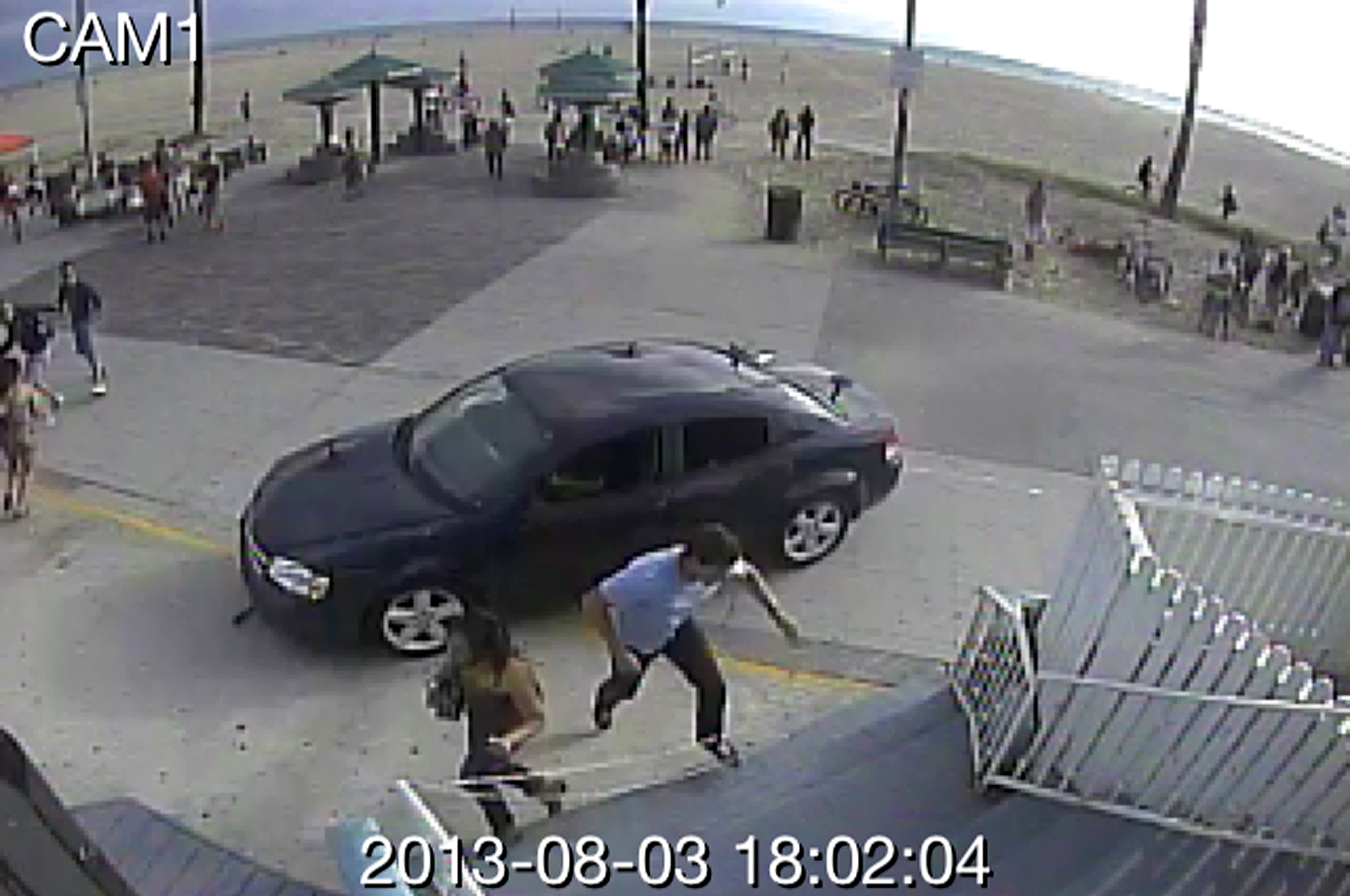 LOS ANGELESWitnesses said a driver purposely and methodically plowed into crowds of people on the Venice Boardwalk Saturday evening killing at least one person.

Two people were seriously hurt, 2 more were critically injured. Firefighters found 12 people in total wounded, taking 10 of them to the hospital where one later died, officials said.

The accident was reported just after 6 p.m. Saturday.

Witnesses told police and reporters the driver seemed to be in control of the vehicle, deliberately trying to hit people, reports KCBS in Los Angeles.

One witness told KCBS: "The driver was out for blood."

Louisa Hodge, 35, who was out enjoying the day on the Venice Beach boardwalk with a friend visiting from San Diego, said the scene was bloody and gruesome.

"It was blocks and blocks of people just strewn across the sidewalk," Hodge said.

The driver fled the scene and about an hour later, just as police were circulating word that they were seeking a black Dodge with a driver in his 20s, a man walked into a police station in neighboring Santa Monica, told officers he was involved in the boardwalk incident, Neiman said.

Police then found a car nearby that they believe belonged to the man, Neiman said.

Hours later detectives were questioning the man, calling him a person of interest and attempting to determine whether he was the driver, Neiman said.

Neiman would give no details on the identity of the person who died or the person of interest.

The site isn't from the Santa Monica Farmer's Market where a 2003 crash left 10 dead and 63 hurt, after an 87-year-old man's car accidentally roared through the market.

According to the security video and witness accounts, the man with a baseball cap, gray shirt and white pants parked next to the Cadillac Hotel, twice walking out to the boardwalk before getting into the Dodge Avenger and accelerating, swerving around yellow poles meant to prevent cars from getting into the pedestrian-only area and onto the boardwalk.

"I heard a big `boom, boom,' like the sound of someone going up and down the curb, it was super loud," said Alex Hagan, 22, who was working the desk at the Cadillac Hotel and watched the scene unfold from the start.

The man knocked over two mannequins then started hitting people, swerving from side to side and often running straight into them.

The crowd of hundreds of couples, families and children who had been sitting at cafes, shopping and walking lazily along in shorts and sandals were sent on a mad scramble to get themselves and others out of the way and to rush to help those who were hit.

The car hit at least three vendors who were sitting at their sales booths, video showed.

It hit two women who appeared to be in their 60s, Hagan said.

Many ran after the car, screaming and cursing as it sped away, he said.

Hodge said she and her friend, 31-year-old Ashley Taylor, had made note of the numbers walking along the seaside.

"It was a really nice day, there were tons of people out, in fact, we were talking about how packed it was, because we were having a hard time getting through all the people," said Hodge.

She and her friend stepped into a store to buy a couple of hats, a move that may have saved their lives, and stepped out to see the aftermath, as emergency crews arrived and started putting victims on tarps.

Hodge saw one man and woman lying next to each other, wearing head braces and barely able to move.

"They were just laying next to each other and grasping hands," Hodge said, "just a man and a woman holding hands."

Hours later police were surveying the same stretch of ground for evidence.

The Venice boardwalk is a cultural hub in a part of Los Angeles known for its circus-meets-gritty-city eccentricities.

The 1.5-mile ribbon of asphalt that runs along the sand a few hundred yards from the ocean is home to galleries, restaurants, tattoo shops, skateboard parks and the famous outdoor weight room known as Muscle Beach.