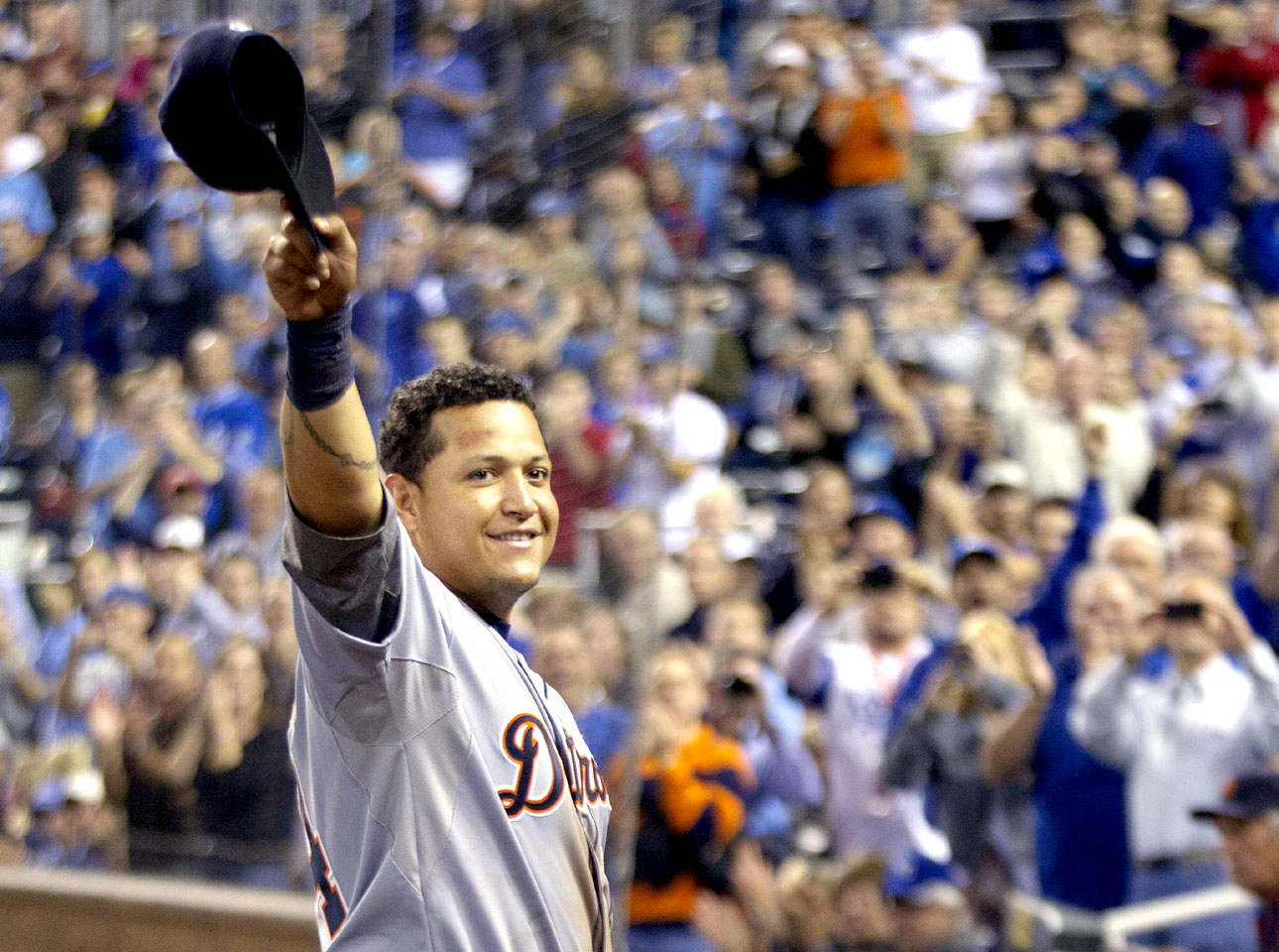 CARACAS, Venezuela Venezuelans are celebrating their homegrown baseball heroes as a record contingent of players from the country heads into the World Series with the Detroit Tigers and San Francisco Giants.

Nine Venezuelans, including five with the Giants, will feature in the series starting on Wednesday, the most ever.

"It's the first time, but it had to happen one day. All the time there are more and better Venezuelan players in the major leagues," said Alberto Mendoza, who was among dozens of fans celebrating the Giants' win over the St. Louis Cardinals in the seventh and deciding game of the National League Championship Series at a restaurant in Caracas on Monday night. "Venezuela is a power in baseball."

Fans in Caracas cheered the Giants with shouts and toasting glasses of beer because the game's star was one of their own, Marco Scutaro, the veteran second baseman who was named the most valuable player of the series.

Photos of Scutaro celebrating the victory in the rain were published on the front pages of Venezuelan newspapers. The sports daily Meridiano ran the headline "Venezuela Grows Giant."

Venezuelans playing for the Tigers are led by Triple Crown-winner Miguel Cabrera.

"It's a great year for Venezuela. Our flag is flying high. 2012 is a historic year," said Jose Manuel Blanco, a university student who was wearing a jersey for the Navegantes del Magallanes, the Venezuelan team where Giants third baseman Pablo Sandoval plays in the offseason.

He noted that this season Venezuelans have achieved various baseball feats. In addition to Cabrera's stellar batting record, Felix Hernandez pitched a perfect game for the Seattle Mariners and the New York Mets' Johan Santana pitched a no-hitter.

Scutaro is the third Venezuelan to win the most valuable player in a major league championship series, following Jesus "Manny" Trillo of the Philadelphia Phillies in 1980 and Eduardo Perez of the Braves in 1999.

Julio Venegas, a woodworker, said his favorite team has always been the Yankees and he enjoys watching any major league team when Venezuelans are playing.

Many of Venezuela's players in the major leagues dedicate their offseasons to their teams in the Venezuelan Professional Baseball League. Cabrera plays for the Aragua Tigers, while Giants' outfielder Gregor Blanco plays for the La Guaira Sharks.

"It's an incredible story," Reina said. "I think this is the biggest moment in Venezuelan sports history after Luis Aparicio's election to the Hall of Fame."

Baseball has long been the most popular sport in Venezuela, sharing that passion with other Caribbean countries such as the Dominican Republic and Cuba.

Rivalries are also strong in the Venezuelan league, with games pitting the Navegantes against the Caracas Lions often drawing especially large crowds.

Games feature firework displays, Venezuelan snacks such as arepas - corn cakes filled with meat, chicken or cheese - and plenty of beer and whisky.