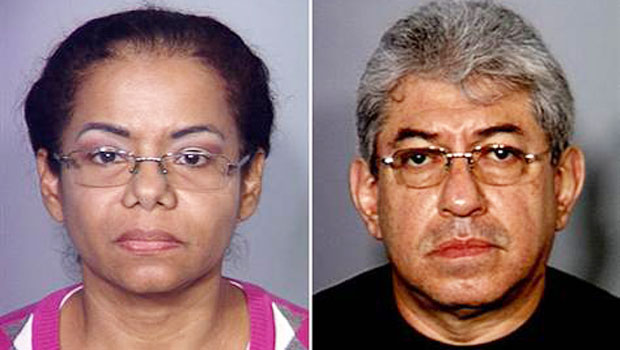 (CBS/AP) LAS VEGAS - A woman died after botched buttocks enhancement surgery in the back room of a tile business by two Colombian nationals who were later arrested trying to board a plane back to their homeland, authorities said Monday.

Her cause of death was not immediately determined, pending toxicology tests and an investigation.

Caro's daughter, 17-year-old Janet Villalovos, told The Associated Press that she told Matallana-Galvas to take care of her mother when she dropped her off for the procedure.

"He told me everything's going to be fine, don't worry," Villalovos said.

She said her mother had facial botox injections a week earlier by the same people.

Police identified Matallana-Galvas as a doctor.

However, the state had no information on file on him or Torres-Sanchez, said Douglas C. Cooper, executive director of the Nevada State Board of Medical Examiners.

Under questioning, Matallana-Galvas told detectives he injected Caro with a gel substance, and she walked away from his office, according to a police report.

Elizabeth Flores, an aide to Mattalana-Galvas, told police he called her and said something had gone wrong, and she had her husband drive Mattalan-Galvas and Torres-Sanchez to the airport, the police report said.

The two men were being held without bail at Clark County jail pending a court appearance on Tuesday.