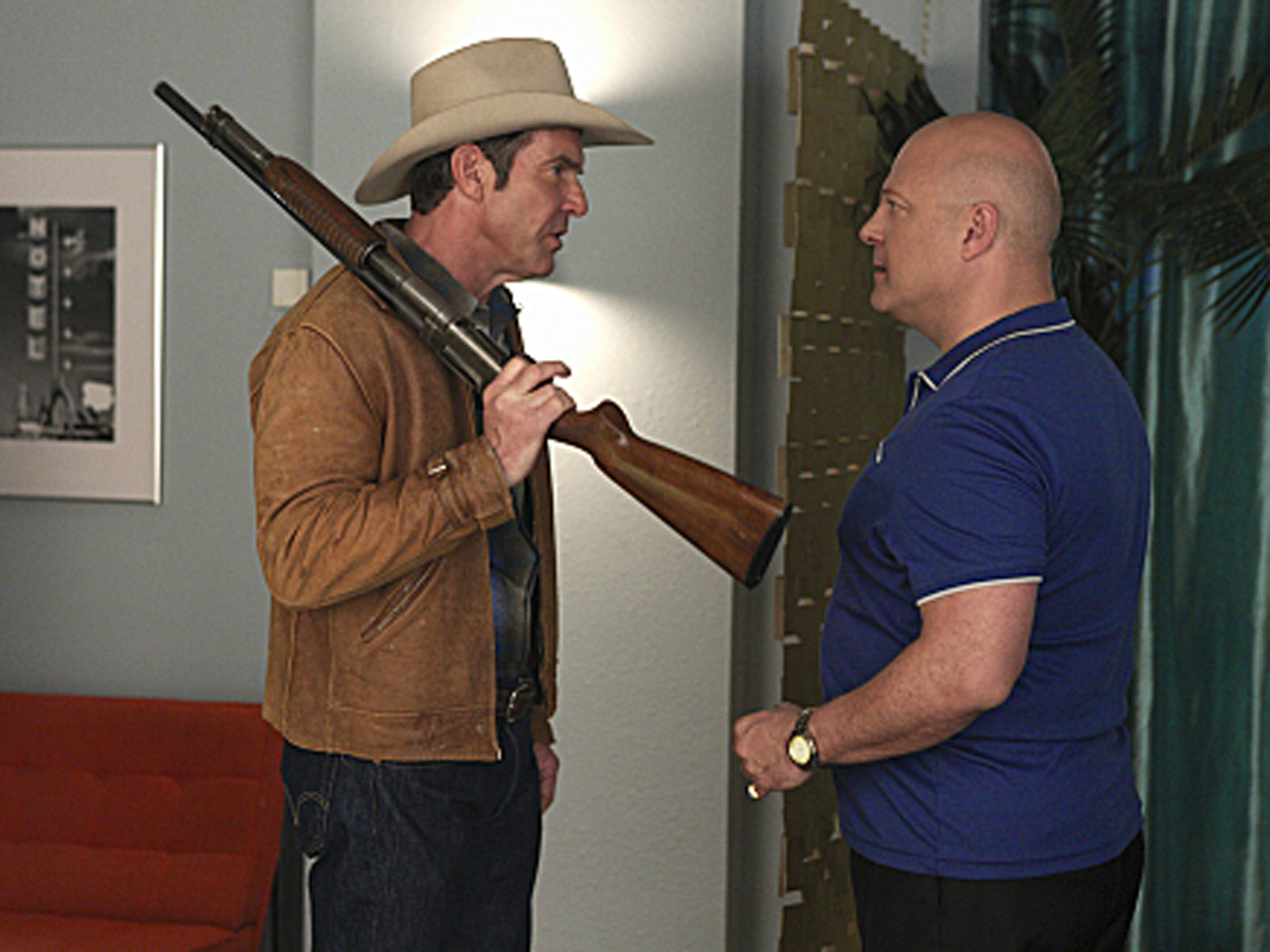 The show,  based on a true story, follows cowboy-turned sheriff Ralph Lamb (Quaid) as he goes head to head with fictional Chicago mobster Vincent Savino (Chiklis).

The pilot opens with Ralph Lamb, Jack Dixon (Jason O'Mara), his brother, and Dixon Lamb, (Taylor Handley) his playboy adult son, herding their cattle when a plane flies over and scatters the herd.

Lamb immediately rides over to the air traffic controllers to remind them they promised to keep planes from flying over his land. When things don't go as planned, he lets his fists do the talking.

The plane was carrying Vincent Savino, the new general manager of the Savoy, a swanky casino on the strip.

When the governor's niece is found murdered, the city's mayor, Ted Bennett (Michael O'Neill), sends for Ralph Lamb because the sheriff is out of town.

Lamb agrees to help out the mayor, with whom he served in the war, in exchange for a promise to keep the planes from flying over his land.

"Planes today; tomorrow, it'll be a highway running right through this city," he explains to his brother Jack about the ever growing city.

Ralph's son and his brother help him to solve the case along with Katherine O'Connell (Carrie-Anne Moss), the assistant district attorney who grew up next to Ralph's ranch.

Ralph finds out that the governor's daughter was working at the Savoy and he starts snooping around the casino to the dismay of Vincent.

When Ralph finds blood in a storage room of the Savoy, he is knocked over the head. While the easy suspects are a motorcycle gang that has been terrorizing the strip, Ralph believes it's someone inside the casino.

In the end, Ralph was right and his discovery already has Vincent worried about what is yet to come.

What did you think of the new drama? Will you tune back in next week to see what happens between Ralph and Vincent?