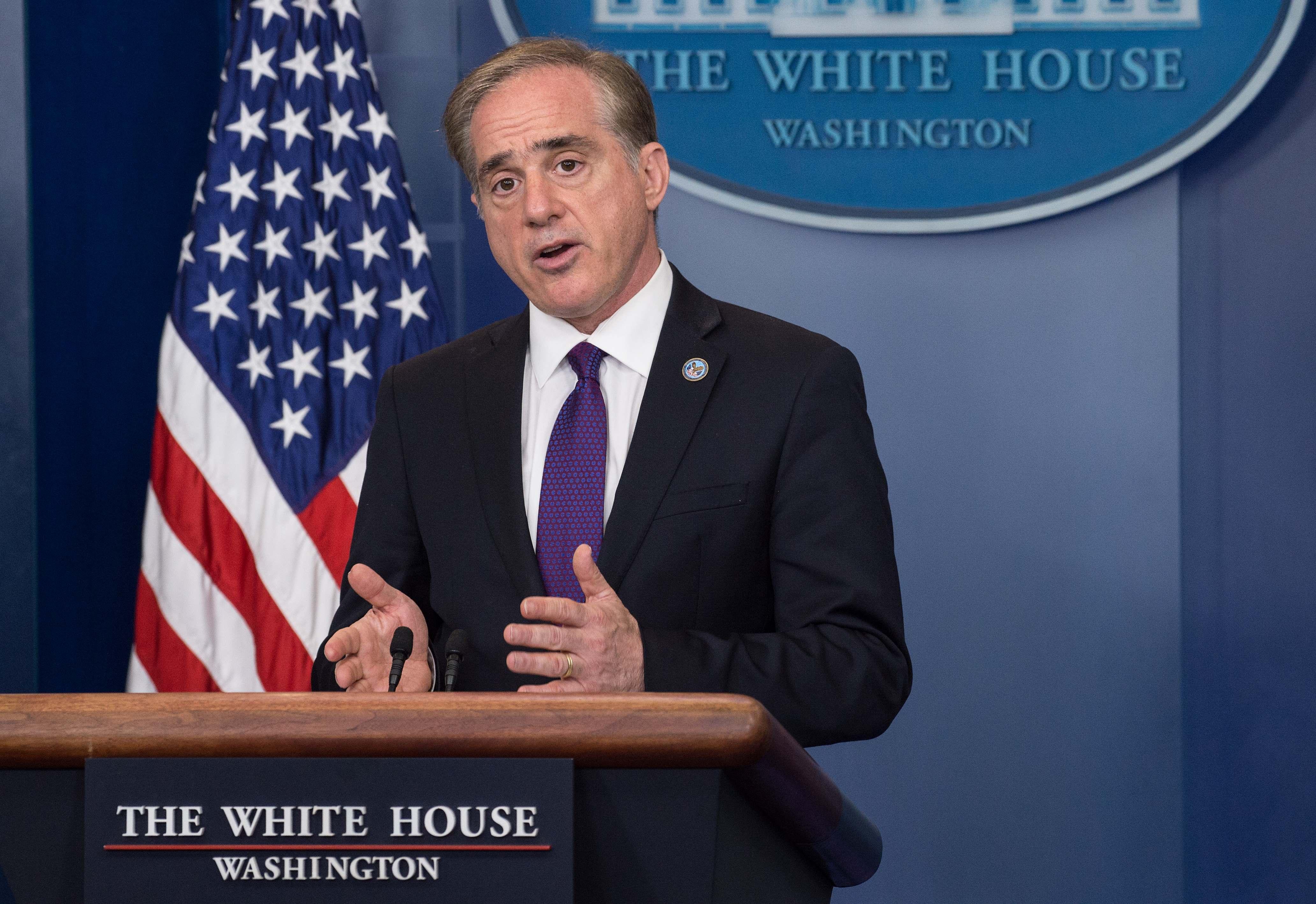 Veterans Affairs Secretary David Shulkin said Monday the department will be overhauling its electronic health records, adopting a commercial product used by the Pentagon that he hopes will improve care for veterans and reduce wait times for medical appointments.

Shulkin made the announcement at a news conference following a promotional tweet by President Trump that it will "be a big day for our veterans."

The system would replace the VA's aging information technology system, known as Vista, which has been in use for decades.

"It's time to move forward, and as secretary I was not willing to put this decision off any longer," Shulkin said.

Under the proposed change, the VA will begin immediately to implement the commercial IT system, which the Pentagon refers to MHS Genesis. He says because all the VA's patients as former service members originate in the Pentagon system, the VA would be better served if it could "trade information seamlessly." Currently, health data between the two departments are shared both manually and electronically and must be "reconciled" to be fully integrated.

"These commercial systems don't talk together and we need them to talk together," said Shulkin at a White House press briefing following the announcement on Monday.

Shulkin added that it was "critical" that the VA has the same interoperability as the the Pentagon.

Shulkin said he also wants to adapt the new system so it can work seamlessly with various health record systems of private doctors outside the VA. The VA is planning a broader overhaul of its Choice program of private-sector care.

Speaking at the White House, Mr. Trump hailed the VA announcement, saying that in the past "it has taken not just days or weeks but many months for the records to follow the veteran." He said that has "caused massive problems for our veterans."

Acknowledging "there is still much work to do," Mr. Trump said the announcement was "truly wonderful, really monumental reform."

Mr. Trump later tweeted further support, calling Shulkin's decision "one of the biggest wins for our veterans in decades."

Shulkin said he intended to move forward on the new technology without competitive contract bidding, citing a "public interest" exception. He noted that when the Pentagon did competitive bidding on its system, it took 26 months.

Shulkin told reporters at Monday's briefing that he expects the process to be "about 3 to 6 months at the latest" and has told Congress that he would need to make a new funding request for IT, but did not say Monday what the expected costs might be.

Government auditors have long pointed to the poor condition of the VA's IT system, and Shulkin made it clear earlier this year that he would be making a decision on revamping it by July — whether by upgrading it or going to a new commercial "off the shelf" product.

He said Monday that the new IT system would be used to schedule VA medical appointments, offering opportunities for improvement after the 2014 scandal involving long waits at the Phoenix VA medical center.

During a "State of the VA" report released last week, Shulkin said the VA was "still in critical condition" despite efforts to reduce wait times for appointments and expand care in the private sector.

In May, Shulkin said his department was seeking to close perhaps more than 1,100 VA facilities nationwide as it develops plans to allow more veterans to receive medical care in the private sector.

At a House hearing, Shulkin said the VA had identified more than 430 vacant buildings and 735 that he described as underutilized, costing the federal government $25 million a year. He said the VA would work with Congress in prioritizing buildings for closure and was considering whether to follow a process the Pentagon had used in recent decades to decide which of its underused military bases to shutter, known as Base Realignment and Closure, or BRAC.