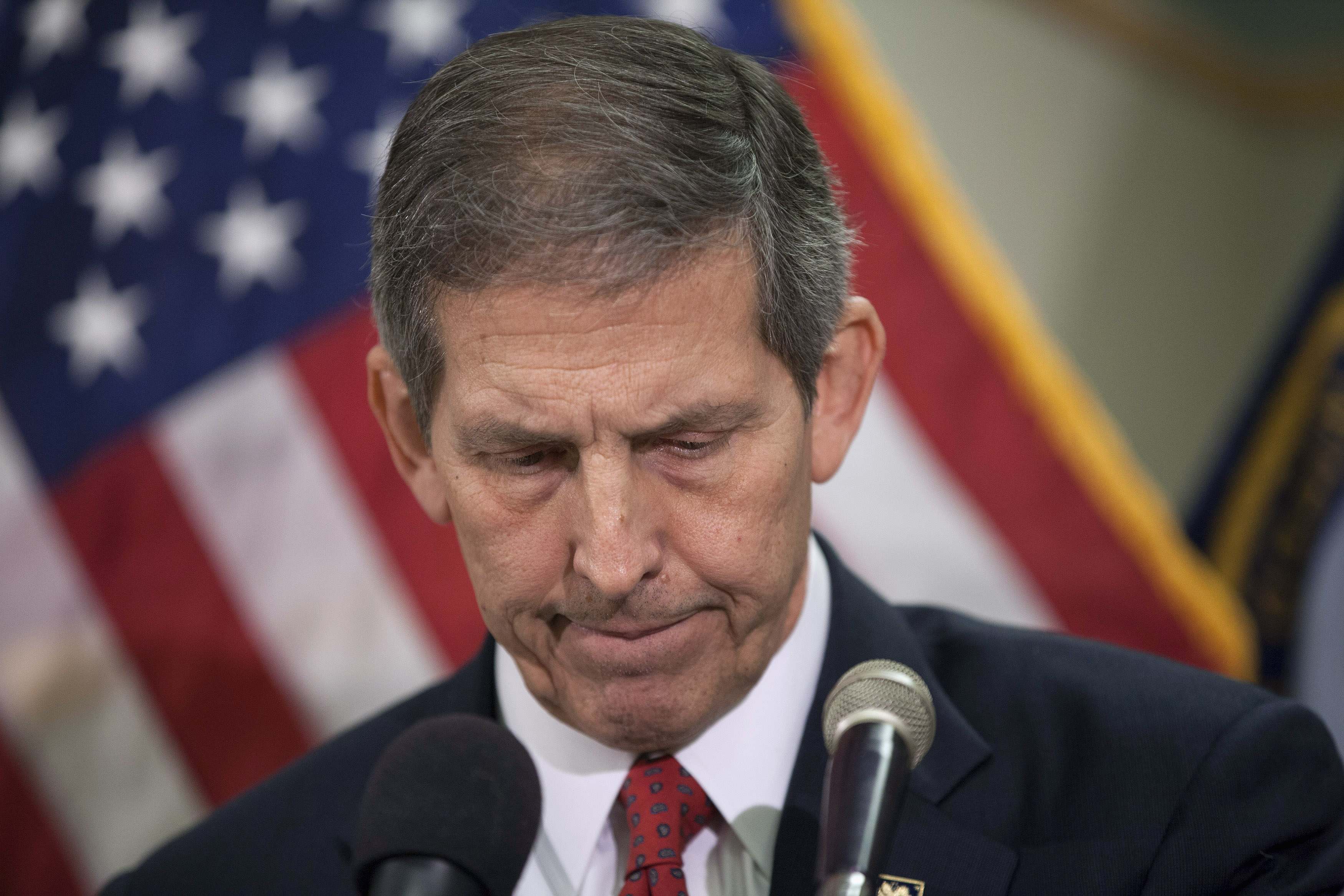 WASHINGTON -- An additional 18 veterans in the Phoenix area whose names were kept off an official electronic Veterans Affairs appointment list have died, the agency's acting secretary said Thursday - the latest revelation in a growing scandal over long patient waits for care and falsified records covering up the delays at VA hospitals and clinics nationwide.

Acting VA Secretary Sloan Gibson said he does not know whether the 18 new deaths were related to long waiting times for appointments but said they were in addition to the 17 reported last month by the VA's inspector general. The announcement of the deaths came as senior senators reached agreement Thursday on the framework for a bipartisan bill making it easier for veterans to get health care outside VA hospitals and clinics.

The 18 veterans who died were among 1,700 veterans identified in a report last week by the VA's inspector general as being "at risk of being lost or forgotten." The investigation also found broad and deep-seated problems with delays in patient care and manipulation of waiting lists throughout the sprawling VA health care system, which provides medical care to about 9 million veterans and family members.

Richard Griffin, the VA's acting inspector general, told a Senate committee three weeks ago that his investigators had found 17 deaths among veterans awaiting appointments in Phoenix. Griffin said in his report last week the dead veterans' medical records and death certificates as well as autopsy reports would have to be examined before he could say whether any of them were caused by delays in getting appointments.

The bill announced Thursday by Senate Veterans Affairs Committee Chairman Bernie Sanders, I-Vt., and Sen. John McCain, R-Ariz., would allow veterans who wait 30 days or more for VA appointments or who live at least 40 miles from a VA hospital or clinic to use private doctors enrolled as providers for Medicare, military TRICARE or other government health care programs.

It also would let the VA immediately fire as many as 450 senior regional executives and hospital administrators for poor performance. The bill resembles a measure passed last month by the House but includes a 28-day appeal process omitted by the House legislation.

The bill is a response to a building national uproar over veterans' health care since a retired clinic director went public in April with accusations that management at the Phoenix VA had instructed staff to keep a secret waiting list to hide delayed care and that as many as 40 patients may have died while waiting for appointments.

Veterans in Phoenix waited an average 115 days for appointments - five times longer than the Phoenix VA had reported, Griffin said. Investigators also have found long waiting times and falsified records covering them up at other VA facilities nationwide, Griffin said. His office is investigating more than 40 of the VA's 1,700 health care facilities nationwide, including 150 hospitals and 820 clinics.

"Right now we have a crisis on our hands and it's imperative that we deal with that crisis," said Sanders.

Both Sanders, the only self-identified socialist in Congress, and McCain, the GOP's presidential nominee in 2008, had introduced competing bills earlier this week. They announced their agreement on a compromise after two days of closed-door negotiations.

McCain said the bill was "a way to help to relieve this terrible tragedy that has befallen our nation's veterans."

The bill also authorizes the VA to lease 26 new health facilities in 18 states and spend $500 million to hire more doctors and nurses. Senate leaders said they hoped to bring the legislation to the floor soon but offered no specifics.

Meanwhile, President Obama's choice to be the top health official at the VA withdrew his nomination Thursday, saying he feared his confirmation could spark a prolonged political battle.

Jeffrey Murawsky, health care chief for the VA's Chicago-based regional office, was nominated last month to be the department's new undersecretary for health care, replacing Robert Petzel, who resigned under pressure. Petzel had been scheduled to retire later this year but was asked to leave early amid a firestorm over delays in patient care and preventable deaths at veterans hospitals.

Murawsky now oversees seven VA hospitals and 30 clinics in Illinois, Indiana, Wisconsin and Michigan, including one in suburban Chicago where there are allegations that its staff used secret lists to conceal long patient waiting times for appointments. Murawsky was a doctor at the Hines, Illinois, hospital and remains on its staff.

In a statement provided to The Associated Press, Murawsky said his withdrawal was "in consideration of recent events, but most importantly in the best interests of serving our nation's veterans."

The White House said in a statement that Murawsky feared a prolonged fight over his confirmation, adding that he believed the role was too important not to be filled quickly.

Mr. Obama accepted Murawsky's withdrawal and will move quickly to find a replacement, the White House statement said. The VA is required by law to convene a commission to seek and review candidates for the position, which oversees the Veterans Health Administration.

Gibson took over the VA temporarily last Friday after former Secretary Eric Shinseki, an ex-Army general, resigned under pressure. Taking care of the 1,700 veterans left off the Phoenix list is his top priority as VA chief, Gibson said during a tour of VA facilities in Phoenix, where the furor started.