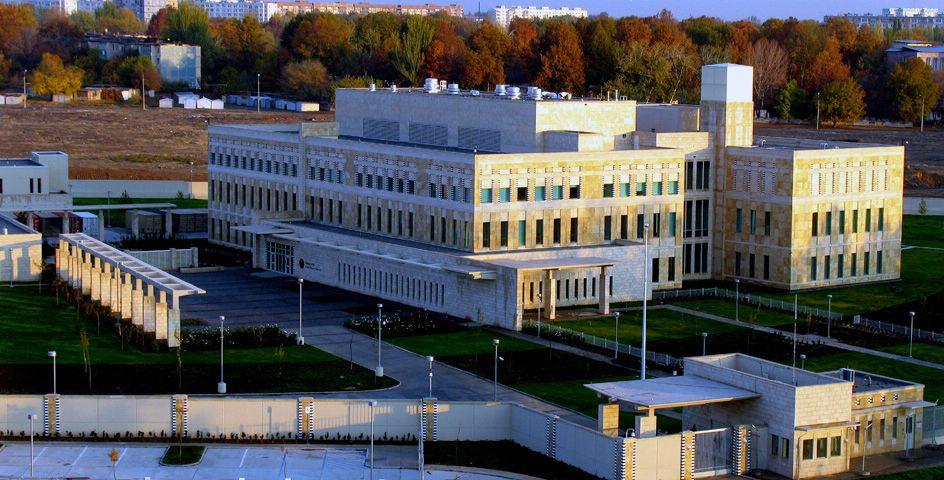 A newly revealed incident reported by a USAID officer who is based at the American embassy in Uzbekistan is raising suspicions Russia may have been involved and could have had a hand in bizarre attacks targeting U.S. diplomats in Cuba, according to American sources.

In September, the officer and his wife reported, according to one source familiar with the incident, what may have been at least one acoustic attack similar to those experienced by the diplomats in Havana.

The first Cuba attacks began in November 2016, and the last report of an attack was in August 2017. Victims of the attacks in Cuba describe hearing a loud, high-pitched sound often described like a hiss of cicadas or crickets in unusual places—often in their homes.

The State Department declined to describe in detail the incident in Tashkent.

Victims of the attacks in Cuba were diagnosed with hearing loss, brain injuries, cognitive issues and other conditions.

The source says the two suffered similar effects and were flown out of Tashkent by the State Department to be evaluated. It is unclear what further diagnosis or care they have had following their departure from Uzbekistan.

‎"We take seriously the health concerns of USG personnel anywhere in the world," the State Department spokesperson told CBS News. "We ensure our personnel are examined and receive appropriate treatment."

On Tuesday afternoon, State Department spokesperson Heather Nauert  said, "We can confirm that there was no incident in Uzbekistan."

USAID, a U.S. government agency that provides foreign assistance in more than 100 countries, maintains its Uzbekistan headquarters office at the American embassy in Tashkent. Its work focuses mainly on agriculture and trade. It referred CBS News inquiries on the incident to the State Department. Although USAID is an independent agency, it works closely with the State Department.

The Central Asian country was once part of the USSR. It declared independence in 1991 during the collapse of the Soviet Union. However, it maintains strong ties with Russia. The two countries held joint military drills in October, their first together in 12 years. Uzbekistan is also considering re-joining the Russian-led military bloc Collective Security Treaty Organization, from which it withdrew in 2012 under long-time President Islom Karimov who died in 2016.

Russia has sought to capitalize on relations with Karimov's successor, President Shavkat Mirziyoyev, at the expense of the U.S.

Now, two U.S. security sources say the September incident in Tashkent raises concerns Russia may be involved, and could have had a hand in the attacks targeting U.S. government personnel in Cuba-another country where Russia has also exerted growing influence.

"The Russians have been rebuilding their relationship—it deteriorated dramatically after the end of the Cold War," according to William Leogrande, a foreign policy professor at American University who focuses on Cuba. Now, "They have a strong presence in Cuba and an historic relationship with Cuban intelligence that might give them the kind of freedom to operate that would provide an opportunity."

Russia has denied any role in the attacks.

Russian Foreign Ministry Spokesperson Maria Zakharova called suggestions about Russia's involvement "absurd" at a press briefing in Moscow August 31, and said "this does not help the normalization of the bilateral relations" between the U.S. and Russia.

The State Department refused to publicly comment on whether it would welcome Russia's involvement in the investigation into the Cuba attacks.