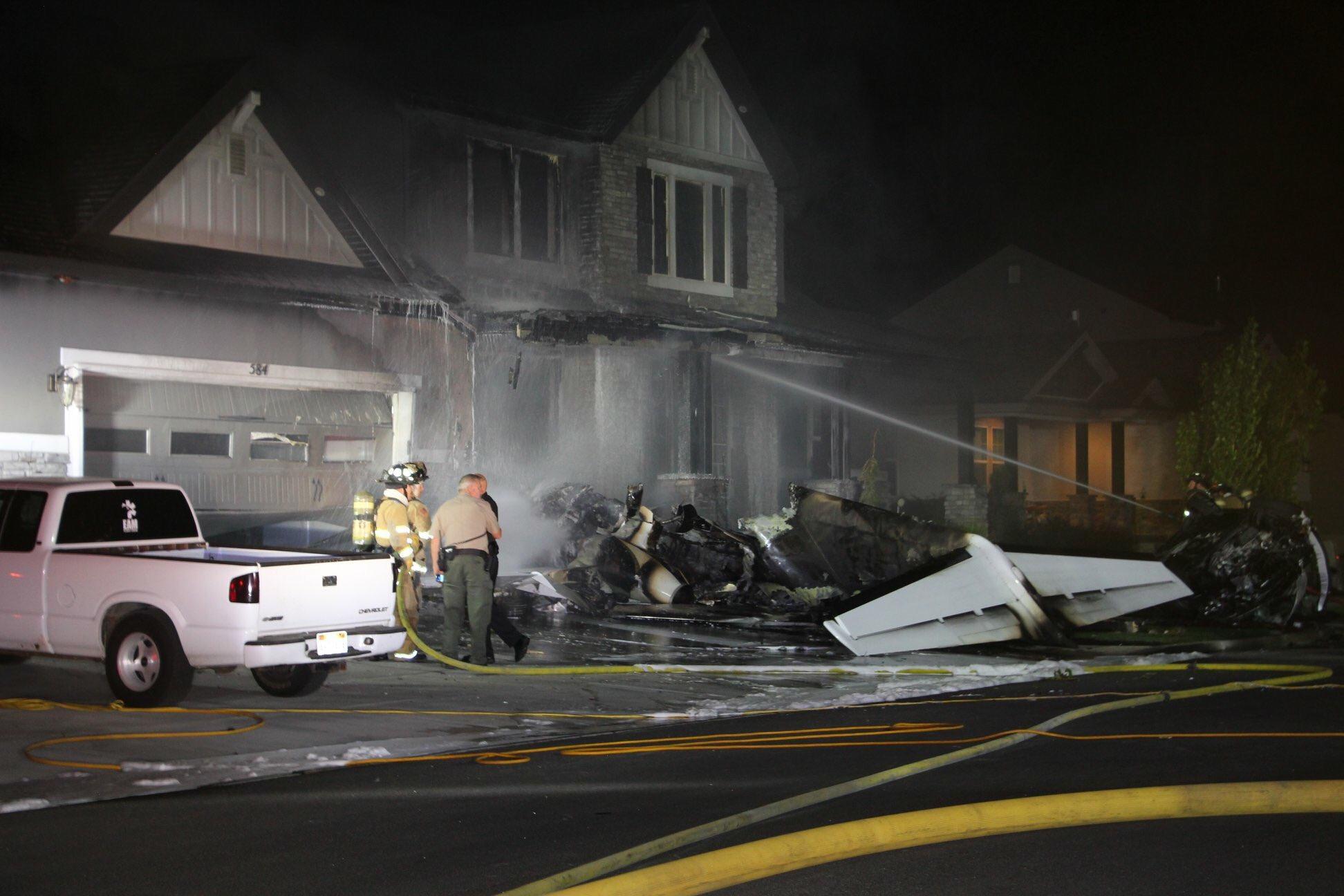 A Utah man crashed a small plane into his house early Monday and died, police said. The pilot was identified as Duane Youd, who was released from jail hours before the crash.

Payson Police Sgt. Noemi Sandoval told reporters the house was "fully engulfed" in flames after the crash. Youd's wife and a boy were inside the home at the time and got out safely, she said.

Sandoval said she didn't know if the boy was Youd's son or his wife's from another marriage. Sandoval didn't identify the wife or the boy.

Youd was arrested Sunday after witnesses saw him assault his wife, Sandoval said. Youd was booked into the Utah County Jail around 7:30 p.m. and was released on bail, she said.

At around 12:30 a.m. Monday, Youd called police so an officer could accompany him to his home, Sandoval said. He picked up some belongings and his truck and then he left without incident.

According to the FAA, a twin-engine Cessna 525 crashed into the house around 2:30 a.m., CBS News transportation correspondent Kris Van Cleave reports. Sandoval said the plane took off from Spanish Fork-Springville Airport.

"He is an experienced pilot, and he flew from Spanish Fork airport directly here into the home," Sandoval said. Youd flies for the company that owns the plane.

Youd clipped a shed on the side of home, Sandoval said. "That maybe changed his trajectory a little bit," she said.

"We don't know what his ultimate goal is, whether he meant to hit it low like he did or he meant to hit it higher," Sandoval said. "The lucky thing for us, if anything, in this whole situation is that we have destruction of property and we have one male deceased, but it could have been so much worse than what it was."