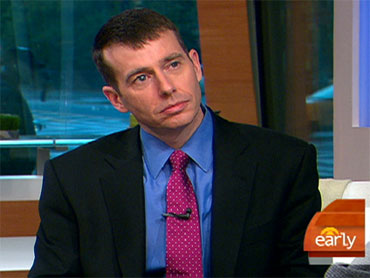 Thousands of war-weary sailors arrived in San Diego on Friday and were reunited with loved ones after nearly 10 months deployed in the Persian Gulf for the war in Iraq.

Sailors in spotless white streamed down the gangplanks to embrace whooping, weeping parents, wives, husbands and children at North Island Naval Air Station. They included dozens of fathers who had never seen their children, born during one of the longest aircraft carrier deployments in recent U.S. military history.

"Stand around here long enough, and you'll hear so many cuss words," he said. "It takes a long time to get off the ship."

Many sailors used cellular telephones to chat with loved ones in the long minutes before the gangways opened.

"Life is about to change. But it's changing in a good way," said Petty Officer 3rd Class Seth Elrod, 21, of Griffin, Ga. His 4-month-old daughter, Grace, was born while he was at sea.

Elrod spotted his wife and baby in the crowd.

"She's there, holding my baby. She looks so good," he said, pointing to a woman standing on the port.

Elrod said he believed his daughter would understand one day why he missed her first months of life.

"I'll tell her I was helping make the world a better place," he said.

Michelle Douthitt, 32, of Lemoore, Calif., waited for her husband, Christopher, with their 3-month-old daughter, Cameron, who was born one month premature.

"He's nervous that my baby won't know him or won't like him. I tell him that she's only 3 months old."

About 5,000 sailors were to disembark at the station, with another 3,500 continuing on to Everett, Wash. on Saturday morning. While on board, the vessel processed 3 million e-mails, 1.1 million pounds of mail, and sent 1,415 tax returns.

Petty Officer 2nd Class Aram Zakarian, 28, of Los Angeles said he bought a bouquet of roses for $15 aboard ship to give to his wife, Heather.

Zakarian said he was most looking forward to the little things, such as watching television and simply eating dinner.

"Just putting my feet on carpet, that's huge," he said.

Zakarian also said he wanted to get to know his 5-year-old daughter Celina. For nearly 10 months, they have had to make do with sharing photos and short video clips.

"Oh my God! I'm so happy," said Petty Officer 3rd class Cheryl Penally, 21, of Gallup, N.M., as she searched the crowd for her mother.

"I've been out to sea for so long. It's like coming home to something new," Penally said.

The first sailor off the ship, at about 9:30 a.m., was Petty Officer Daniel Eaton, from Bakersfield, Calif. He was chosen by raffle.

The crowd of about 2,000, some of whom had waited since 4 a.m., erupted in cheers about 75 minutes earlier when the ship first came in sight.

Sara Campfield, 22, of Hanford, Calif., said her husband, Petty Officer John Campfield, missed his first anniversary and his mother's major surgery while on board. She said she was bracing for big changes over the next few weeks.

Nancy Wilson, 26, of Camarillo, Calif., hoisted a sign proposing marriage. She had another sign that jokingly said, "I'm half-naked, let my sailor off the boat."

She and her fiancee had planned to marry May 30 but the wedding was canceled after his deployment was extended.

Petty Officer 1st Class Jason Nowland, 33, of Sacramento said he was meeting his wife, Ana. The couple have been married about a year but they've only been together a few months.

"We're taking our honeymoon. We're going to go to Mexico," he said.

Nowland said his wife suggested a cruise for the couple.

Flags and red, white and blue balloons bobbed in the crowd, while the bridge of the massive vessel was festooned with a U.S. flag banner with the words "Mission Accomplished."

The sailors were visited Thursday by President Bush, who announced that they were homeward bound.

Bush left by aircraft Friday morning before the vessel docked. A Marine helicopter picked him up from the vessel and took him to North Island Naval Air Station ahead of the docking ship. He then flew to California's Silicon Valley to visit a defense contractor.