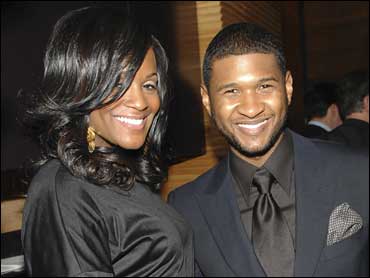 Usher is expecting bigger things than a new album. The superstar announced Wednesday that he and fiancée Tameka Foster are expecting their first child together.

"We are extremely excited at this point in our lives, planning our wedding and the joy that comes with expecting our first child together," the couple said in a statement released to The Associated Press. "We hope people will be happy for us and respect our privacy during this happy period in our lives."

The baby is due in the fall, according to a representative for Usher.

This would be the first child for the R&B crooner-actor, and the fourth for the recently divorced Foster.

This is shaping up to be a busy year for Usher. Besides his marriage and a baby, he is expected to release the follow-up to his 8-million selling, Grammy-winning album "Confessions," released in 2005. He also has a fragrance due out in September.