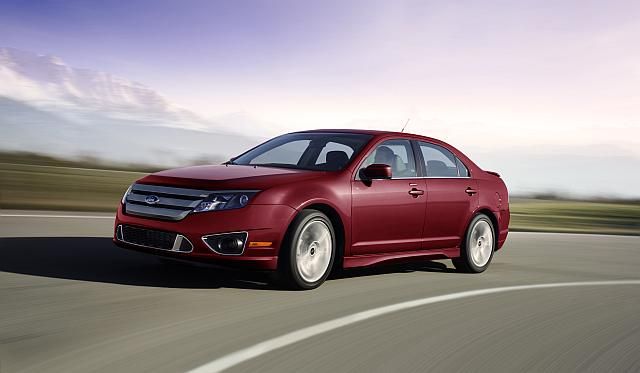 Used car values have risen for the last two years, making late-model used cars not much cheaper than buying new. Starting with the financial crisis in 2008, fewer new cars were sold or leased. That resulted in recent years in a shortage of trade-ins or off-lease cars in the used car market. Now rising new-car sales, expected to top 14 million this year in the U.S., are boosting the used car supply with trade-ins.

The result, says analyst Beggs, is that used car wholesale prices are dropping. Midsize sedans, partly in anticipation of the new models, are down 9.4 percent in the last 12 weeks, he notes. "This trend is going to produce some values for retail shoppers in the used car market," he adds.

To take one example, a 2013 Ford Fusion SE with standard options has a typical selling price of $23,394, according to Kelley Blue Book. The SE is rated at 25 MPG in city driving and 37 on the highway. But the equivalent 2012 model with 16,500 miles on the odometer is selling for $17,203 if bought at a dealership. That 2012 Fusion was top-ranked among midsize cars by reviewers cited by U.S. News, with a mileage rating of 22 MPG in the city, 29 on the highway.