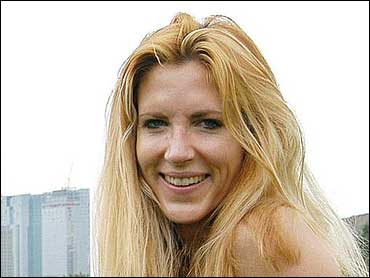 USA Today has dropped plans to have conservative author Ann Coulter write a daily column from the Democratic convention. The newspaper dropped Coulter in a dispute over the first column she had written about the Democrats.

"It was just differences over editing of a fairly ordinary kind," USA Today Editorial Page Editor Brian Gallagher told Editor & Publisher. "We had some different conceptions of what the column should be, we tried to work them out and when we couldn't, we decided the best course of action was for us to go our own ways."

Jonah Goldberg, a conservative who writes for the National Review, will replace Coulter.

"USA Today doesn't like my 'tone,' humor, sarcasm, etc., which raises the intriguing question of why they hired me to write for them," Coulter said in a statement.

Coulter published the disputed column on her Web site. After writing that cops and pretty girls were her allies at the convention, she had this to say about the women in attendance:

"My pretty-girl allies stick out like a sore thumb amongst the corn-fed, no make-up, natural fiber, no-bra needing, sandal-wearing, hirsute, somewhat fragrant hippie-chick pie wagons they call 'women' at the Democratic National Convention."

Here's how Coulter opened the column: "Here at the Spawn of Satan convention in Boston, conservatives are deploying a series of covert signals to identify one another, much like gay men do. My allies are the ones wearing crosses or American flags. The people sporting shirts emblazoned with the 'F-word' are my opponents."