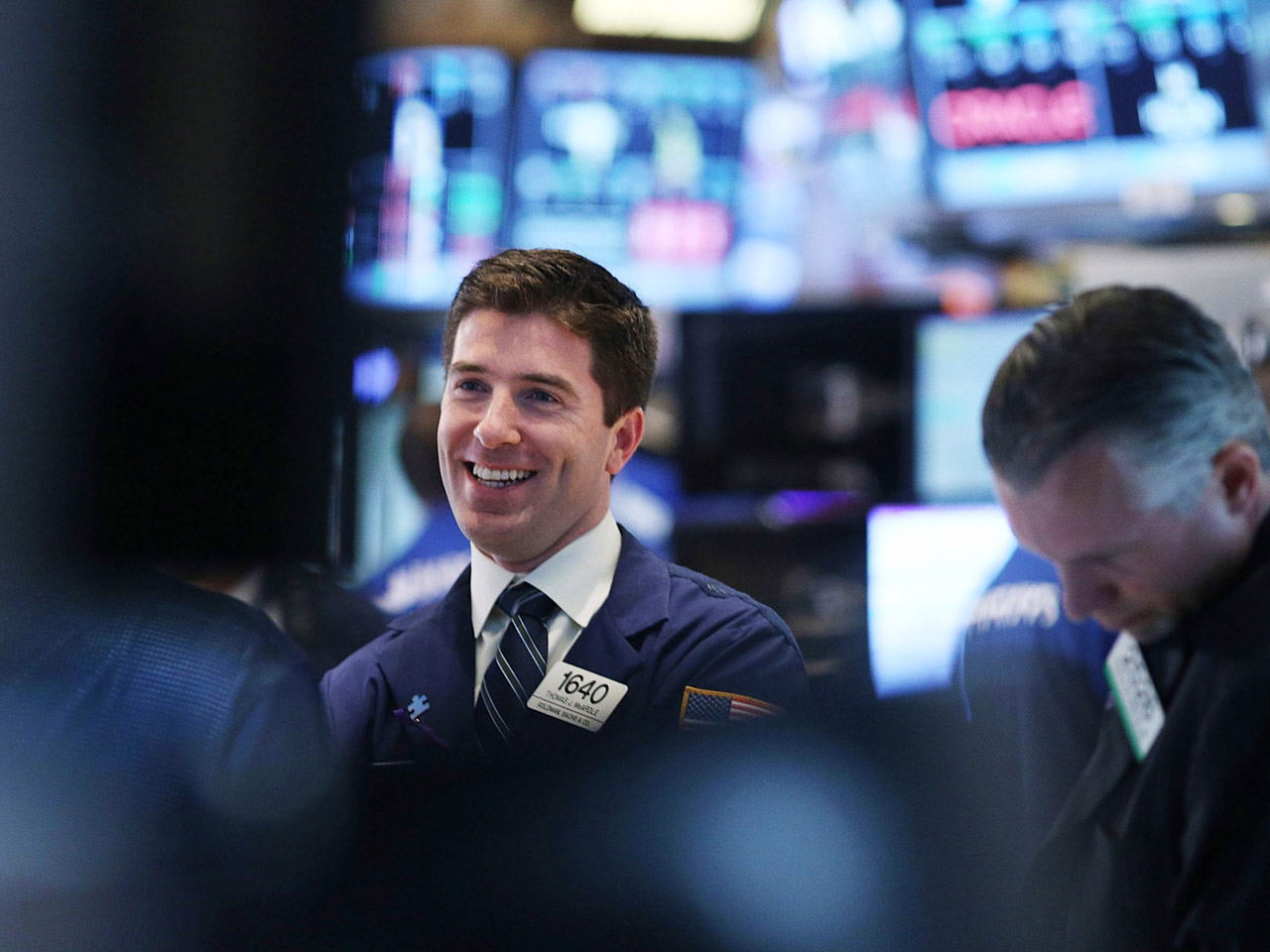 Stocks broke through a slump and posted strong gains on Monday, powered by two big corporate deals and a report that suggests the economy is getting stronger.

The Dow Jones industrial average is now up two trading days in a row and has reduced some of the losses from last week.

Stocks have turned volatile ahead of a Federal Reserve meeting that begins Tuesday, as investors bet on whether the central bank will dial back the stimulus that has boosted stock prices this year. All of the big indexes are up more than 20 percent for the year.

Two major deals caught investors' attention: Chipmaker Avago Technologies is buying LSI Corp. for $6.6 billion. Avago was up $4.15, or 9 percent, to $49.80, while LSI rose $3.05, or 39 percent, to $10.97. AIG is selling its aircraft leasing business for about $5.4 billion to Dutch leasing company AerCap.  AIG has been selling major assets after getting a bailout during the financial crisis. Its shares rose 67 cents to $50.39.

The Avago-LSI deal helped make tech stocks the biggest gainers among the 10 industries in the S&P 500, all of which rose. Others with gains included computer hard drive makers Western Digital and Seagate, which both benefited from analyst upgrades.

Just last week, such positive reports were making investors nervous. That's because they feared that the Fed would think that the economy is doing so well that its $85 billion in monthly bond-buying is no longer needed.

"People are starting to warm to the idea that good news is good news," said Brad McMillan, chief investment officer for Commonwealth Financial. For a while, investors felt, "'Oh my goodness, we won't be able to survive without Fed support.' But people are actually seeing that things really are getting better."

The Fed will release a statement and projections for the economy Wednesday. Economists are almost unanimous in believing that the Fed will not begin winding down its stimulus program just yet.

Archer Daniels Midland rose 50 cents, or 1 percent, to $40.84 after saying it will boost its dividend 26 percent.