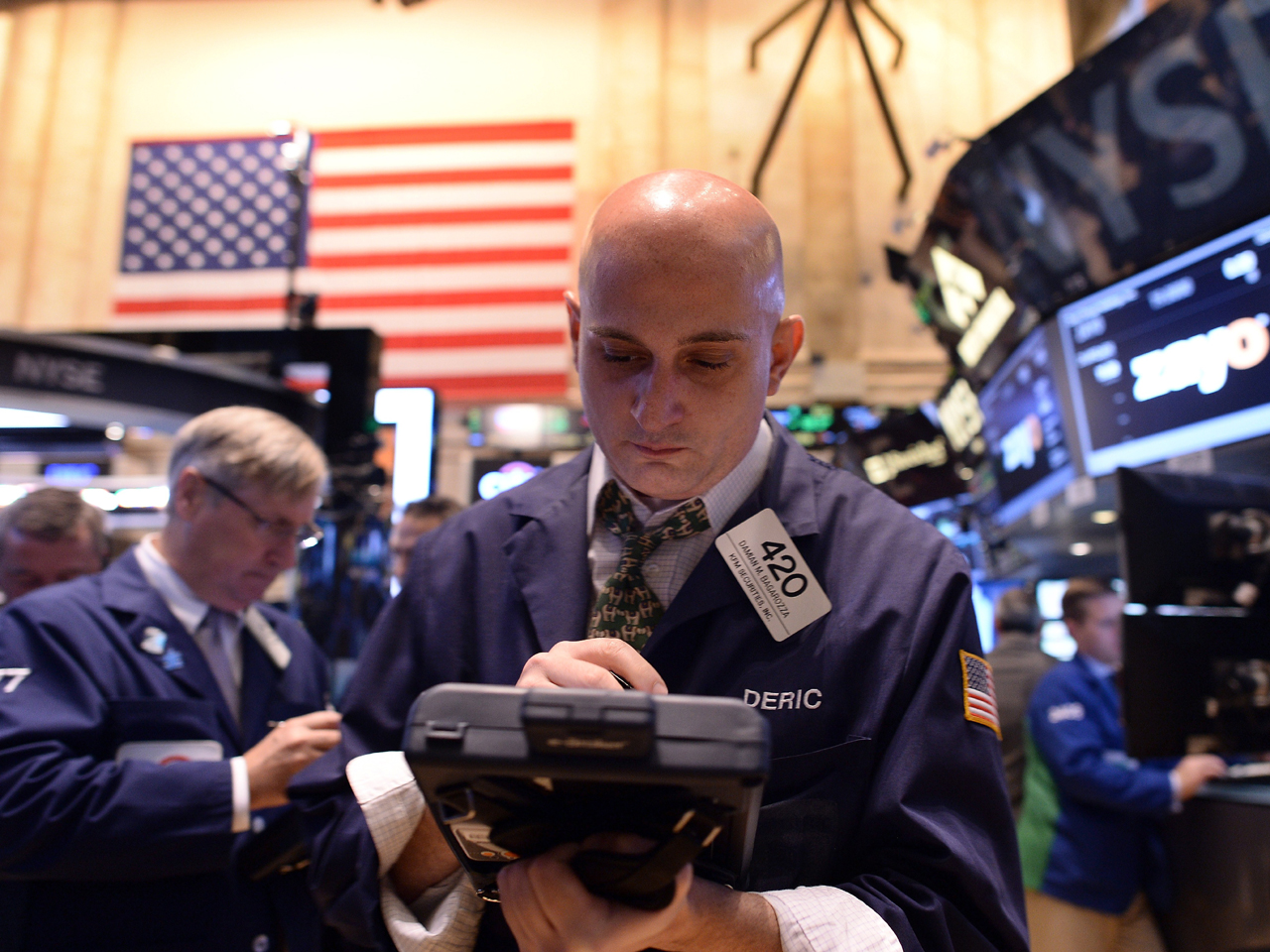 Investors have been riding wild market swings for much of the week. The increased volatility reflects heightened concerns about weaker growth in Europe and its implications on corporate profits, as well as plunging oil prices and many geopolitical uncertainties, from conflicts in Syria and Iraq to the unknown impact of the Ebola virus outbreak.

Traders attributed the bounce on Friday to several factors. St. Louis Federal Reserve President James Bullard said in an interview Thursday that the central bank should delay cutting back its economic stimulus. Also, the S&P 500 and Nasdaq composite came close to entering into what's known as a "correction," or a decline of 10 percent or more from a recent peak. Technical traders will often step back into the market when indexes approach a correction. Also, strong corporate earnings are helping allay investors' concerns.

"There's got to be a little bit of a relief rally in this," said Drew Wilson, equity analyst with Fenimore Asset Management.

General Electric's shares rose nearly 3 percent after the company reported better-than-anticipated third-quarter profit, citing improved performance in its aviation and oil and gas divisions. Since GE's large range of businesses cover so many parts of the economy, investors often see its results as a bellwether for how U.S. industry is doing. GE rose 91 cents to $25.16.

Textron, another industrial conglomerate, led the gainers in the S&P 500 index with a 14 percent jump after its own earnings came in far ahead of what analysts were expecting. Textron rose $3.24 to $36.90.

Overall, the S&P 500's industrial sector rose 2.1 percent in midday trading, making it the best performing part of the market.

Homebuilder stocks rose after the Commerce Department reported that construction firms broke ground on more apartment complexes in September, pushing up the pace of U.S. homebuilding up 6.3 percent to a seasonally adjusted annual rate of 1.017 million homes. Apartment construction has surged 30.3 percent over the past 12 months. Hovnanian Enterprises jumped 24 cents, or 7 percent, to $3.74 and Beazer Homes rose 56 cents, or 3 percent, to $17.55.

U.S. Treasury yields rose as their prices fell. The yield on the 10-year Treasury note rose to 2.20 percent from 2.15 percent late Thursday. Benchmark U.S. crude rose 5 cents to $82.75 a barrel in New York.