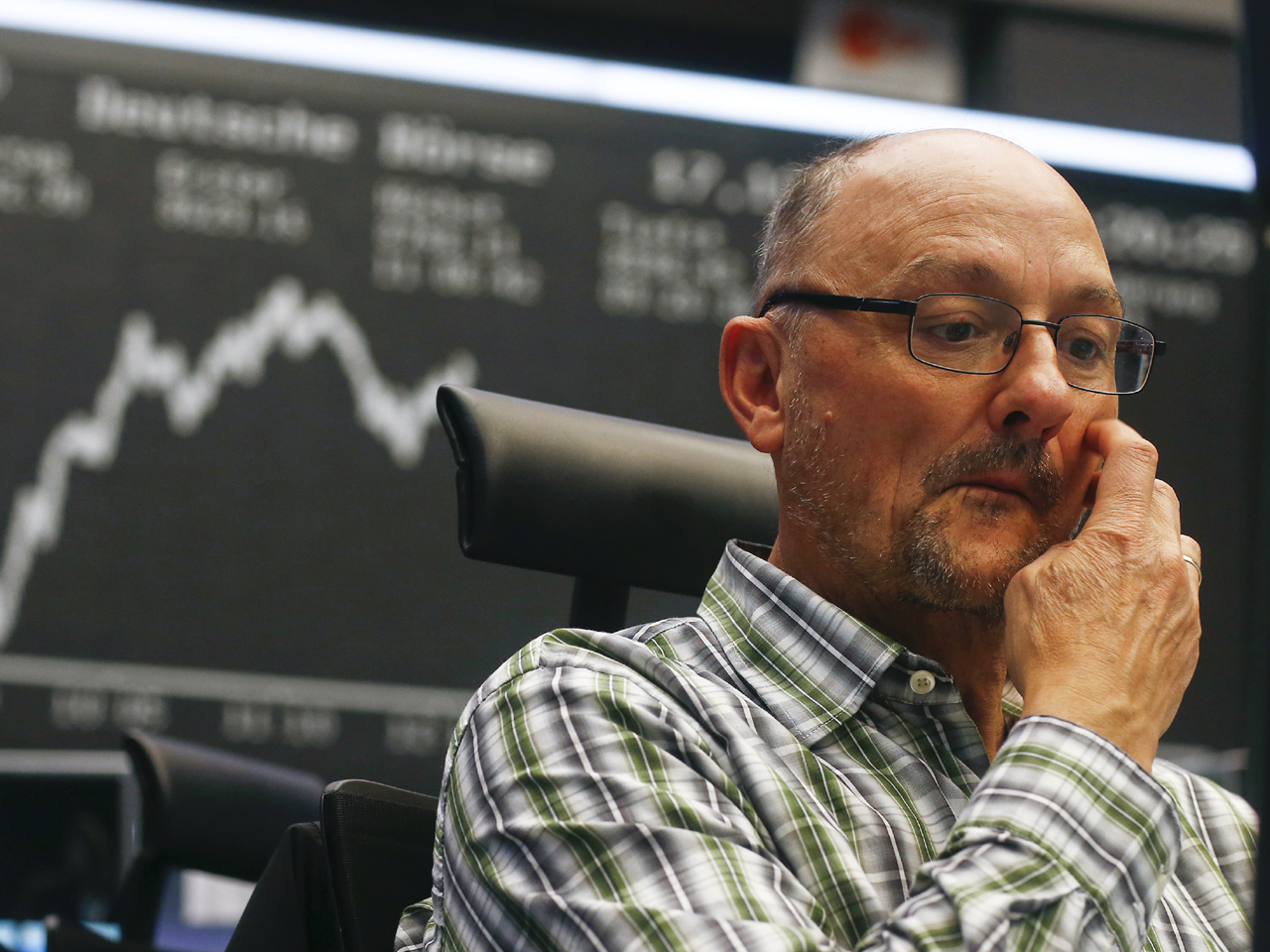 "Large daily moves are a good reminder to investors that the superior long term gains in shares are accompanied by higher risk," said Michael McCarthy, chief market strategist at CMC in Sydney. "This week's moves have largely ignored data. However, GDP estimates in Europe and housing numbers in the US (later Friday) speak directly to recent market concerns around growth. Next week, the other major economy, China, will report industrial production and retail sales to round out the global picture."

Remarks from St. Louis Fed President James Bullard helped perk up stocks. In an interview with Bloomberg TV, Bullard said that the Federal Reserve should consider putting off winding down its monthly bond purchases this month as planned. Bullard is not a voting member of the central bank's policymaking committee, but as the head of a branch of the Fed investors still followed his remarks closely. The Fed's monthly bond purchases are currently $15 billion, which is helping to keep interest rates low and supporting investment in higher-yielding assets such as stocks.

The number of people seeking U.S. unemployment aid dropped to the lowest level in 14 years last week, the latest signal that companies are cutting few workers and hiring could pick up. That reinforced confidence in the U.S. economic recovery at a time when Europe and Japan are struggling.

Benchmark U.S. crude was up 11 cents at $82.81 a barrel in electronic trading on the New York Mercantile Exchange. The contract rose 92 cents to close at $82.70 on Thursday despite an Energy Department report showing a sharp increase in U.S. stockpiles.