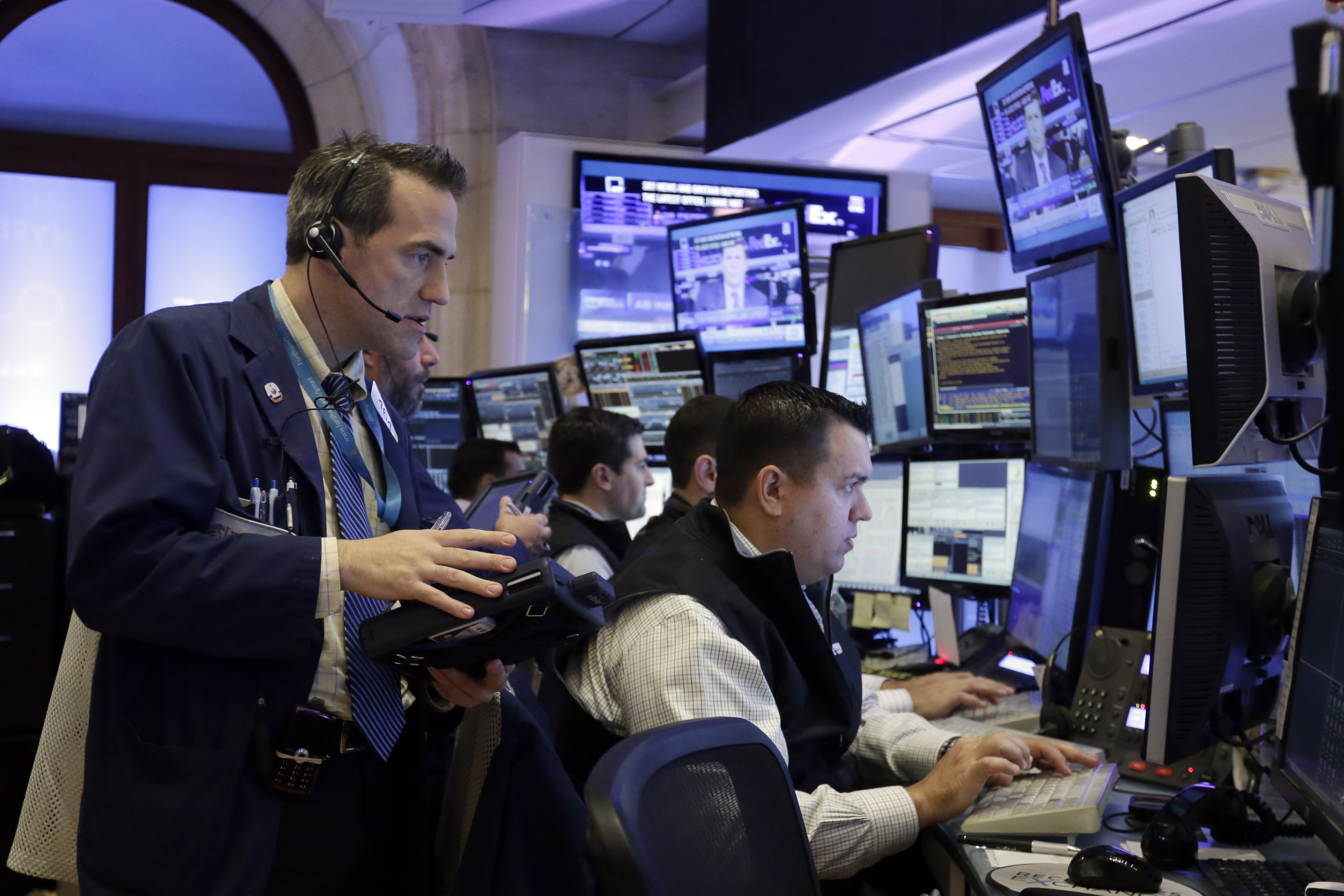 NEW YORK - U.S. stocks are little changed in afternoon trading Monday as traders look ahead to the start of corporate earnings season.

The stock market is coming off its best week of the year. Drugmaker Eli Lilly dropped after announcing that it had stopped the development of a drug to treat cardiovascular disease. EMC gained after agreeing to be acquired by Dell.

Data storage company EMC climbed 44 cents, or 1.6 percent, to $28.30 after Dell said it was acquiring the company in a deal valued at about $67 billion. Since going private in 2013, Dell has been investing in research and development and expanding its software and services business.

Eli Lilly dropped after the drugmaker said it was halting development of evacetrapib, a drug that was intended to treat patients with high-risk cardiovascular disease. The stock fell $6.40, or 7.4 percent, to $79.82.

The stock market is coming off its best week of the year. Most of the gains came after the release of last week's disappointing jobs report, which suggested the Federal Reserve would postpone a long-anticipated interest rate rise for several months. That signal was reinforced Thursday, when the minutes from the September Fed meeting showed policymakers are too concerned about low inflation and the slowdown in China to raise interest rates. Low rates can help boost stocks by reducing returns on other, fixed-income investments such as bonds.

Forecasters expect data Tuesday to show China's September imports contracted by as much as 15 percent from a year earlier in a new sign of weakness in the world's second-largest economy. Exports are expected to have declined as well due to weak global demand. The slowdown has sent shockwaves through economies that supply raw materials and components to China's vast manufacturing industry.