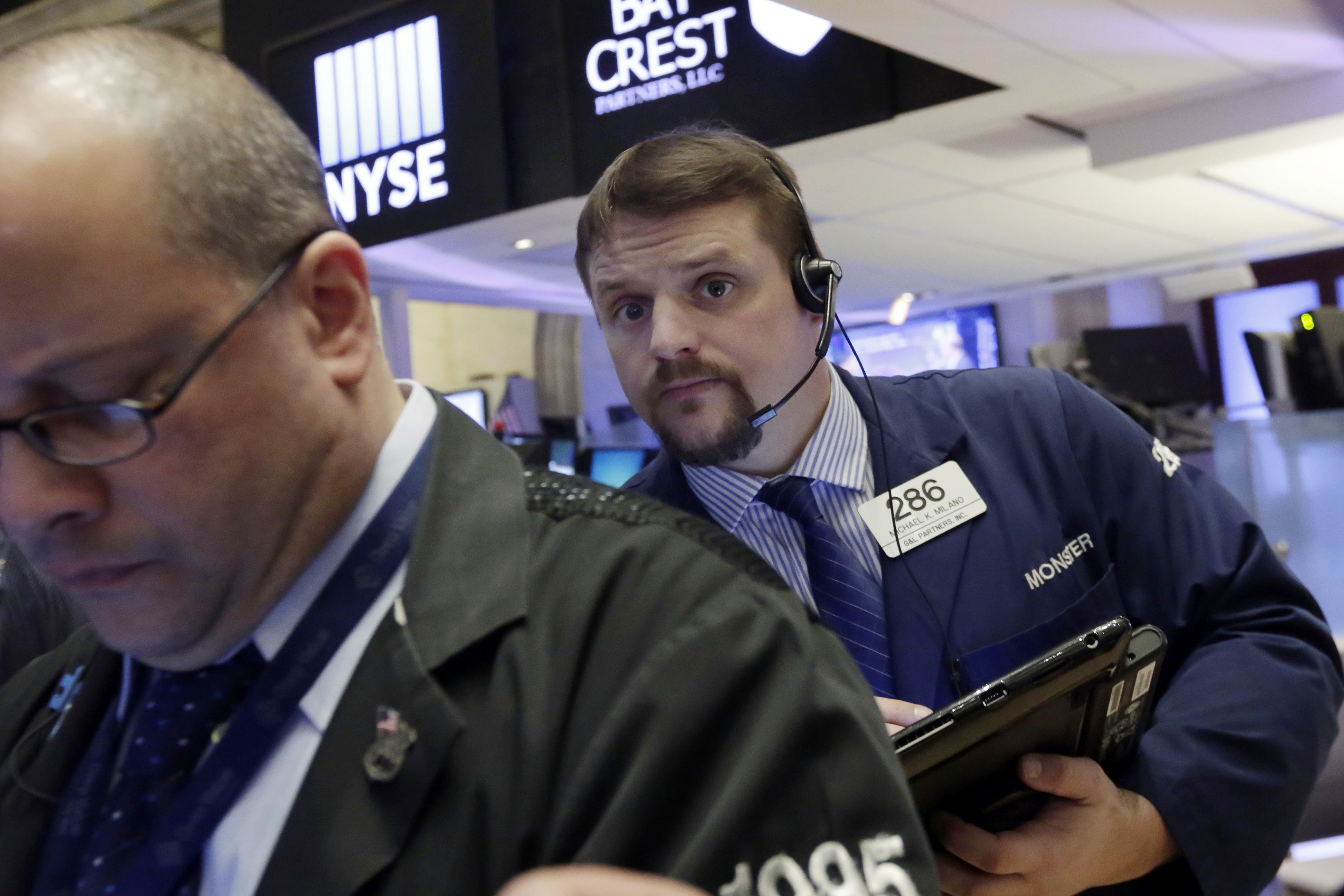 NEW YORK - U.S. stocks are mostly lower Tuesday afternoon, led by a steep decline in drug company shares. Investors are worried that it will become more difficult for the companies to raise drug prices. Energy and materials companies are falling along with the price of oil and precious metals.

Trading has been relatively calm this week as investors wait for the Federal Reserve's Open Markets Committee to meet and make its remarks on interest rates and the economy. The meeting ends Wednesday, and while the Fed is not expected to raise interest rates, investors will pore over the Fed's views on the economy and look for hints about its plans. In December the Fed raised interest rates for the first time in almost a decade, but it left them unchanged in January.

Valeant Pharmaceuticals cut its estimates for 2016 and said it could default on some of its debt if it does not complete required financial statements by late April. The Canadian company is under scrutiny from Congress over drug prices and it is being investigated by the Securities and Exchange Commission. The stock plunged $36.87, or 46.6 percent, to $36.87, its lowest price since late 2011.

Acquiring older drugs and raising their prices is a key part of Valeant's business. Other similar companies have tumbled as Congress has raised questions about the practice. On Tuesday Mallinckrodt lost $7.41, or 10.6 percent, to $62.20 and Endo International fell $3.48, or 8.3 percent, to $38.60. Valeant stock has fallen more than 80 percent over the last six months, while Endo is down about 50 percent. Mallincrkodt has dropped about 50 percent since early August.

Drugmaker Eli Lilly fell on concerns surrounding the potential approval of a drug designed to treat dementia caused by Alzheimer's disease. The company said Tuesday it is changing the goal of a late-stage trial, and investors worried the change makes it less likely regulators will approve the drug. The stock gave up $2.92, or 4 percent, to $70.99.

While low oil prices are good news for consumers and many businesses, the market has slumped in recent weeks when oil declined. That's in part because investors fear that the falling prices are a sign the global economy is weakening. Oil prices have climbed over the last few weeks, which helped set off a broader market rally.

The Commerce Department said retail sales slipped in February, as consumers spent less and remain cautious about the state of the economy in spite of steady hiring. Sales fell 0.1 percent compared with a year earlier, though they improved if gas and auto sales are left out. The government also said sales fell in January, changing an earlier estimate that spending increased.

Spending by consumers makes up 70 percent of the U.S. economy.

Outerwall, the company behind Coinstar coin-counting kiosks and Redbox disc-rental kiosks, indicated it may look to sell itself by saying it will seek "strategic and financial alternatives" to boost value for its shareholders. It also doubled its quarterly dividend. The stock added $2.74, or 8 percent, to $37.13.

The Bank of Japan left its monetary policy unchanged Tuesday but downgraded its assessment of conditions in the world's third-largest economy, citing risks from weaker growth in China and other emerging economies and volatility in financial markets, among other factors. Tokyo's Nikkei 225 lost 0.7 percent and Hong Kong's Hang Seng declined 0.7 percent Seoul's Kospi was off 0.1 percent and the Shanghai Composite Index gained 0.2 percent.