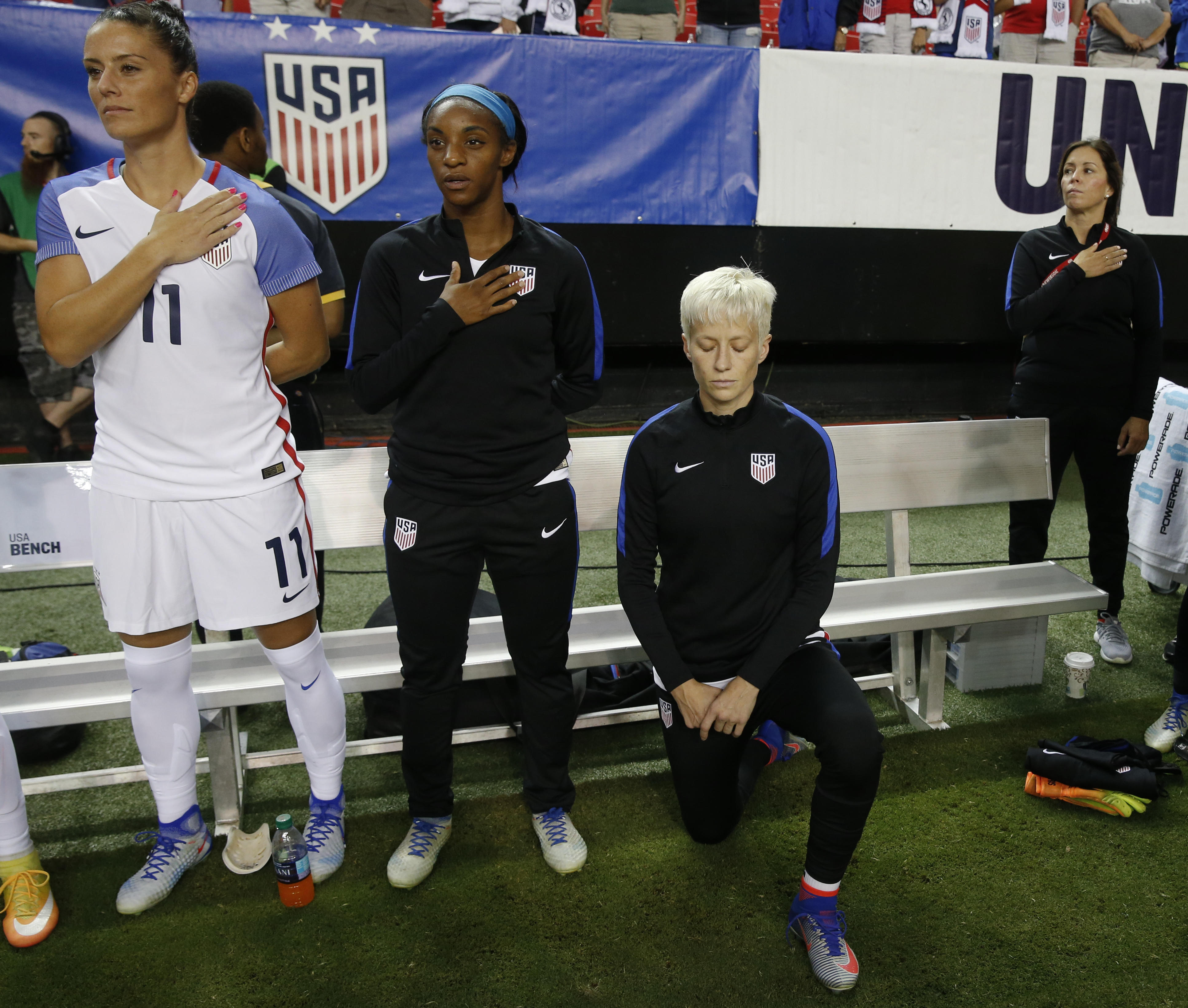 ATLANTA -- Midfielder Megan Rapinoe again knelt during the national anthem before a U.S. women’s national team match against the Netherlands on Sunday night.

Rapinoe has been kneeling in solidarity with San Francisco 49ers quarterback Colin Kaepernick, who has not stood during the anthem since the NFL preseason to draw attention to racial inequality.

Rapinoe did not start in Sunday night’s match at the Georgia Dome.

Rapinoe also knelt before the team’s game against Thailand in Ohio on Thursday. U.S. Soccer issued a statement suggesting she may face repercussions.

Rapinoe has also knelt during a game with her club team, the Seattle Reign of the National Women’s Soccer League. However, on Sept. 11 anniversary she stood and linked arms with her teammates.

“It was very intentional,” Rapinoe told American Soccer Now after the first time she took a knee during the anthem before the game against Seattle. “It was a little nod to Kaepernick and everything that he’s standing for right now. I think it’s actually pretty disgusting the way he was treated and the way that a lot of the media has covered it and made it about something that it absolutely isn’t. We need to have a more thoughtful, two-sided conversation about racial issues in this country.”

“Being a gay American, I know what it means to look at the flag and not have it protect all of your liberties. It was something small that I could do and something that I plan to keep doing in the future and hopefully spark some meaningful conversation around it. It’s important to have white people stand in support of people of color on this. We don’t need to be the leading voice, of course, but standing in support of them is something that’s really powerful.”

The 31-year-old Rapinoe helped the U.S. win the World Cup last year and played in the Rio Olympics.

“It’s the least I can do. Keep the conversation going,” Rapinoe tweeted on Sept. 4.