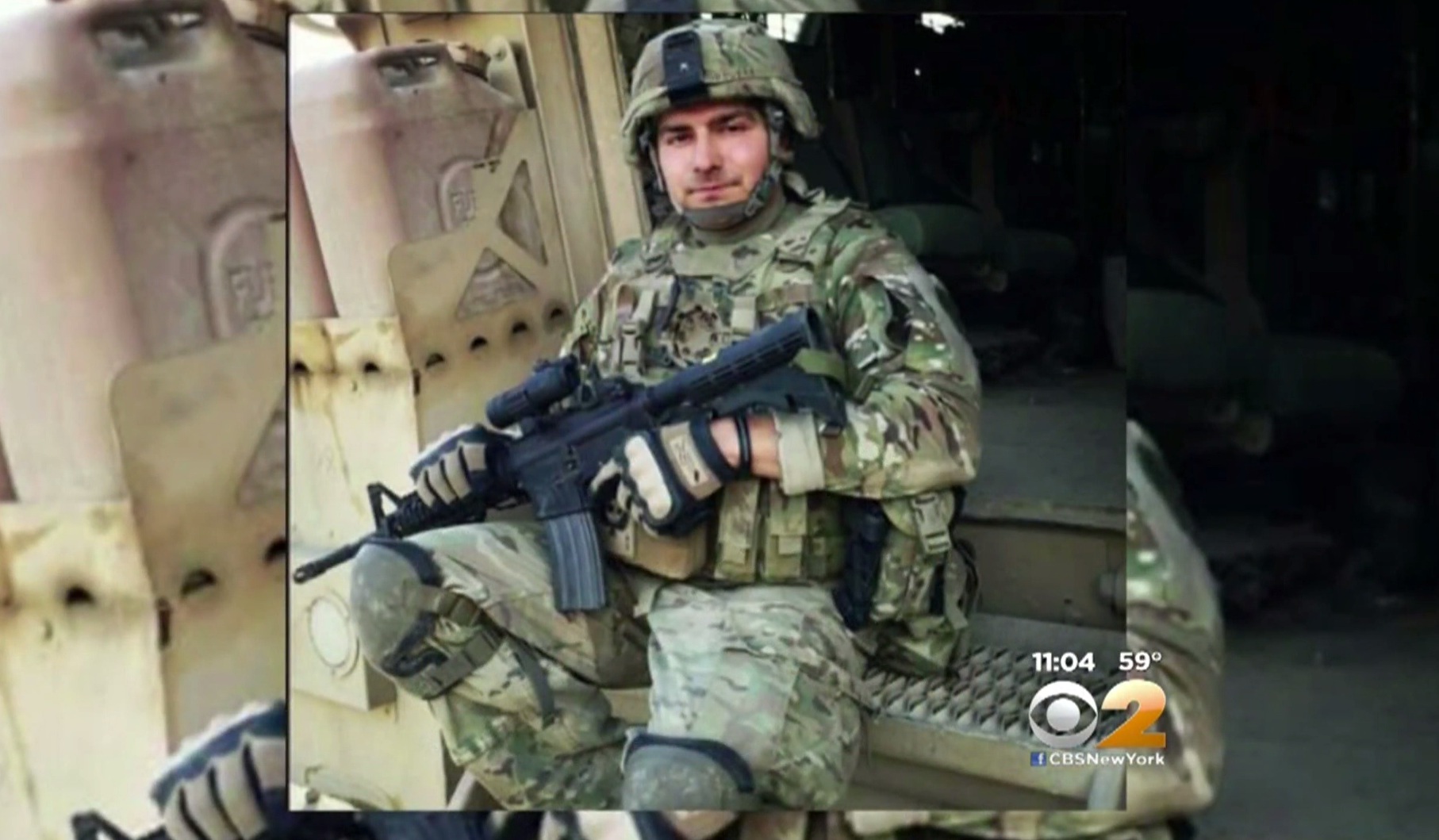 LONG ISLAND, N.Y. -- Staff Sgt. Louis Bonacasa, a Suffolk County, Long Island, native, was one of the six servicemen killed in a suicide attack on a patrol near Bagram Air Base in Afghanistan last week.

Bonacasa leaves behind a wife and a young daughter.

And it is a poem to his young daughter, that he had tattooed on his rib cage, that speaks for the kind of love he had for 5-year-old Lilly.

Newsday reports that Bonacasa tattooed his love for his Lilly on his body in a poem, with the image of a battlefield cross in the background. It was before Lilly's birth that he wrote the poem to her.

In the poem, Bonascasa wrote that he couldn't wait to hold his little girl.

"From your first breath to my last/I'll be there for you any way I can," he wrote.

But Bonascasa writes that there will be times when he is not around.

"He will be somewhere with his boots on the ground," he writes. "There so at home everyone is safe and sound."

And then, at the end of the poem, Bonacasa eerily mentions the possibility of his own death.

"When daddy is gone baby please don't cry/ Because for your freedom my baby girl/Daddy will die," the poem reads.

Bonacasa was serving his fourth military tour, this time in Afghanistan. He had previously served in Iraq, Qatar and Saudi Arabia, CBS New York reported.

Bonacasa was apparently planning on retiring from the armed forces after the end of his deployment, set for April of next year.

A statement released by Middle Country School Supt. Roberta Gerold said Bonacasa was "a hero who died protecting the freedoms we enjoy each day."

"This was supposed to be his last tour. He was just going to come home, buy a house, and raise a family. The way that. The way that it should have been," Vinny Bonacasa said.

"It was just in his heart to do what he did. He was a great man," Vinny said.

The entire poem by Staff Sgt. Louis Bonacasa, printed in Newsday, can be read here:

Daddys little girl, The most precious person in my life

I cant wait until that first night

holding you in my hands

now its time to be a man

from your first breath to my last

I'll be there for you any way I can

Your pretty smile will melt my heart

And your sad cries will always tear me apart

Daddy will be there to wipe away your tears

And there to protect you from all your fears

Your sweet little laugh will be music to my ears

There will be times when daddy is not around

He will be somewhere with his boots on the ground

There so at home everyone is safe and sound

Because for your freedom my baby girl