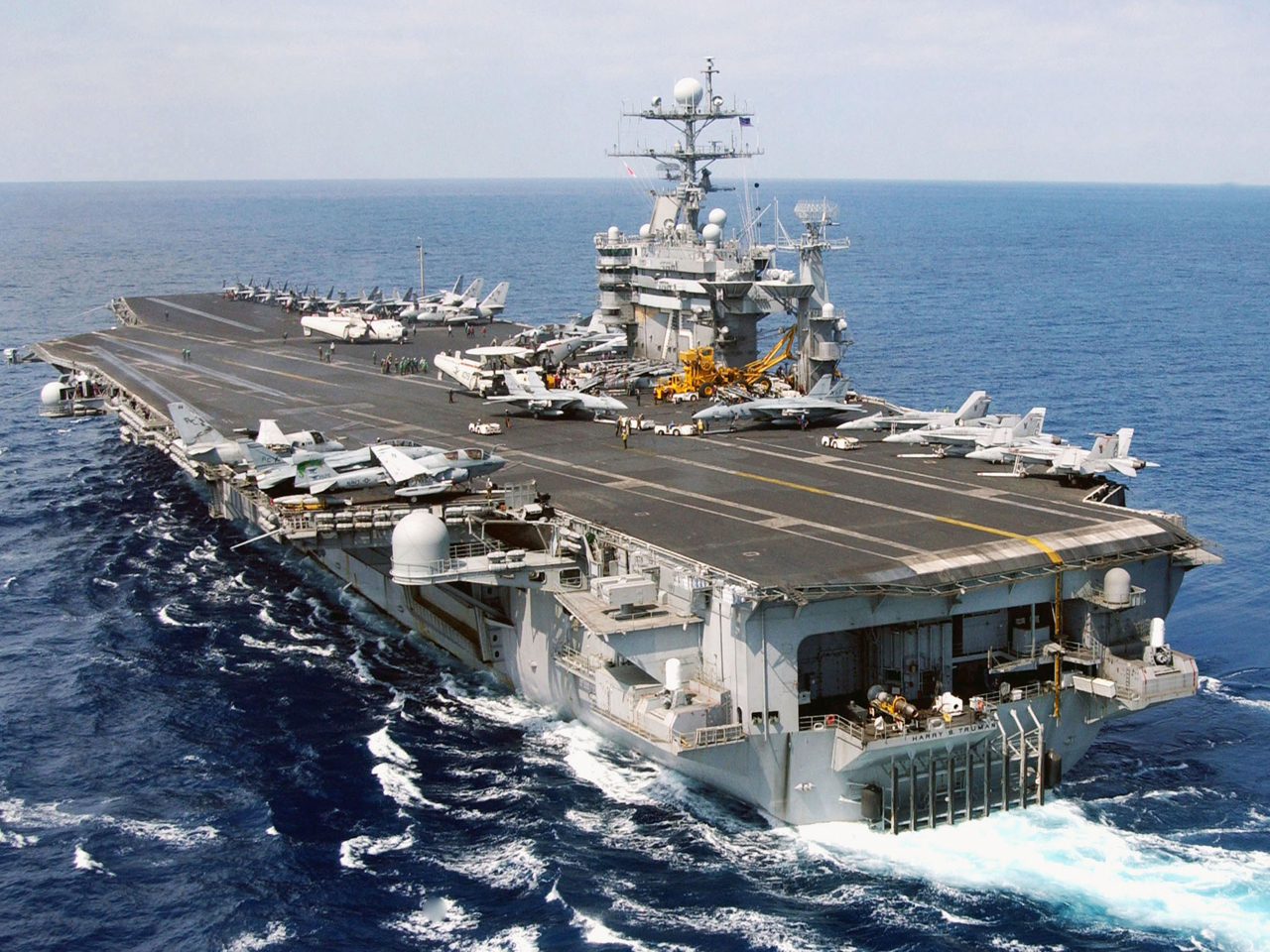 WASHINGTON U.S. officials say the Navy is beefing up its presence in the Persian Gulf region, increasing the number of aircraft carriers from one to two.

The USS Harry S Truman has arrived in the Arabian Sea and was scheduled to take the place of the USS Nimitz, which was supposed to head home. The Navy has ordered the Nimitz, which is in the Indian Ocean, to stay for now.

This, as the Russian news service Interfax is citing military sources as saying Moscow is dispatching an anti-submarine ship and a cruiser to the Mediterranean. Interfax says the moves are being made due to the "well-known situation" there -- referring to the Syria crisis. But a Russian government news service, Rianovosti, says the reassignments are part of a planned rotation and aren't linked with the situation in Syria.

In addition, Britain's defense ministry said in a statement Thursday that six Royal Air Force "interceptor fast jets are deploying this morning to Akrotiri in Cyprus. This is purely a prudent and precautionary measure to ensure the protection of UK interests and the defensce of our Sovereign Base Areas at a time of heightened tension in the wider region.

"This is a movement of defensive assets operating in an air-to-air role only," the statement continued. "They are not deploying to take part in any military action against Syria. The (prime minister) has made clear no decision has been taken on our response and the gGovernment has said that there will be a Commons vote before direct military involvement."

U.S. officials describe the Pentagon decision as prudent planning and say it doesn't suggest the carrier would play a role in any possible strikes in Syria. The officials were not authorized to discuss ship movements publicly and spoke on condition of anonymity.

The U.S. had kept two carriers in the region, but budget cuts in February forced officials to cut to one.

CBS News correspondent David Martin reports two submarines -- one American, one British -- are in the eastern Mediterranean along with four American destroyers and a fifth on the way -- all armed with cruise missiles. That's more than enough firepower for a strike Pentagon officials say would be limited to fewer than 50 targets.

Each of the destroyers carries about 40 cruise missiles - a satellite-guided weapon that carries a 1,000-pound warhead, has a range of 1000 miles or more and is accurate to within about 15 feet.

Standard procedure would be for the ships to fire an opening salvo at night, wait for satellites to assess the damage and re-strike any targets that were not destroyed -- a process that could take a few days.

Any strike against Syria, Martin points out, would be designed to convince its dictator, President Bashar Assad, never to use chemical weapons again. But airstrikes never succeeded in changing the behavior of another Mideast dictator -- Iraq's Saddam Hussein -- until he was finally captured and hanged.