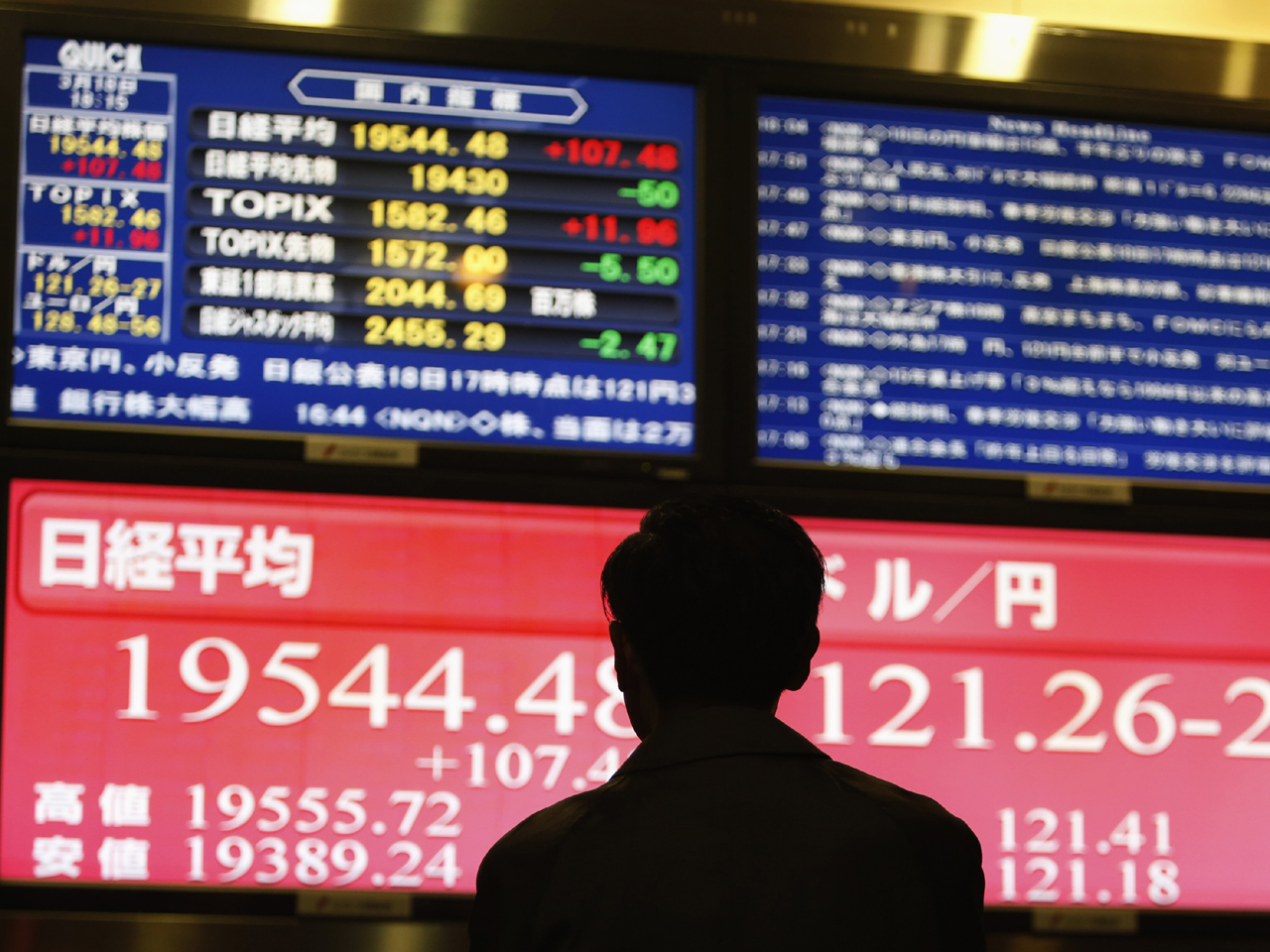 TOKYO - Global stocks were mostly higher Thursday, but Tokyo's market slumped over a U.S. Fed statement overnight that reversed the recent trend for a strong dollar, while other markets were cheered by a surge on Wall Street that followed.

The statement from U.S. Federal Reserve Chair Janet Yellen took investors by surprise, and interest rates are now expected to head higher but at a slower pace than previously thought. That set off a rally on Wall Street Wednesday. The Fed has held its benchmark interest rate close to zero since 2008. Low rates make it easier for businesses and consumers to borrow and spend, but also tend to weaken that nation's currency.

"Yellen highlighted the strong dollar as one reason for slower exports," said Chang Wei Liang of Mizuho Bank in Singapore. "The big surprise yesterday was that the Fed acknowledged the negative impact stemming from the strong U.S. dollar."

A militant attack on a museum in Tunisia's capital set off some worries about global stability. It killed 19 people in the deadliest attack on civilians in the North African country in 13 years. Two gunmen were slain by security forces.