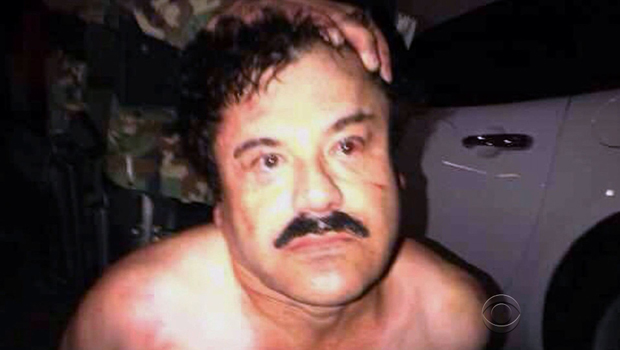 WASHINGTON -- Federal prosecutors across the United States are already jockeying over who will handle any case against Mexican drug kingpin Joaquin "El Chapo" Guzman, even though it's far from clear whether he will ever be brought to the U.S. to face charges.

Who in the U.S. gets to prosecute the longtime fugitive, apprehended over the weekend in Mexico and now charged with violating his country's drug trafficking laws, likely will turn on which office has the strongest case - and perhaps some politics.

"You want No. 1 to be the best shot that you have," said David Weinstein, a former assistant U.S. attorney in the Southern District of Florida in Miami who helped prosecute several high-profile suspected drug traffickers from Colombia and Haiti in his 11 years in the office. "What do they say? If you shoot at the king, you make sure you hit him in the head."

At least seven federal district courts have indictments pending against Guzman on a variety of charges, and several already are pressing for extradition. CBS News legal analyst Rikki Klieman told "CBS This Morning" that extradition could take years.

"Mexico has the body  and when you posses the body, you get to go first," Klieman said. "The problem is that he has escaped from a Mexican prison before so you are dealing with the issue of Mexico wanting to show supremacy, that they have security, that they can be without corruption."

CBS News correspondent Dean Reynolds reports that even before his arrest at a Mexican beach resort, he had been dubbed "public enemy No. 1" in Chicago – a title last held by the gangster Al Capone.

Jack Riley, the special agent in charge at the DEA in Chicago, told Reynolds: "He made it clear to some of his subordinates he'd like to see my head lopped off. I still got my head."

The Justice Department hasn't said whether it plans to seek extradition, allowing only that it will be "the subject of further discussion between the United States and Mexico."

Guzman is imprisoned in Mexico, where a judge will soon decide whether to release him or start the process of bringing him to trial. His lawyers on Monday filed an appeal seeking to halt any attempt to extradite him, a common legal tactic used by drug suspects in Mexico.

Any extradition request and its timing will be determined at the highest levels of the Justice Department, almost certainly with input from the State Department, said Marcos Jimenez, a former U.S. attorney for the Southern District of Florida whose cases have included several high-ranking Colombian drug cartel figures who were brought to the state for trial.

While those cases had their own political complications, the fate of Guzman, one of the world's most-wanted drug traffickers, is likely to be even more complicated. "There is going to be a lot of diplomatic back and forth," Jimenez said.

Luis Hernando Gomez-Bustamante, a Colombian drug cartel leader whose operation exported more than 500,000 kilograms of cocaine, was detained by Cuban authorities in 2004, was extradited to the United States and eventually pleaded guilty in both New York - where he was indicted prior to his arrest - and Washington.

Since Guzman's arrest, federal prosecutors in New York City have said they want to try the case. Law enforcement authorities whose offices have worked the case the longest, have the strongest set of facts to win a conviction and have the resources to handle a massive criminal case would likely be in the best position, according to lawyers familiar with the process.

Chicago authorities, for instance, contend the city is a major hub for Guzman's Sinaloa drug cartel. Two high-up dealers are already cooperating with prosecutors, and an alleged Sinaloa lieutenant is awaiting trial there.

In San Diego, where Guzman is also under indictment, U.S. Attorney Laura Duffy has built a career on prosecuting Mexico's Arellano Felix cartel. Benjamin Arellano Felix was sentenced to 25 years in federal prison in 2012, the highest profile among many who were extradited from Mexico. Mexico waited nine years to extradite him following his arrest in 2002.

"These kinds of fights between U.S. attorneys' offices are quite common. Often they take a long time to make the decision," said David B. Smith, a former Justice Department narcotics prosecutor who said such discussions often involve political considerations and sometimes even favoritism.

But Robert Feitel, a former prosecutor in the Justice Department's narcotics and dangerous drugs section, said he's skeptical that Guzman will ever be prosecuted in the United States. He said Mexico typically has insisted on affidavits professing first-hand knowledge of the criminal conduct of a defendant wanted for extradition, creating a heavy burden.

Though Mexican authorities would not have to worry about Guzman escaping from prison - he did that in Mexico in 2001 - if they sent him to the U.S, they would certainly be reluctant to turn over such a prominent figure in the country's drug war, Feitel said.

"He's a terrorist in their nation," he said. "Could you imagine if we were to send someone like him to Mexico if the situation was reversed?"