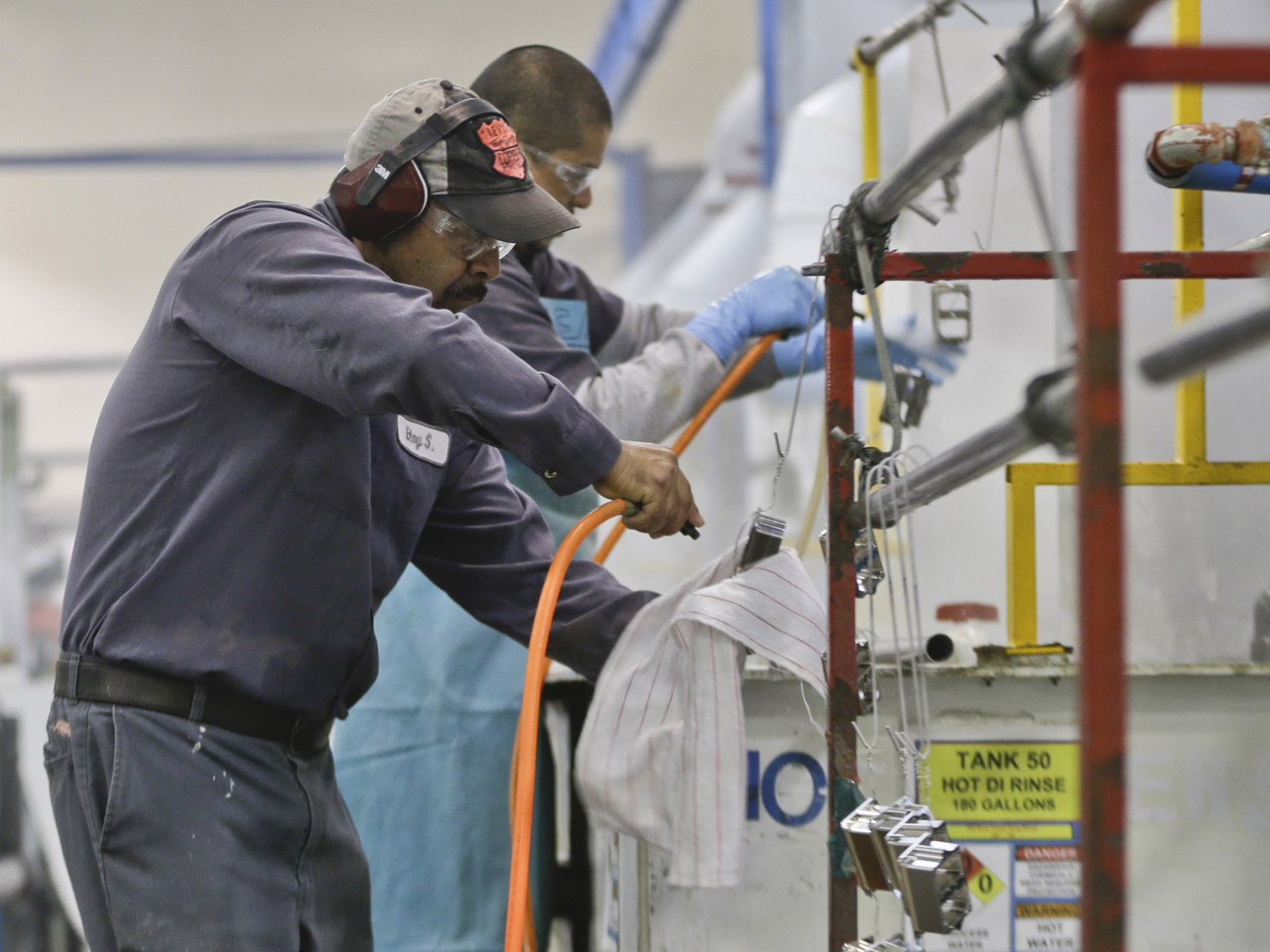 WASHINGTON - U.S. productivity grew at an even slower annual rate than previously thought in the final three months of last year.

Economists are hoping productivity growth will revive in 2014, reflecting a stronger economy.

Productivity grew at an annual rate of 1.8 percent in the October-December quarter, a slowdown from 3.5 percent productivity growth in the third quarter, the Labor Department reported Thursday.

The new estimate was lower than the 3.2 percent gain the government had previously reported. Unit labor costs dipped 0.1 percent, a smaller drop than the 1.6 percent drop previously estimated.

For the year, productivity increased a tiny 0.5 percent, continuing a weak trend seen over the past three years. Analysts are forecasting a rebound in productivity this year, helped by stronger economic growth.

Productivity is the amount of production per hour of output. The downward revision for the fourth quarter reflected that output, as measured by the gross domestic product, was lowered from the government's initial estimate.

The fourth quarter growth rate for GDP, the nation's total output of goods and services, was revised to 2.4 percent, down from the previous estimate of a 3.2 percent growth rate. With less output, productivity was revised lower.

Greater productivity raises living standards because it enables companies to pay their workers more without having to raise prices which could boost inflation.

The Federal Reserve monitors productivity and labor costs for any signs that inflation could pick up. Mild inflation has allowed the Fed to keep short-term interest rates at record lows and purchase bonds to try to keep long-term rates down.

The Fed in December and again in January announced that it was reducing its monthly bond purchases, taking them from $85 billion per month down to $65 billion.

But at the same time, the Fed strengthened its commitment to keep short-term rates low for an extended period. It expects to keep those rates low "well past" the time that unemployment dips below 6.5 percent. The unemployment rate in January dropped to 6.6 percent.

The Fed has the room to keep interest rates at record lows to boost the economy because inflation is running well below the central bank's 2 percent target.

In records going back to 1947, productivity has been growing by about 2 percent per year.

In 2010 and 2011, productivity increased at annual rates above 3 percent. That reflected the fact that millions of Americans were laid off as companies struggled to cope with a deep downturn. While output was down as well, the number of workers fell more, increasing the rate of productivity. But after that initial jump, productivity has slowed in recent years.