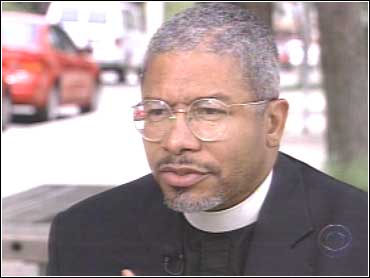 AIDS is running rampant in Africa. And it's happening for a variety of reasons, including ignorance, politics and the high cost of AIDS drugs.

To help out, the U.S. Peace Corps has announced it will give AIDS prevention training to all 2,400 of its volunteers in Africa.

CBS News Correspondent Thalia Assuras reports others are helping in any way and from anywhere they can.

A case in point is the Reverend Eugene Rivers of Boston. In the city, Rivers is a force of unity, bringing together police, church and community leaders in a crusade against violent street gangs.

But he is also a pastor on another crusade-- against a different enemy on a different continent. He's doing his part in the fight against AIDS in Africa.

"This is the holocaust for the black world," says Rivers. And statistics back him up.

Almost 14 million Africans have died of AIDS and, by next year, an estimated 13 million children will be orphaned because of the disease. In Africa, the virus is spread primarily by heterosexual sex and Rivers has a controversial view on that. He blames African men.

"Sexual promiscuity now functions as a weapon of mass destruction in African Society," according to Rivers. "The most difficult thing for black leadership in this country and abroad to talk about is the issue of behavior."

But Rivers talks about it everywhere he goes— whether it's on a TV talk show in South Africa or here in the United States.

"Black leadership and African leadership should be promoting— especially when we're talking about AIDS— abstinence, monogamy and contraception."

But that's easier said than done. The biggest concern is how to fund the education and treatment systems needed -- especially since the African nations where AIDS is pevalent are among the poorest in the world.

Not enough, says Rivers. "They're crumbs and everybody knows it. We know that Colombia-- one country-- got $1.7-billion to fight a drug war they're never going to win. Gore gives $100 million to 54 countries."

Reverend Rivers plans to continue fighting for more aid and more involvement by African-American leaders, pushing to enlist volunteers in the war against the disease that's decimating an entire continent.