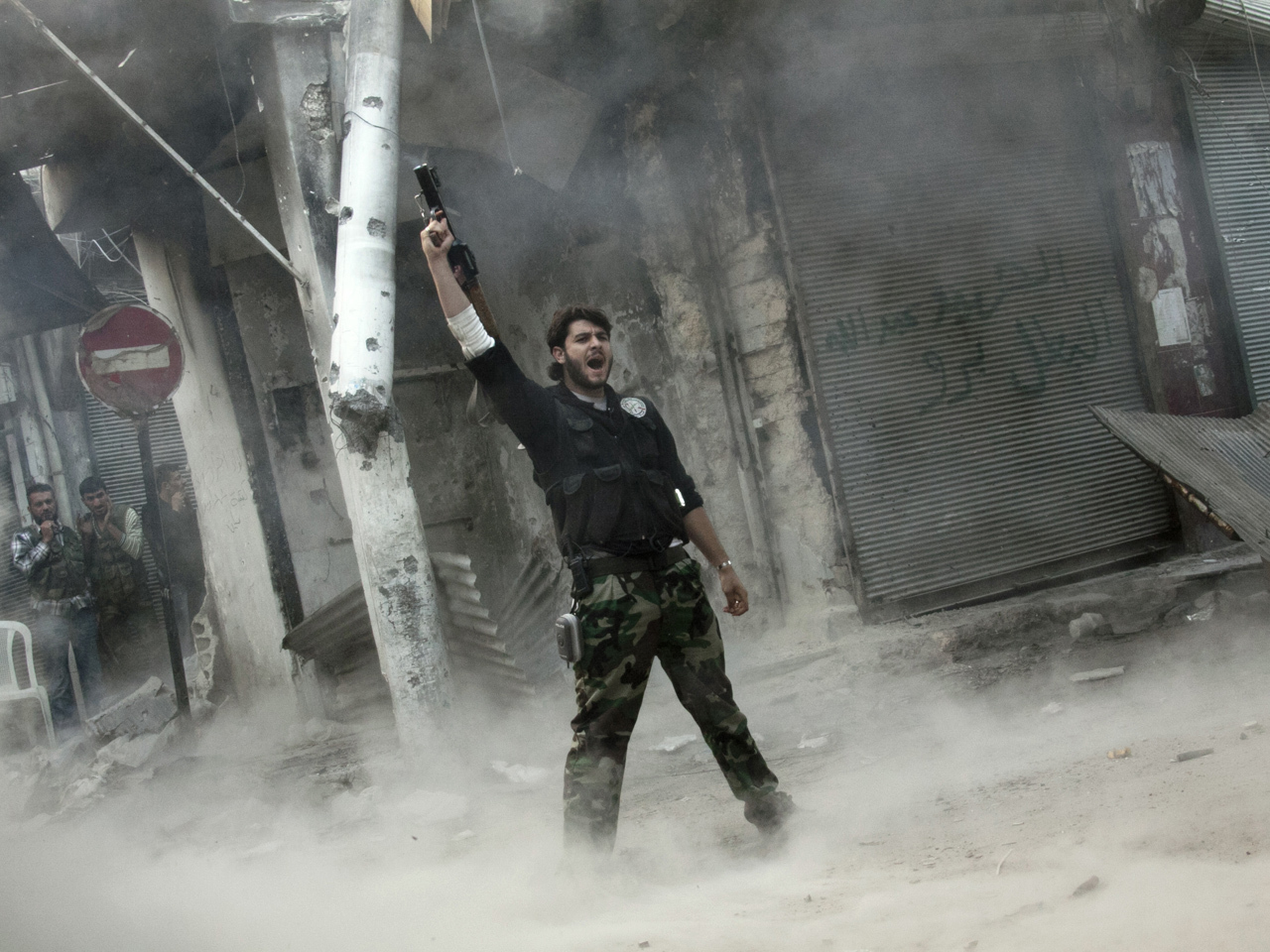 There is no certain answer to solving the riddle that is the endgame for Syria's civil war, but that has not stopped the flood of possible solutions.

Many, including the Obama administration and its counterpart in Russia, say they prefer a negotiated peace. The Syrian regime under President Bashar Assad has said it is "willing" to attend U.N.-sponsored peace talks, but that is far from a promise to actually do so. The likely wrench in the plan for a negotiated solution is the rebels' stated unwillingness to enter a negotiation that doesn't begin with Assad stepping down.

Still many others think they can essentially just throw money (or arms) behind their side in the conflict. This solution is complicated by the murky fault lines inside Syria, with al Qaeda-affiliated groups, less hard-line but fundamentalist Islamic groups, Kurdish freedom fighters, Iranian and Hezbollah support troops, homegrown secular rebels, and Syrian government troops all fighting over various patches of Earth there. Still, that situation hasn't stopped many from Tehran to Washington, D.C., from seeking to beef up the capability of the group they want to win.

The chairman of the Senate Foreign Relations Committee, Democrat Robert Menendez, told CBS News correspondent Margaret Brennan this week that he believes Assad is playing an attrition game, hoping the rebels have less of a stomach for the degradation of war over the long term than he does. (Watch Brennan's full report at left.)

"There is a moment to try to tip the scales, and that moment is now," said Menendez, when arguing for providing better arms to Syria's rebels immediately.

One of Menendez's Republican colleagues on the Senate Foreign Relations Committee, Bob Corker, agrees, saying there is added pressure to arm the rebels now because of the indisputable rise of hard-line Islamic groups -- including some that are al Qaeda-affiliated -- fighting for control of at least some parts of the country.

"It would be very harming to U.S. national interests to have a country that has chemical weapons there, compounds throughout the country, controlled by extreme elements like al Qaeda," Corker said.

The opinions of Menendez and Corker are shared by many but are not universal in the U.S., and especially not abroad.

European Union nations struggled Monday to overcome deep divisions on whether to ease sanctions against Syria to allow arms shipments to rebels.

Britain is the most outspoken proponent of relaxing the arms embargo but faces strong opposition from EU members like Austria who feel that more weapons will only increase the killings and tarnish the EU's reputation as a peace broker.

The EU foreign ministers meeting Monday in Brussels were facing a Friday deadline when the current arms embargo against Syria expires. If no new deal is found, each nation can independently decide if they want to arm the rebels.

As Corker said, the decision of whether or not to arm the rebels -- which have by far more international support than the Assad regime -- largely hinges on whether or not the dictator is using his chemical weapons stockpile to tip the war's outcome in his favor.

France had been looking into reports of that since early this month when the ministry said there were accounts and indicators on the use of chemical weapons in Syria's civil war that needed to be verified.

On Monday, minister Laurent Fabius said outside a meeting of European Union foreign ministers in Brussels that there "are stronger and better substantiated indications of the local use of chemical arms. We have to check this and (we) are doing this with our partners."

France has been among the international proponents of arming Syria's rebels for a while now.

Much like the murky fault lines inside Syria, the evidence of chemical weapons use is muddied by a variety of factors. The Obama administration has said their use is a "red line," but that line seems to be easily shifted. Part of the problem there is simple wordplay: "chemical weapons" versus "chemical agents."

Syria expert Salman Shaikh, director of the Brookings Institution's Doha Center, suggested to CBSNews.com in March that the government has been "experimenting with various compounds and mixtures to see how they could use these (chemical agents) in a localized fashion."

Shaikh said his sources, who travel to and from Damascus and maintain contact with both current and former regime officials, are certain that Assad's regime has tried out less lethal, less widely dispersed compounds for months.

His contacts, "believe they (the regime) could produce mixtures that would produce harm, but not on a massive level ... and could be deployed within, say, a one-square-mile area," to target rebel holdouts in a particular area.

While the chemical weaponry conundrum is being played out, the Unites States, Qatar and Turkey have asked the U.N.'s top human rights body to hold an urgent debate on the ways to end the civil war in Syria, and to hold accountable those responsible for killing thousands of civilians.

Syria's Ambassador Faysal Khabbaz Hamoui objected to Monday's request, saying it comes from nations that support the rebels who have been battling the regime of Syria's President Bashar Assad since March 2011.

The U.N.'s top human rights official, Navi Pillay, said the Syrian government continues to use "indiscriminate and disproportionate force in residential areas" and to directly target schools and hospitals. She said that rebels were also committing "wanton human rights violations."