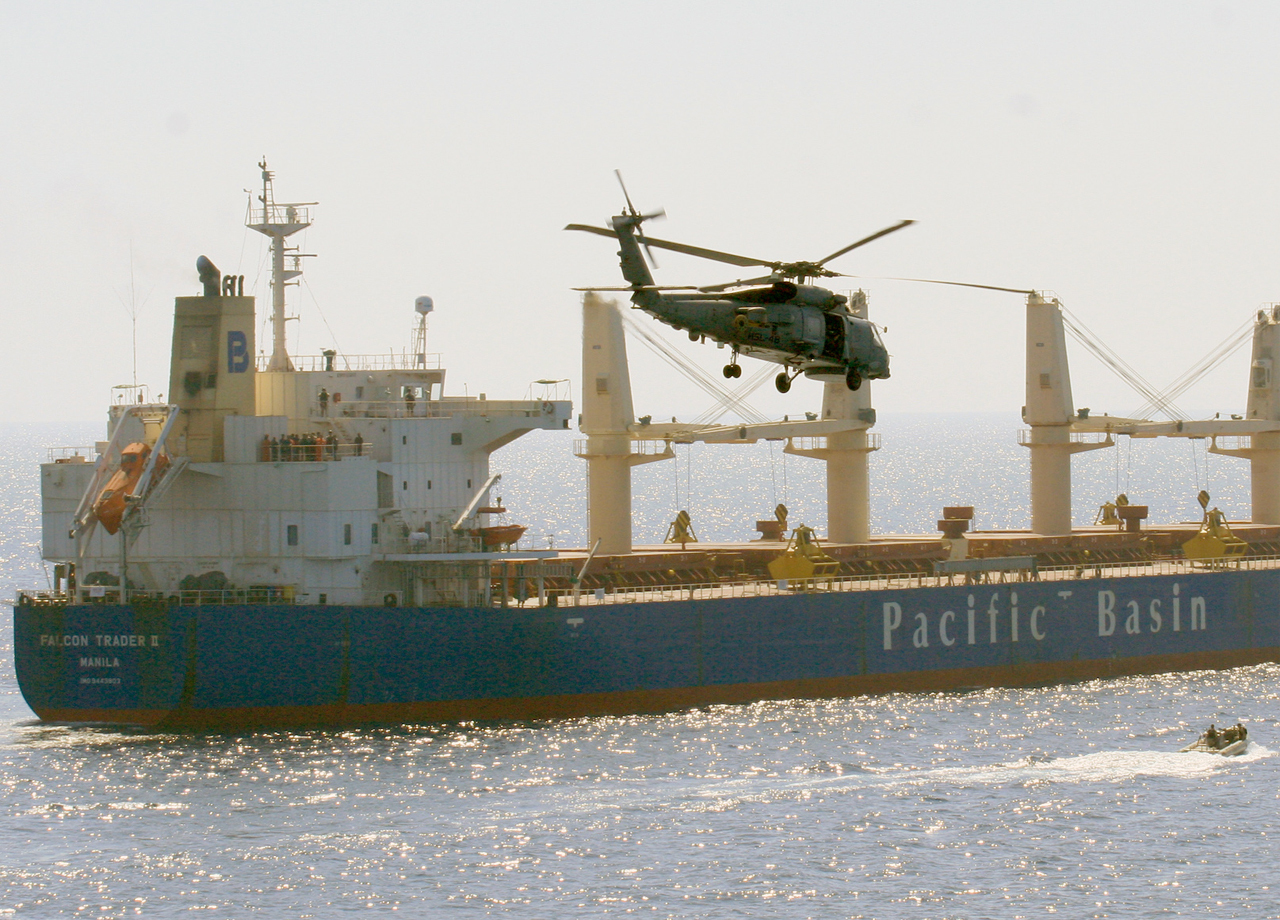 U.S. Naval forces disrupted the attempted hijacking of a Filipino merchant ship in the Arabian Sea Thursday, the Pentagon reported.

All 20 Filipino crew members of the M/V Falcon Trader II are safe.

The aircraft carrier USS Enterprise and guided missile cruiser USS Leyte Gulf, which were conducting operations in support of Operation Enduring Freedom, received a distress call at about 10:30 a.m. local time Thursday from the Falcon Trader II, a Philippine-flagged merchant vessel. It reported that suspected pirates in a small skiff were attempting to board the vessel.

A subsequent message from the Falcon Trader II reported that pirates had boarded, and that the crew had secured themselves in a safe room, from which they maintained control over the ship's steering and propulsion.

The Enterprise and Leyte Gulf each deployed a helicopter to investigate. At the scene, the Enterprise's HS-11 helicopter fired warning shots to dissuade the pirates from continuing their attack. Two pirates were witnessed jumping off the bow of the Falcon Trader II into their skiff and fled, pursued by the HS-11.

The pirates shot small weapons fire at the helicopter as the skiff attempted to rendezvous with a larger vessel suspected to be its "mother ship." The Navy helicopter and its crew were unharmed, and returned to the hijack scene to continue reconnaissance.

"We could definitely see the muzzle flashes from their AK-47s, but we weren't hit," said Lt. Joshua A. Overn, a pilot aboard the helicopter.

A Leyte Gulf crewmember fluent in the Filipino language of Tagalog monitored the Falcon Trader and its crew overnight for suspicious activity. In the morning a team from the Leyte Gulf boarded the ship, confirmed no pirates were still on board, and contacted the crew that it was clear to exit the safe room.

Capt. Eugene Black, commanding officer of Leyte Gulf, said the incident demonstrated the "inherent flexibility and capability" of the strike group to enact counter-piracy operations while conducting its defense missions.