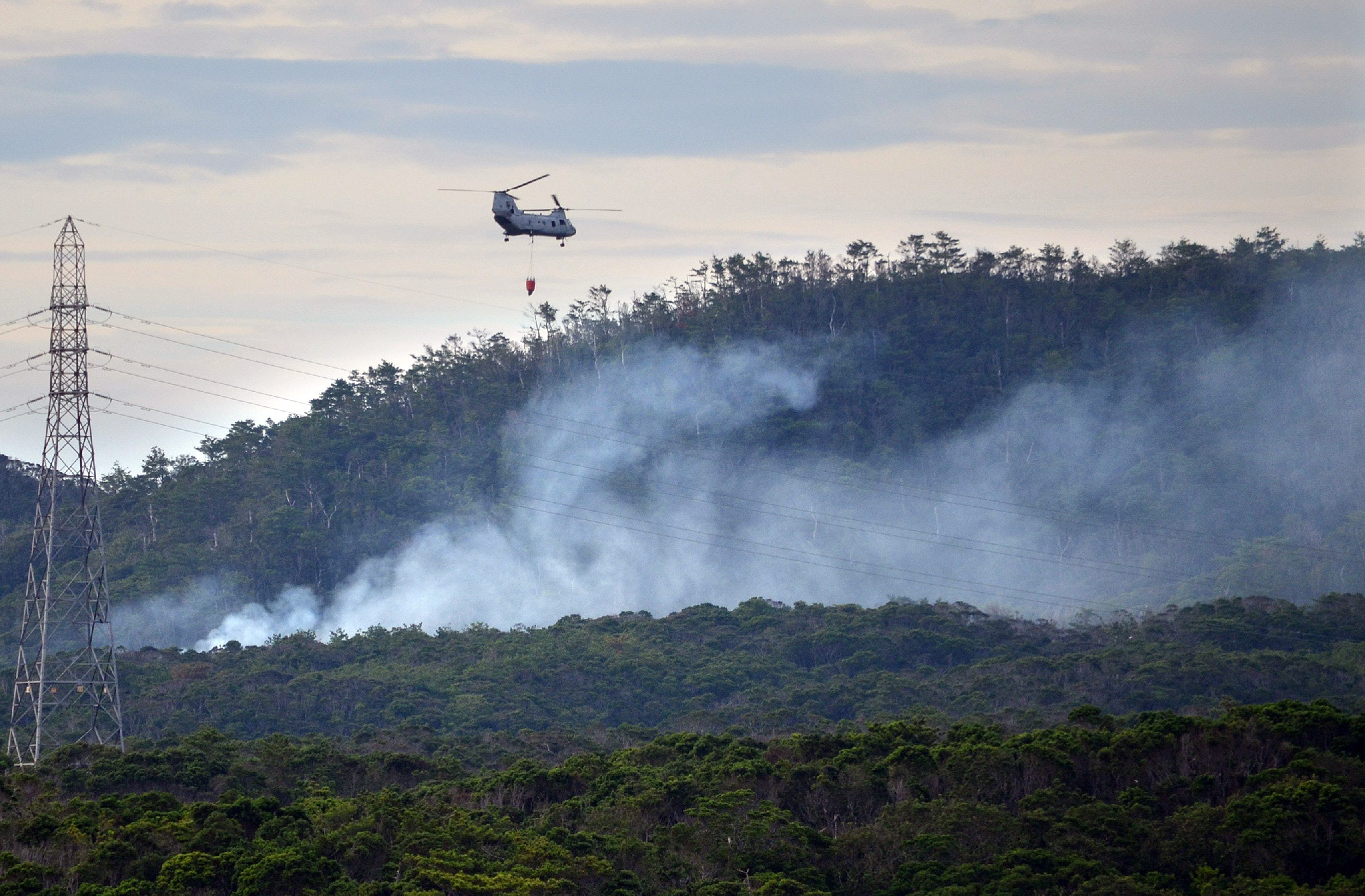 TOKYO A U.S. military helicopter crashed at an American base on the southern island of Okinawa, Japanese and U.S. officials said Monday.

A HH-60 rescue helicopter crashed in a training area at Camp Hansen with four crew members on board, the U.S. Air Force said in a statement. The status of the crew members is unknown, it said.

The helicopter, which belongs to Okinawa's Kadena Air Base, was on an unspecified training mission, the statement said. It said the cause of the crash was not known.

Television footage showed smoke rising from a spot in the forest, although it was unclear whether the aircraft was on fire.

Defense Minister Itsunori Onodera told reporters that he was told that three of the four crew members on board survived, with a fourth person missing. He said no other details, including the condition of the crew members, were immediately known.

Okinawa prefectural police said there were no reports of injuries or damage outside the base.

The crash comes amid Okinawan opposition to the Marine Corps' additional deployment of 12 MV-22 Osprey transport aircraft. About half of the 50,000 U.S. troops in Japan are based on Okinawa under a Japan-U.S. security pact.