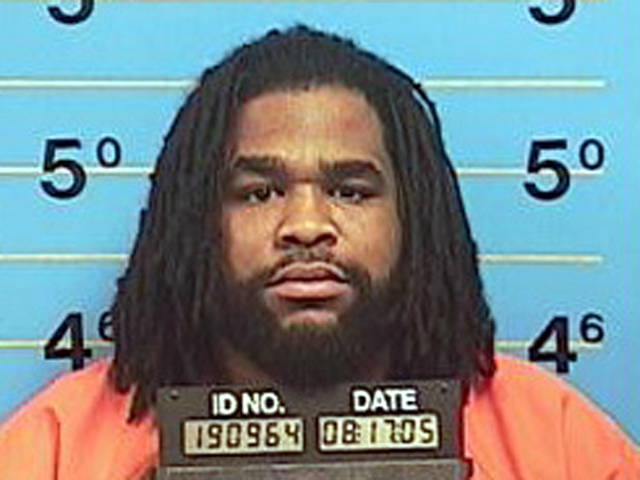 ST. LOUIS - A federal marshal was shot in the head and two other law enforcement agents wounded Tuesday after a suspect they were trying to arrest at a St. Louis home opened fire. Authorities fired back, killing the man.

Later Tuesday, much about the case remained unknown, including why he was wanted.

The marshal shot in the head was listed in critical condition at a hospital as family members flocked to his bedside. His mother was flying to St. Louis from the Southwest, Mayor Francis Slay said.

The Marshals Service identified the dead suspect as Carlos Boles, who court records show has a criminal record dating to 1993, including multiple arrests and 12 convictions on charges ranging from assault to drug possession.

Another marshal was shot in an ankle, while a bullet grazed a police officer's face, sending him toppling down stairs in the two-story home during the violent confrontation shortly before 7 a.m. in the neighborhood of tightly bunched, brick houses.

The officer has been with St. Louis City Police for 34 years. CBS News affiliate KMOV-TV reports that he is alert and talking. St. Louis Police Chief Dan Isom said the officer was expected to recover and be released from the hospital Tuesday.

While many details of the shooting remained unknown even hours afterward, William Sibert — eastern Missouri's U.S. marshal — said the law enforcement agents were trying to take the man into custody when he began shooting, prompting authorities to return fire. Television footage showed one marshal being carried down an alley by several officers and then hustled into an ambulance.

Sibert and Isom declined to identify the wounded law enforcement agents or say why the suspect was sought.

"We're in the beginning steps of any investigation, the details are sketchy," Isom said.

Sannita Vaughn, who identified herself as the suspect's sister, told the St. Louis Post-Dispatch that her three children — ages 8, 13 and 15 — were staying with her brother and his girlfriend at the home. Marshals and police waited for the children to leave the house before trying to make the arrest, Vaughn said.

Vaughn was more reluctant to talk about the matter later, telling The Associated Press as other relatives tried to keep reporters away that "all we know is they killed him."

Isom said the police officer who was wounded worked with federal agents on certain types of cases, but he declined to say what kind of case led to Tuesday's shootings.

"Our hearts, our thoughts and prayers go out to the officers and their family members right now," the police chief told reporters during a briefing in the atrium of the hospital where the marshals were being treated.

Slay described the shootings as "a tragic example of what our law enforcement officers go through, the risks they take.

"The families need our support right now," he said.

After the shooting, dozens of spectators gathered for hours outside yellow police tape cordoning off the block where the shooting took place, braving cold rain as police in tactical gear scoured the home in a poorer section of the city's south side and then cleared the way for FBI crime-scene technicians.

As police began to disband, bystanders began shouting obscenities at them. Some officers used police dogs to keep the angry spectators at a distance. "Everyone is in a complete uproar right now," said Tony Johnson, a 22-year-old man who lives nearby. "I don't blame the neighborhood for the tension right now."