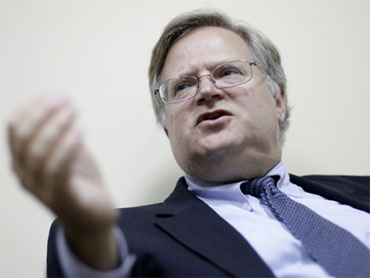 The Iraqi government has taken strides to help refugees displaced by the violence in the country over recent years return home, but still "needs to do a heck of a lot more," a U.S. official said Saturday.

Eric Schwartz, the assistant secretary of state for refugees, said Baghdad has proposed a 250 percent increase to the budget to assist refugees and plans to appoint a coordinator to help people move back home.

Iraq's government has also pledged that voting by refugees in the country's parliamentary elections in January will take place "smoothly and transparently," Schwartz told The Associated Press.

"All of those are unquestionably good signs," he said, while stressing that "these commitments need to be followed up with concrete implementation."

He said that with the additional money tapped to help refugees, the one-time payments the Iraqi government gives to help those returning home settle back in should jump "four fold or more" from their current level of around $800.

The Iraqi government could not be immediately reached for comment.

According to the United Nations, as of January 2009 there were an estimated 2 million Iraqi refugees in neighboring Jordan and Syria, and some 2.6 million people displaced within Iraq.

The U.S. was heavily criticized by those who felt it was taking in too few Iraqi refugees uprooted by the sectarian bloodletting that followed the U.S.-led 2003 invasion and ouster of Saddam Hussein.

But more than 30,000 Iraqis have moved to the U.S. in the last two years as part of a United Nations resettlement program that started in 2007.

Schwartz, who was in Baghdad for meetings with his Iraqi counterparts Saturday, said the U.S. plans to allow some 17,000 Iraqi refugees to settle in the U.S. next year. That number is roughly on par with the number resettled in 2009.

"Resettlement cannot be the answer for the vast majority of the world's refugees, but it's got to be a durable solution for a substantial number of people, especially in circumstances where we feel we have particular responsibilities," Schwartz said.