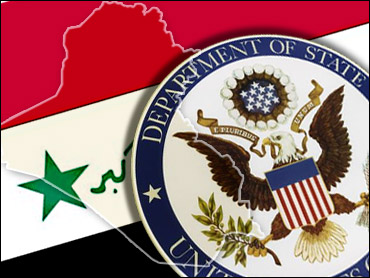 The United States on Thursday highlighted human rights abuses in the two countries where American troops are fighting insurgencies.

In its annual human rights report, the State Department described a sharp drop in Afghanistan's security last year, with civilians suffering the most from the spike in violence. The report blamed insurgents and said that almost one-third of Afghanistan was plunged into armed conflict, hurting the government's ability to protect its citizens and extend its influence.

In Iraq, however, where the U.S. military is preparing to leave, the government was blamed for reportedly committing arbitrary killings in 2009. Rights abuse continued despite an improvement in general security in Iraq, the report said.

The report on the state of human rights in 194 countries around the world also described abuse in Asia, the Middle East, Africa and Europe.

China was slammed for harassing lawyers and activists seen by the government as threats to the Chinese Communist Party, and for increasing repression of Tibetan and Uighur minorities and tightly controlling and monitoring the Internet.

The report is often dismissed by foreign governments that say the United States should focus on its own rights abuses, including complaints about President Barack Obama not following through on a pledge to close the detention center at Guantanamo Bay, Cuba; U.S. missile attacks meant to kill insurgents in the Pakistan-Afghan border area; and the continued use of the death penalty.

U.S. officials addressed that criticism Thursday, saying that a number of other government reports exist to examine the U.S. rights record.

Michael Posner, an assistant secretary of state for human rights, said that later this year, the U.S. Trafficking in Persons report will for the first time rank the United States as it does foreign governments.

"We hold every government, including our own, to a single universal standard," Posner said.

In Afghanistan, the report said that insurgent attacks increased last year, "with civilians bearing the brunt of the violence." Civilian casualties in Afghanistan, where U.S. commanders have ordered troops to use caution, stir anger and highlight a growing impatience with the U.S.-led forces' inability to secure the country after more than eight years of war.

The report said Pakistan saw extrajudicial killings, torture and disappearances last year, despite some positive steps by the country's civilian government. It says hundreds of civilians died because of militant attacks in the rugged area along the Afghan border.