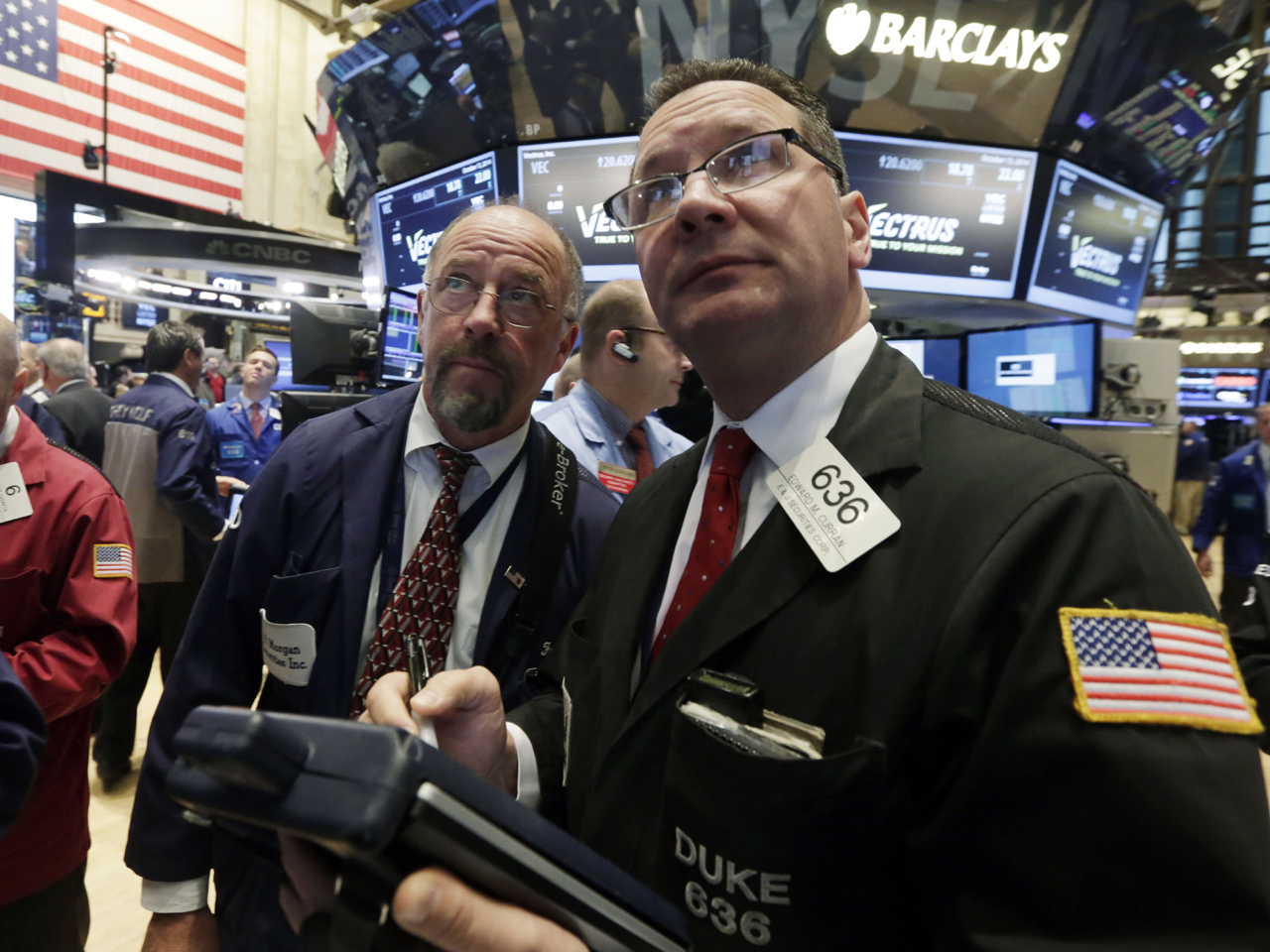 The market is coming off a turbulent week during which it was shaken by concerns over shaky global growth prospects. Investors were also looking ahead to earnings news from a number of big companies later this week including General Electric, Intel and Bank of America.

The Dow Jones industrial average slumped 223 points to 16,321 as of 4:00 p.m. ET. The Standard & Poor's 500 index fell 31 points to 1,875. The Nasdaq fell 63 points to 4,214. Indexes were moving between small gains and losses for much of the day, then turned lower in the last half-hour of trading. Energy stocks fell 2.7 percent, much more than the rest of the market. The price of oil has been slumping in recent weeks, jeopardizing the profits of oil companies.

"The market is basically dealing with the same issues that it was dealing with last week," said Krishna Memani, chief investment officer at OppenheimerFunds. "If the market is going to break out of its recent funk ... it will be because earnings came out in line, and more importantly, the guidance in these earnings calls is far more constructive than what the slow growth environment makes you believe."

U.S. stocks swung wildly last week and ended lower: The S&P 500 fell 3.1 percent, its worst weekly performance since a 4.3 percent decline in May 2012. The main factor weighing on stocks has been concern over global growth.

Eurozone finance ministers met Monday in Luxembourg to discuss what to do about Europe's shaky growth prospects and to review Greece's plans to make an early exit from its bailout. Germany resisted pressure to increase government spending to help growth.

Nine of the 10 sectors in the S&P 500 fell. Utilities, a safe-play sector, was the only one that rose. CSX posted the biggest gain in the index as investors reacted to a published report that another railroad operator has approached the company about a possible merger. Its stock added $2.37, or 7.9 percent, to $32.31.

ALCO Stores slid 70 percent, a day after the small-town discount retailer failed for Chapter 11 bankruptcy protection. The company said it plans to stay in business while it reorganizes. The stock shed $1.17 to 48 cents.

J.C. Penney named Marvin Ellison, a Home Depot executive, as its next CEO. Ellison will take over the struggling department store from Mike Ullman, who has worked to stabilize the company after a botched transformation plan. Penney's stock rose 14 cents, or 2 percent, to $7.26.

The yield on the 10-year Treasury note slipped to 2.28 percent from 2.29 percent late Friday. U.S. crude shed eight cents to $85.74 a barrel. Brent crude, a benchmark for international oils used by many U.S. refineries, fell $1.32 to close at $88.89 on the ICE Futures exchange in London.