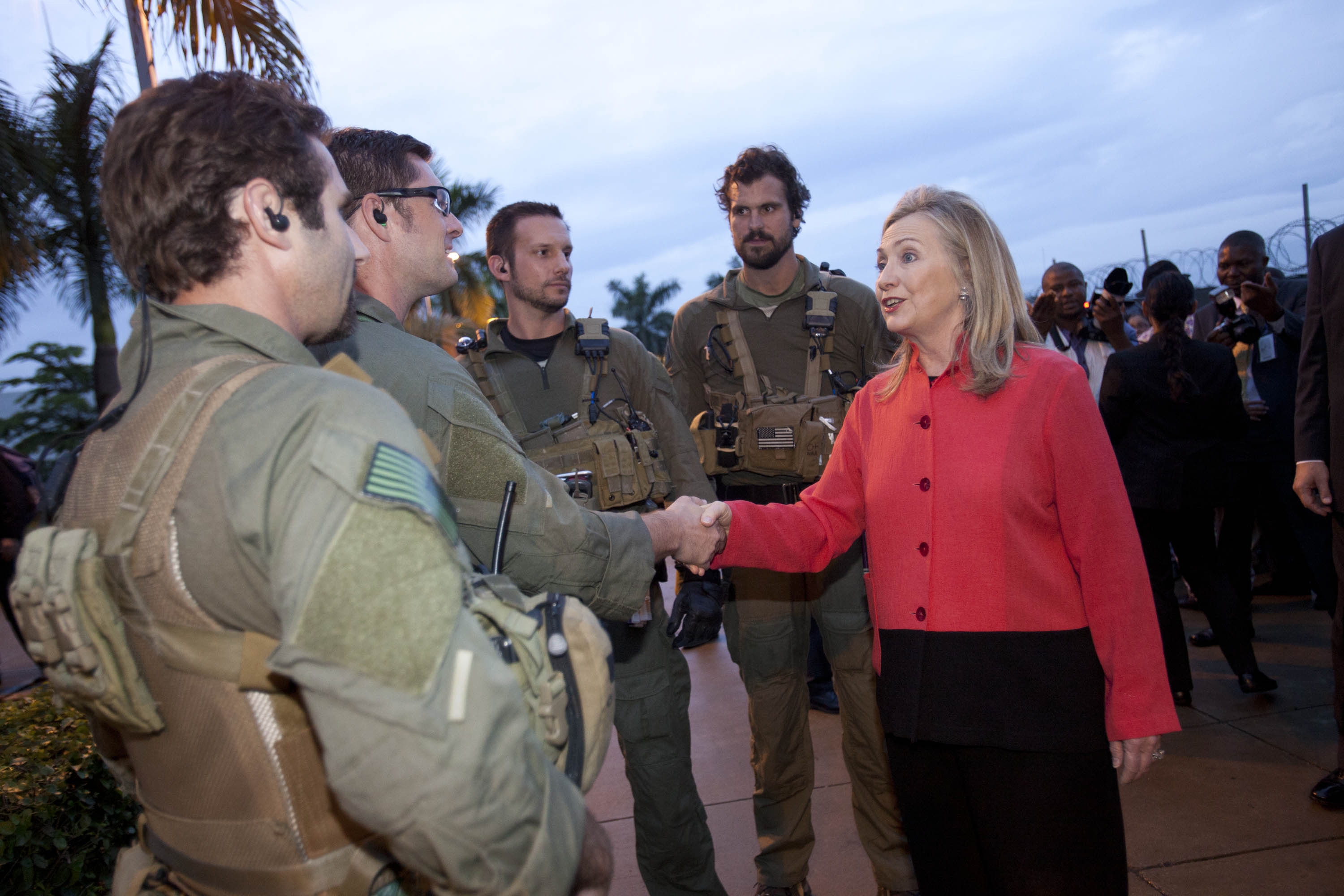 State Department spokesman Patrick Ventrell said the penalties against energy firm Sytrol come after it delivered $36 million worth of gasoline to Iran in April. At the same time, Tehran was "actively advising, supplying, and assisting the Syrian security forces and regime-backed militias that are carrying out gross human rights abuses against the Syrian people."

Meanwhile, the Treasury Department targeted Hezbollah for "training, advice and extensive logistical support to the government of Syria's increasingly ruthless efforts to fight against the opposition." It also blamed the Lebanese Shiite militant group for coordinating Iranian assistance to the Syrian government.

Neither action will change Americans' behavior much. Americans have been banned from doing business with Hezbollah since the U.S. declared the Lebanese Shiite militant group a foreign terrorist organization in the 1990s. Decades of U.S. sanctions against Syria have prevented energy trade between the two countries. Sytrol had mostly exported to the European Union, but the bloc declared an embargo against Syrian oil last year.

"Hezbollah's extensive support to the Syrian government's violent suppression of the Syrian people exposes the true nature of this terrorist organization and its destabilizing presence in the region," the Treasury Department's sanctions chief, David S. Cohen, said. "Long after the Assad regime is gone, the people of Syria and the entire global community will remember that Hezbollah, and its patron Iran, contributed to the regime's murder of countless innocent Syrians."

Ventrell said Iran's support for the Assad regime, including equipment to monitor opposition activity on the Internet, was "completely unjustifiable." He said that Iran fears losing its only remaining ally in the Middle East, Syria.

"Today's sanctions action sends a stark message: the United States stands resolutely against sales of refined petroleum product to Iran and will employ all available measures to bring it to a halt," he added. "Any business that continues to irresponsibly support Iran's energy sector or helps facilitate either nation's efforts to evade U.S. sanctions will face serious consequences."

The announcements came as Secretary of State Hillary Rodham Clinton was traveling to Turkey for weekend talks with top Turkish officials and Syrian opposition activists. The discussions will focus on forming a "common operational picture" to guide a democratic transition after President Bashar Assad leaves power, U.S. officials said.

Clinton will also boost humanitarian relief to tens of thousands of Syrians fleeing the country, said the officials, who spoke on condition of anonymity because they weren't authorized to speak publicly. They said the additional aid is expected to be worth $5.5 million. That brings total U.S. humanitarian relief to $82 million since the crisis began in March 2011.

Coordinating support for the Syrian opposition remains a challenge. The officials said Clinton was keen to understand Turkey's position as conditions inside Syria deteriorate and with rebel forces gaining strength and effectiveness.

The United States and its Western allies are stopping short of providing lethal assistance to the opposition, but it has become an open secret that several Arab countries are supplying weapons and ammunition.

The officials said Clinton would take what she learns in Istanbul from the Turks and the Syrian activists she meets and begin to discuss points of agreement with European foreign ministers in the coming days. A new "Friends of Syria" meeting will be held in late August or early September.

In addition to the fresh American sanctions and humanitarian aid, Britain's government offered 5 million pounds (US$7.8 million) to Syria's rebel forces Friday to pay for communications equipment and medical supplies in an effort to bolster ties to the country's opposition.

Foreign Secretary William Hague insisted that the U.K. would not supply any weapons, but confirmed the funds would pay for items including satellite phones, power generators and medical kits. He said diplomats would also intensify contacts with the political wing of the Free Syrian Army as concern grows over the country's possible fate if Assad's regime is deposed.

Britain, which had previously been cautious over direct talks with Syria's rebels, fears the country could become a haven for al Qaeda and other extremists if the international community fails to help them prepare for Assad's ouster, Hague said.

"This is not taking sides in a civil war," he wrote in an op-ed article for the Times of London published Friday. "The risk of total disorder and a power vacuum is so great that we must build relationships now with those who may govern Syria in the future."

"If we do not work with those Syrians who want to see a democratic and open country, we leave a void to be exploited by al Qaeda and others with extremist agendas who wish to hijack the conflict," he added.

The U.S. officials said Clinton would take what she learns in Istanbul from the Turks and the Syrian activists she meets and begin to discuss points of agreement with European foreign ministers in the coming days in preparation for a new Friends of Syria meeting to be held in at an as-yet unscheduled date in late August or early September.

In Syria, government forces were fighting rebels outside Damascus and in the northern city of Aleppo as civilians continued to flee into Turkey to escape the civil war.

Meanwhile, in New York diplomats at the United Nations were looking for someone to replace Kofi Annan, a former U.N. chief, who has abandoned his effort to find a peace agreement in Syria and is leaving by the end of the month.

Assad's crackdown on popular uprising that began in March 2011 has evolved into a full-blown civil war in Syria. Human rights activists estimate at least 19,000 people have died in the conflict.