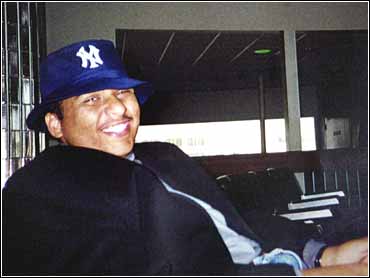 Brig. Gen. Diomedio Villanueva, in charge of the assault on Abu Sayyaf rebels on the southern island of Jolo, said the 25-year-old Oakland, Calif., resident was in good shape.

Earlier this month, the Moslem guerillas holding the graduate of Phillips Exeter Academy in Exeter, N.H., had threatened to behead him.

The Aby Sayyaf had threatened to kill Schilling several times earlier in his captivity. But this was the most specific and prompted Schilling's mother to fly in from Oakland to make a personal plea for his release.

The U.S. Embassy welcomed the rescue in a statement, praising Arroyo and the Philippine military.

"The U.S government is thrilled with the news of Mr. Schilling's safe release," an embassy statement said. "The embassy has been informed that Mr. Schilling is in 'pretty good shape' and will be returning to his family in the U.S. shortly."

Schilling, a Muslim convert, was taken by the rebels after he visited their camp in Jolo on Aug. 31. Schilling was accompanied by wife Ivy Osani, Sabaya's cousin. Osani was freed after the rebels seized Schilling.

The offensives, which initially found only abandoned hide-outs, continued on the jungle-covered island about 580 miles south of Manila.

Four rebels were killed in one clash earlier Thursday. The military says it has now killed seven Abu Sayyaf guerrillas since Arroyo ordered "all-out war" against them April 2.

"This is a fight to the finish," Dominguez said.

The Abu Sayyaf, the smallest of the three major insurgency groups in the Philippines, shot to international notoriety last year after seizing dozens of hostages, many of them foreigners, in daring raids. It released all but two — Schilling and Filipino dive resort worker Roland Ulla — for reported multimillion-dollar ransoms.

The Abu Sayyaf claims it is fighting for a separate Islamic state in the southern Philippines, but the government regards it as a bandit gang.

Arroyo said her government will not hold peace talks with the group as it plans to do separately with the Muslim secessionist Moro Islamic Liberation Front and the communist National Democratic Front.

Schilling, a Muslim convert, was taken by the rebels after he visited their camp in Jolo on Aug. 31. Schilling was accompanied by wife Ivy Osani, Sabaya's cousin. Osani was freed after the rebels seized Schilling.