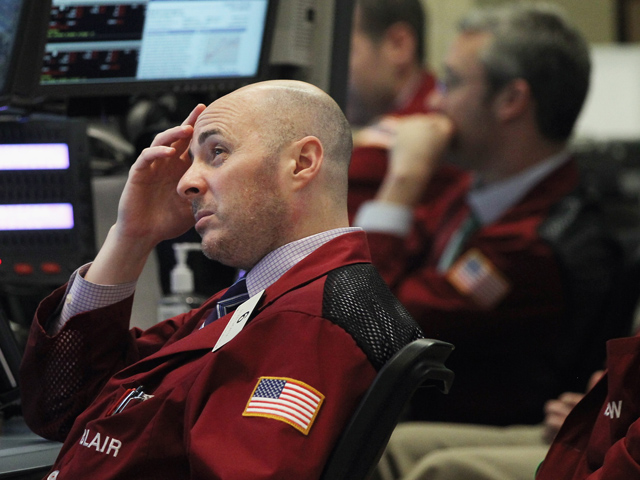 The number of people seeking unemployment benefits plunged last week to four-year lows, but some of the decline was due to temporary factors, like a boost in production from car makers.

The Labor Department said weekly applications dropped by 26,000 to a seasonally adjusted 350,000. It was the third straight decline and the lowest level since March 2008.

The four-week average, a less volatile measure, fell to 376,500. Economists believe the rate must be consistently below 375,000 to lower the unemployment rate. Hiring slowed measurably during the spring.

Also spooking markets are expectations that China, the world's second-largest economy, is slowing.

Fairholme fund tumbles back to earth

New numbers due out on Friday are likely to show that growth in the three months ending in June fell as low as 7.3 percent, down from the previous quarter's nearly three-year low of 8.1 percent. Revenues for companies in construction, shipbuilding and export manufacturing have in many cases been cut in half compared with a year ago.

Across the Atlantic, the amount of money that Spain must spend just to borrow money is on the rise again, despite new and painful austerity measures.

The interest rate, or yield, on Spain's 10-year bonds an indicator of how risky markets consider a country's debt rose to 6.63 percent, up eight basis points from the start of trading.

The European Union is stepping into bail out Spain even as it continues to wrestle with a failing economy in Greece, where unemployment continues to rise.

The country reported that unemployment has reached 22.5 percent in April, drastically worse than the 16.2 percent during the same period last year. It's also up from 22 percent in March.

The U.S. government releases the latest federal budget deficit figures Thursday afternoon and projections suggest the U.S. added another $60 billion to the deficit in June.