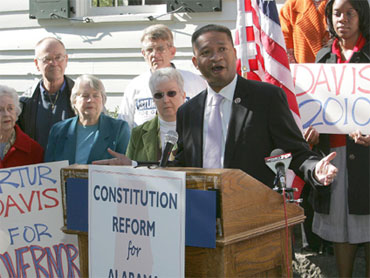 Heavy suitcases aren't the only things weighing down airplanes and requiring them to burn more fuel, pushing up the cost of flights. A new government study reveals that airlines increasingly have to worry about the weight of their passengers.

America's growing waistlines are hurting the bottom lines of airline companies as the extra pounds on passengers are causing a drag on planes. Heavier fliers have created heftier fuel costs, according to the government study.

Through the 1990s, the average weight of Americans increased by 10 pounds, according to the Centers for Disease Control and Prevention. The extra weight caused airlines to spend $275 million to burn 350 million more gallons of fuel in 2000 just to carry the additional weight of Americans, the federal agency estimated in a recent issue of the American Journal of Preventive Medicine.

"The obesity epidemic has unexpected consequences beyond direct health effects," said Dr. Deron Burton of the CDC. "Our goal was to highlight one area that had not been looked at before."

The extra fuel burned also had an environmental impact, as an estimated 3.8 million extra tons of carbon dioxide were released into the air, according to the study.

The agency said its calculations are rough estimates, issued to highlight previously undocumented consequences of the ongoing obesity epidemic.

The estimates were calculated by determining how much fuel the 10 extra pounds of weight per passenger represented in Department of Transportation airline statistics, Burton said.

Obesity is a life-or-death struggle in the United States, the underlying cause of 400,000 deaths in 2000, a 33 percent jump from 1990. If current trends persist, it will become the nation's No. 1 cause of preventable death, the CDC said earlier this year.

Although the Air Transport Association of America has not yet validated the CDC data, spokesman Jack Evans said the health agency's appraisal "does not sound out of the realm of reality."

With most airlines reporting losses blamed partly on record-high fuel costs, everything on an airplane is now a weighty issue. Airlines are doing everything they can to lighten the load on all aircraft, from wide-body jets to turboprops.

"We're dealing in a world of small numbers — even though it has a very incremental impact" to reduce a 60- to 120-ton aircraft's weight by bumping off a few magazines, Evans said. "When you consider airlines are flying millions of miles, it adds up over time."

Although passenger bulk has been an issue in the past — Dallas-based Southwest Airlines requires large people to buy a second seat for passenger safety and comfort — Evans says it's not likely airlines will scrutinize how much passengers weigh in the future. Instead, they are trying to do a better job of estimating passenger weight in figuring out how much fuel they need for a flight.

Seattle-based Alaska Airlines now calculates the weight of children on flights, instead of using adult-weight formulas for all passengers, Evans said.