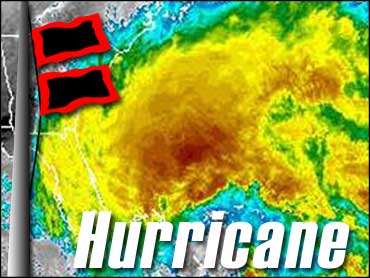 The Atlantic hurricane season ends Tuesday, going down as one of the busiest on record with extreme weather ravaging Haiti, Mexico and elsewhere, but sparing the U.S. coastline a major hurricane for a fifth straight year.

U.S. forecasters are wondering if America can make history and extend its luck into 2011. If so, it would be the first time ever that the U.S. escaped a major hurricane for six years.

"That would be a record I would like to break," said Dennis Feltgen, a spokesman for the National Hurricane Center in Miami.

In the U.S., Texas suffered the worst of the tropical weather.

Flooding spurred by Tropical Storm Hermine was blamed for the deaths of at least seven people in Texas. Hurricane Alex damaged or destroyed more than 300 homes in Texas and caused an estimated $42 million in damage to infrastructure.

Aside from that, Tropical Storm Bonnie sent crews working to stop the flow of oil from a blown-out rig in the Gulf of Mexico into a fury. And Hurricane Earl brought flooding to North Carolina's Outer Banks and some rain to Cape Cod, but little damage.

"Fortunately most storms avoided the U.S.," said Jack Hayes, director of the National Weather Service. "You could say the season was a gentle giant."

Not so elsewhere, though.

Hurricane Tomas killed 14 people in St. Lucia and at least eight in Haiti. Hurricane Alex caused flooding that killed 12 people in Mexico. Hurricane Igor knocked out power to half of Bermuda but spared the country major damage or injuries.

A persistent low-pressure system through the height of hurricane season is credited with the U.S. escaping major harm. The western edge of the high-pressure system that drove tropical weather from the coast of Africa was eroded by the low pressure, and ultimately helped propel it away from the U.S. shore.

"That's not an unusual pattern at all," Feltgen said, "and we're fortunate that it was in place at the height of the season."

The last major hurricane of Category 3 or stronger to hit the U.S. was Wilma in 2005.