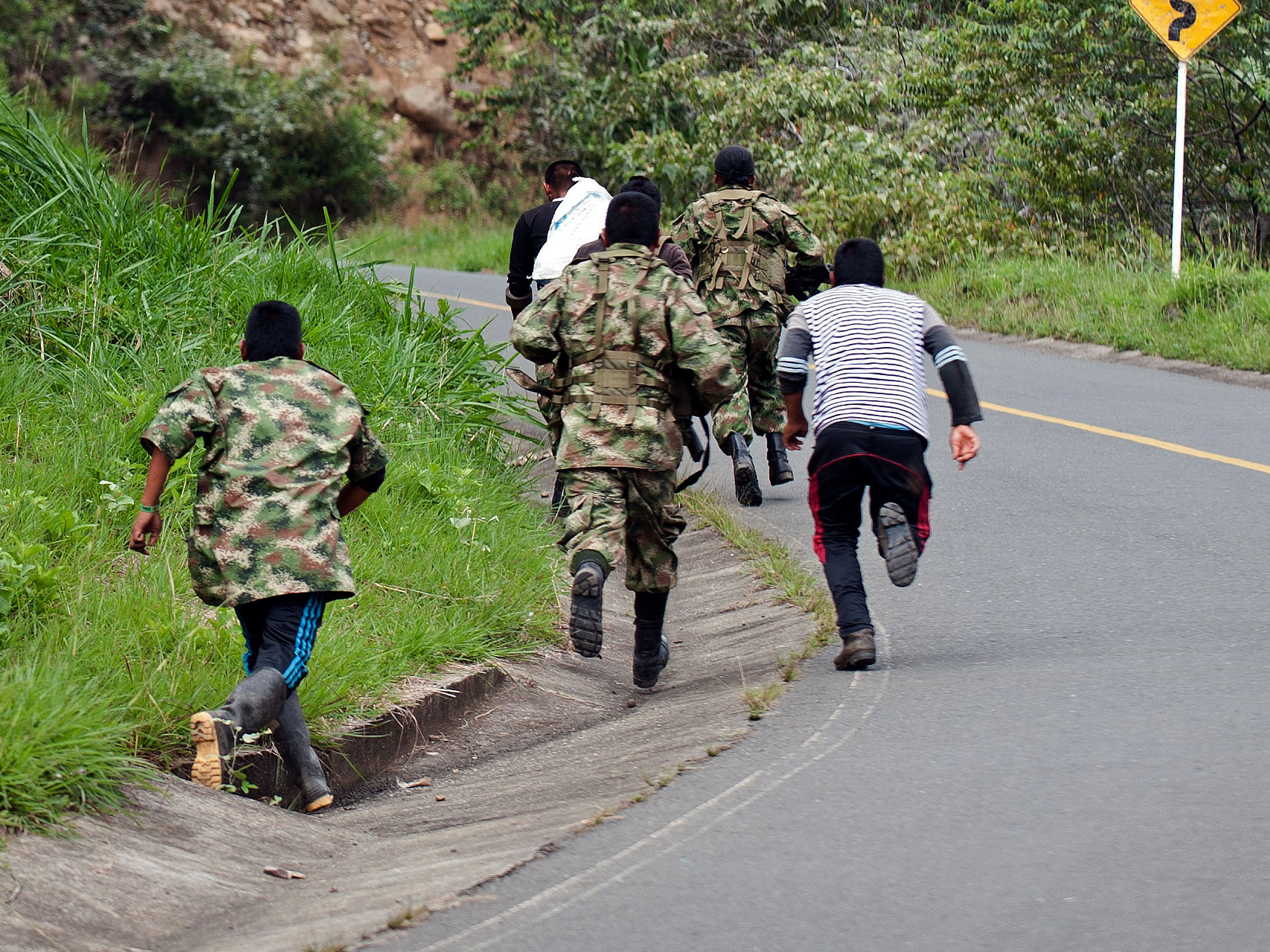 BOGOTA, Colombia A former U.S. Marine who Colombia's main insurgency says it "captured' a month ago in a turbulent southeastern region is not a member of the U.S. mission and should be released immediately, Washington's ambassador said Saturday.

The rebels offered to free Kevin Scott Sutay as a good-faith gesture in announcing on their website that he was in their custody.

The Revolutionary Armed Forces of Colombia, or FARC, said Sutay had described himself as a 2010-11 veteran of the Afghan conflict who had left the armed forces in March.

It did not disclose how it came into possession of Sutay but suggested he was "a mercenary."

U.S. Ambassador Michael McKinley denied that, saying Sutay was not an active member of the military.

"We understand that (he) was on a trip as a private citizen through Latin America," the ambassador told reporters when questioned about Sutay after attending a Mass marking Colombia's independence day. "He is a citizen who has nothing to do with Colombia's internal conflict."

The Pentagon on Saturday referred queries about Sutay's military background to the U.S. State Department and the embassy in Bogota. An embassy spokeswoman, Erika Avila, said she had no additional information to offer on Sutay.

No U.S. citizen had been reported missing in Colombia before the announcement.

It was not clear what Sutay was doing in the Guaviare region, which is not a tourist region. The FARC has three active fronts in the region and said it captured Sutay on June 20 in the town of Retorno. The rebels said he had been in the nearby town of San Jose de Guaviare, where a Colombian military base is located.

The regional military commander, Gen. Enrique Navarrete, told The Associated Press that he had no record of Sutay's presence in the region or of his abduction.

The U.S. military has long assisted Colombia's armed forces and at any given time has dozens of uniformed personnel as well as civilian contractors in the country.

Three U.S. military contractors held by the FARC for more than six years were rescued in 2008 along with former presidential candidate Ingrid Betancourt and a group of Colombian soldiers and police.

The FARC said Sutay identified himself as anti-mining and explosives specialist.

It said Sutay's passport says he was born in New York City. It published what it said was the passport number and date of issue. It also said he arrived in Colombia on June 8 after traveling through Mexico, Honduras, Costa Rica, Nicaragua and Panama.

The group said it would free Sutay in light of peace talks going on in Cuba to end Colombia's nearly half-century-old conflict. Those talks began in November and the U.S. government has been wholly supportive of them.

As a condition for the peace talks that began in November, the FARC announced last year that it was halting ransom kidnapping.

The FARC asked that a commission be convened led by former Sen. Piedad Cordoba, who has in the past brokered prisoner releases, and include a delegate of the International Committee of the Red Cross.

Cordoba said in a statement Saturday on the website of a movement she backs that she stands ready to help in whatever way possible to secure Sutay's hasty release.

The FARC has in the past used such releases for publicity purposes, mounting a show as it did last year for the release of a French journalist.

Colombia's army said Saturday that four of its soldiers had been killed during clashes with FARC guerrillas in the south and it feared 14 other soldiers had died in an ambush in the northwest.

The army said six FARC rebels were killed in the fighting in the south, which involved a series of gunbattles that began Friday and continued near the town of Doncello.

Gen. Javier Rey, director of army operations, told the AP that the reported loss of 14 soldiers in an ambush in the northwestern Arauca department had not been confirmed. Rey said preliminary reports indicated troops were attacked by Colombia's other rebel group, the National Liberation Army, but noted that FARC guerrillas also operate in that area.