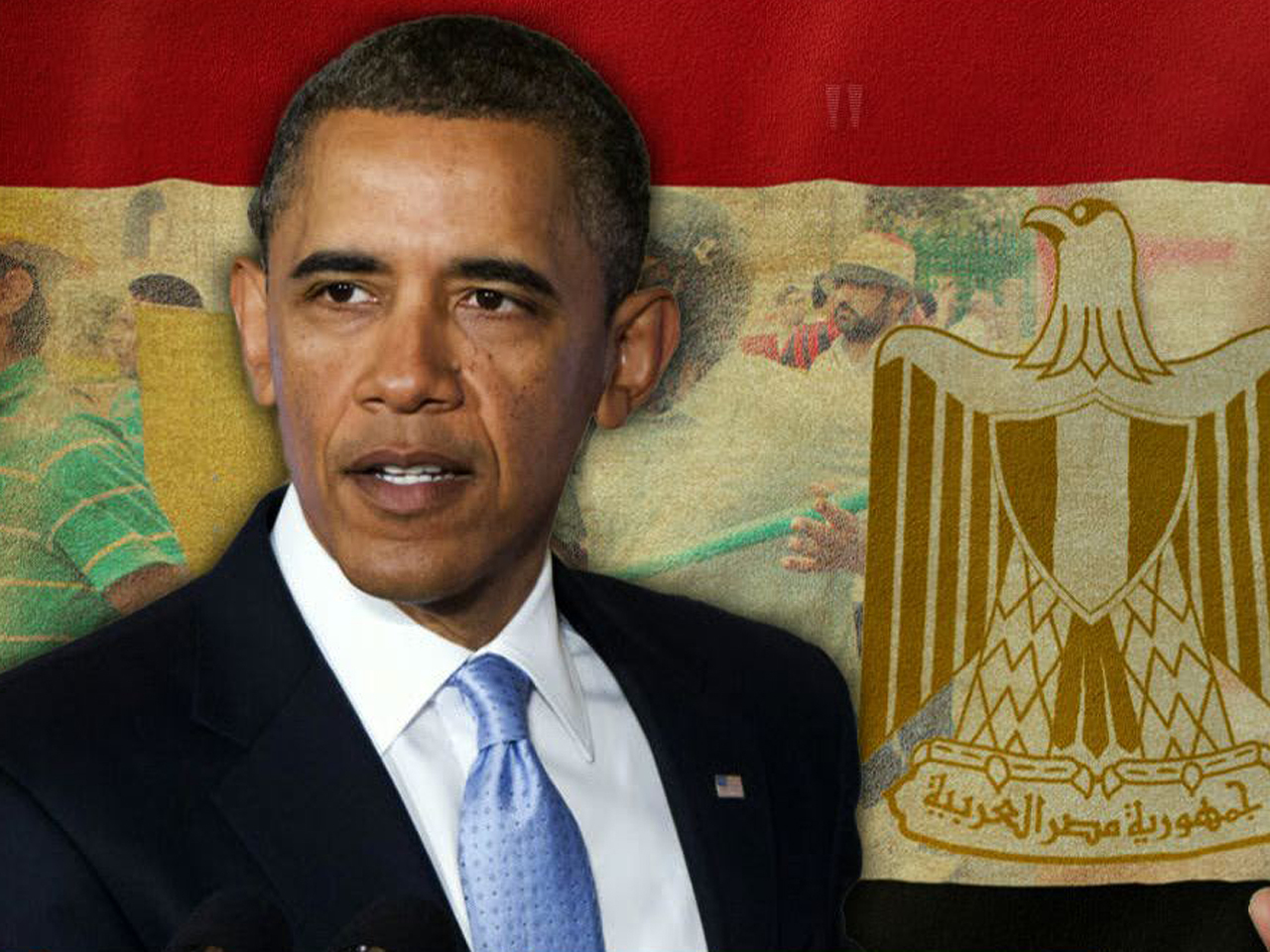 Days of tense street demonstrations in Egypt built to a dramatic climax on Wednesday, when the Egyptian military removed the Muslim Brotherhood-backed President Mohammed Morsi from power, installed a temporary civilian government and called for new elections.

Morsi denounced the move, labeling his ouster a "full coup," but he was ultimately unable to leverage his status as the first democratically elected leader of Egypt to remain in power.

Whether President Obama's administration agrees with Morsi's assessment that his removal was a "coup" could have significant ramifications for the future of the U.S.-Egypt relationship, particularly the continuation of roughly $1.3 billion in annual aid provided to the Egyptian military.

In responding to the chaos in Egypt, President Obama faces a balancing act: He can stand behind the democratic process and express concern about Morsi's ouster, despite how broadly and deeply unpopular the Egyptian leader was. Or he can throw his lot in with the protesters and embrace a new transition in Egypt, in spite of any complications it might pose for America's abstract embrace of the democratic process.

Or, perhaps more likely, he can try to do both.

"This is a huge dilemma for the United States, because we certainly want to support and back the principles of democracy," said CBS senior national security analyst Juan Zarate in an interview with CBSNews.com. "At the same time, this was a demonstration of popular will in opposition to the Muslim Brotherhood and a particular form of governance and you can't ignore that either."

Zarate said the United States was caught between a rock and a hard place. "One of the constants here is we want to maintain a strong relationship and ties with the Egyptian military," he explained, "but we have to be conscious of the fact that it's engaged in what appears to be a coup, albeit a popular one supported by key actors in Egypt."

The Obama administration seemed to recognize its tricky high-wire act in a statement released late Wednesday afternoon, which said the president is "deeply concerned" about the unfolding chaos in Egypt and called on the Egyptian military to return full authority to a democratically elected government as quickly as possible.

In the meantime, given Wednesday's developments, the president said he has "directed the relevant departments and agencies to review the implications under U.S. law for our assistance to the government of Egypt."

This year's $1.3 billion in aid money was quietly authorized in May by Secretary of State John Kerry, in spite of the Morsi government's failure to live up to its promises of economic and social change. An additional $450 million was pledged by the Obama administration in March. Congress has frozen $260 million of that aid package, and congressional approval is needed to move it.

Discussion about the possibility of ending military aid has centered on a 2012 appropriations bill that bars assistance to the government of "any country whose duly elected head of government is deposed by military coup d'etat" or a coup in which the "military plays a decisive role."

In announcing Morsi's ouster, Army chief of staff Gen. Abdel Fattah al-Sisi was flanked by a broad spectrum of civil society figures, including political and religious leaders who had played a key role in fomenting the demonstrations against Morsi. The message: This was not a military-engineered coup, but a popular uprising against the Morsi government that the military simply recognized and acted upon.

"This wasn't a classic military coup, since it appears to have been a popular groundswell of opposition and dissatisfaction, with the military again siding with the people," Zarate explained. "They've clearly tried to cast themselves as the defender of the public's will, which goes a long way in complicating the situation here - it's not black or white."

At least one U.S. senator seemed inclined to ignore the nuance, however, calling for an immediate suspension of military aid. Morsi has been a "great disappointment to the people of Egypt," Sen. Patrick Leahy, D-Vt., who chairs the subcommittee responsible for disbursing foreign aid, but "In the meantime, our law is clear: U.S. aid is cut off when a democratically elected government is deposed by military coup or decree."

Several other senators, however, were not so quick to argue for a cessation of aid, lobbying for a wait-and-see approach.

"We view it with great concern, the events that are taking place in Egypt," said Sen. John McCain, R-Ariz. He acknowledged the "great dissatisfaction" among the Egyptian people with Morsi's rule, but said that the Egyptian military "has to show us and the world that they are making a rapid transition back to democracy, and that will be I think the indicator to the level of support that we would provide to Egypt."

Sen. Lindsey Graham, R-S.C., was slightly more frank. One of the conditions of U.S. aid to Egypt, he said, "is that the military had to abide by the rule of law, and that if the democratically elected government is overthrown by the military, you would suspend all assistance."

The military's ouster of Morsi "looks like a coup, it sounds like a coup," he said, "But I'm in the camp with Senator McCain - let's look and see how this unfolds...we cannot be seen as supporting a military coup. It is imperative that the democratic process restart and that we have a game plan and a road map to new elections."

One possible way to thread the needle, Zarate said, would be for the U.S. to temporarily suspend military aid until the next election.

"There are going to be suggestions on Capitol Hill, perhaps even legislation, that allows for continued military aid once you get back to a democratic process, regardless of what happened to Morsi," he said. "That may be how they get around the question of ending military aid altogether, but it may require a short-term suspension."

Regardless of how the dispute over military aid plays out, there are likely significant contingents within the U.S. government who are quietly celebrating Morsi's departure, even with the chaos that has attended the turnover.

The U.S. had a "conflicted relationship" with Morsi during his year in power, Zarate said. "We were supportive of Egypt and the peoples' choice, but at the same time, we were a bit wary of being too closely aligned with a Muslim Brotherhood-led government whose policies were unclear and still in formation," he explained. "There's a part of the government that probably is pleased to see a recalibration in Egypt, a check on the Muslim brotherhood power, and a sign that civil society in Egypt is robust, above and beyond the political Islamist parties."

"I do think, though, that American policymakers are probably scratching their heads and very much worried about what's to come," he added. "The convulsions of the Arab Spring are not over yet. If anyone thought that things were settled after everything we've seen in the last couple of years, this is a demonstration that they were wrong."