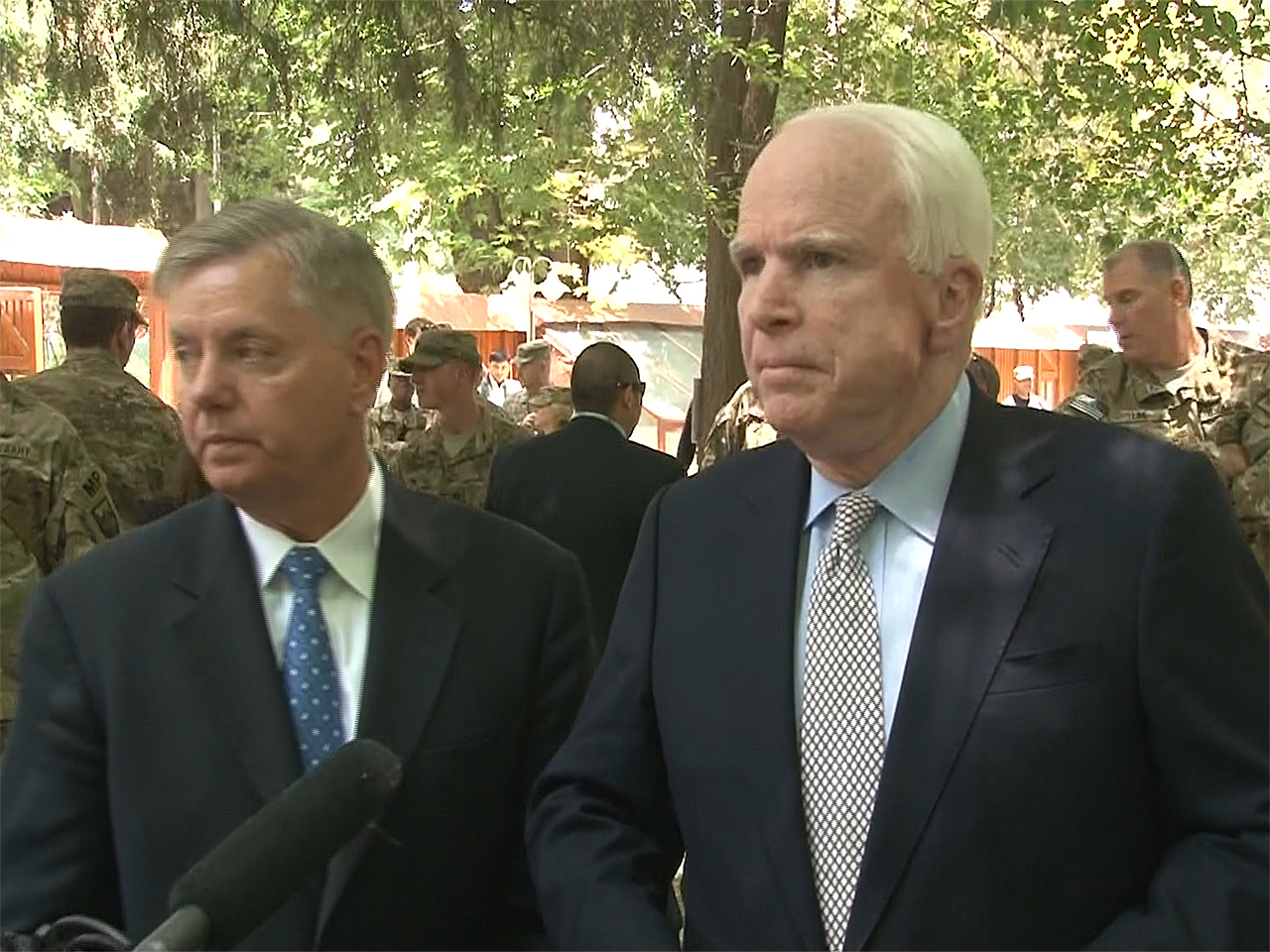 McCain presided over a reenlistment ceremony for about a half dozen U.S. soldiers in Kabul.

A member of the Senate Armed Services Committee and unsuccessful presidential candidate, McCain was accompanied on the visit by Republican Sen. Lindsey Graham.

Both of the senior U.S. lawmakers commented upon their arrival on the military-led political transition which was playing out in Egypt, urging the nation's new interim leadership to quickly hold new elections and hand power back to a democratically elected government.

"We view with great concern events in Egypt," said McCain. He acknowledged the "great dissatisfaction" in the Egyptian populace for how Morsi was governing, but said the U.S. wanted the military "to show us a rapid transition back to democracy," and suggested future U.S. financial aid to Egypt would be dependent on the speed of that transition.

Using a term which President Obama opted to avoid when describing the transition in Eygpt, Graham said the military's detention of Morsi and suspension of the constitution, "looks like a coup, sounds like a coup," but added that Morsi and his Muslim Brotherhood backers had failed in their year in power to bring real reforms and, "at the end of the day, they blew the opportunity to save Egypt."

Graham added that it was "imperative that we move to democratic state."

Following the ceremony with the U.S. troops, McCain told reporters that even though Afghan President Hamid Karzai has temporarily suspended talks between the U.S. and Afghanistan over what presence the U.S. and other nations will keep in the country after 2014, he was hopeful that it will be "agreed upon as soon as possible."

He said "the strategic partnership is very important."