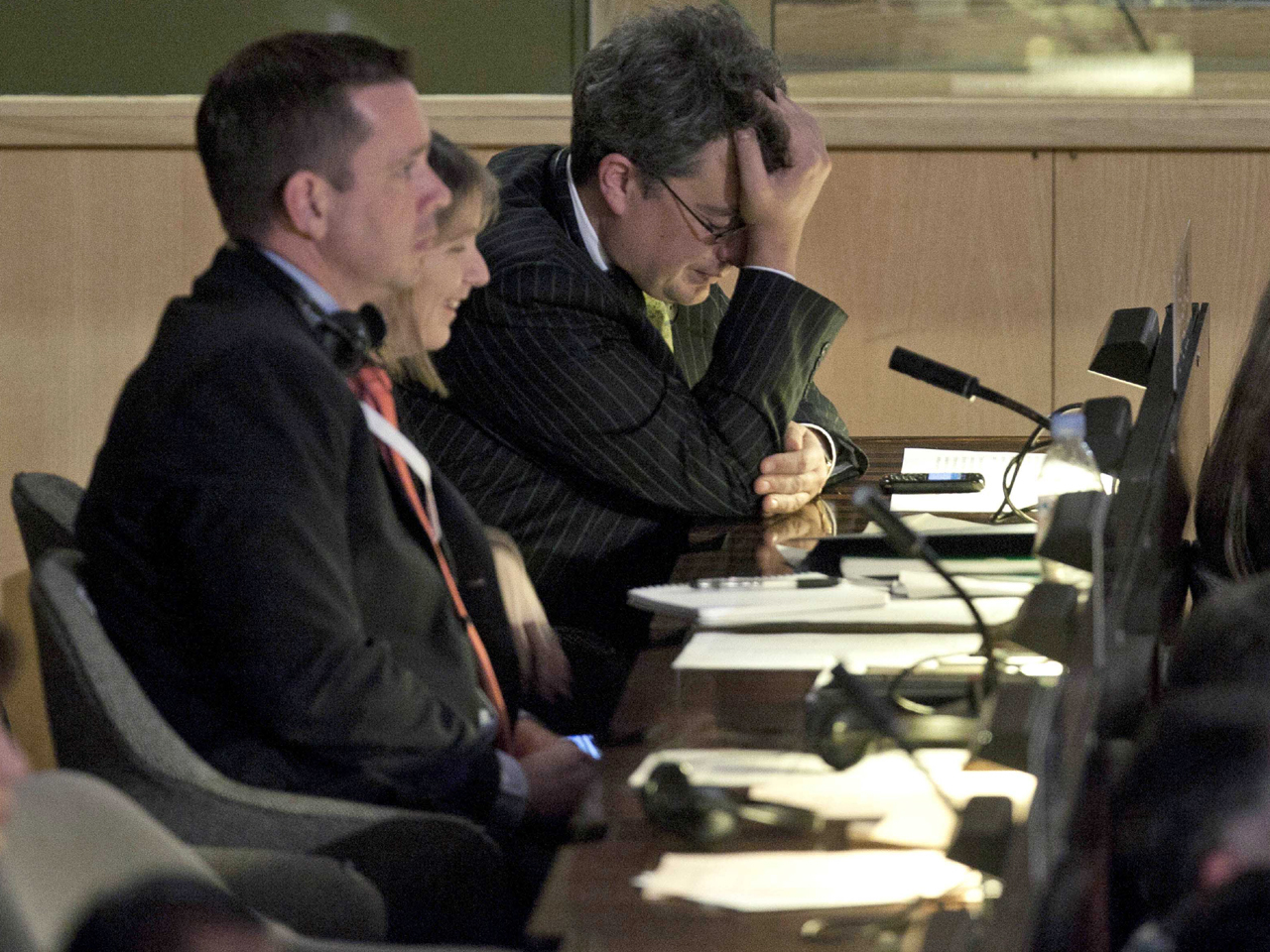 WASHINGTON - The Obama administration on Monday cut off funding for the U.N. cultural agency, after its member countries defied an American warning and approved a Palestinian bid for full membership in the body.

The lopsided vote to admit Palestine as a member of UNESCO, which only the United States and 13 other countries opposed, triggered a long-standing congressional ban on U.S. funding to U.N. bodies that recognize Palestine as a state before an Israeli-Palestinian peace deal is reached. The State Department said a $60 million payment to UNESCO scheduled for November would not be made as a result, and U.S. officials warned of a "cascade" effect at other U.N. bodies that might follow UNESCO's lead.

"Today's vote by the member states of UNESCO to admit Palestine as a member is regrettable, premature, and undermines our shared goal of a comprehensive, just and lasting peace in the Middle East," State Department spokeswoman Victoria Nuland told reporters. She said the U.S. remained committed to UNESCO and its goals, which include the promotion of science, education and culture, and that the administration would work with Congress to preserve U.S. interests and influence in the body.

But, while Nuland said the U.S. would maintain its membership and participation in UNESCO, the organization's internal rules will strip Washington of its vote if it is delinquent in paying its dues for two years.

It is not clear how U.S. membership would work in the interim, especially since UNESCO depends heavily on U.S. funding. The U.S. provides 22 percent of its budget — roughly $80 million a year — but has survived without it in the past: The United States pulled out of UNESCO under President Ronald Reagan and rejoined two decades later under President George W. Bush.

On Tuesday, Ibrahim Khraishi, the top Palestinian envoy at the U.N. in Geneva, told The Associated Press that Palestinian diplomats are now planning to capitalize on Monday's landslide vote by preparing papers to join the other U.N. agencies and a variety of other international organizations.

"Now we are studying when we are going to move for full membership on the other U.N. agencies," Khraishi said. "It's our target for (us to join) the international organizations and the U.N. agencies."

He said the UNESCO vote sets a precedent to allowing such broad memberships.

"We are working on it, one by one," he said. "Because it's now precedent that we are a full member in one of the biggest and one of the most important U.N. agencies, UNESCO. So it will open the door for us now to go further in our efforts to join other U.N. agencies."

The UNESCO vote was a fallback for the Palestinian leadership that presented its plan for U.N. recognition as a state and full membership in the global body in September. Israel has fiercely opposed the bid, and it has no chance of passing because the Obama administration has promised to veto any resolution in the Security Council.

Becoming a UNESCO member could give the Palestinians an advantage in joining the U.N. World Intellectual Property Organization, whose rules say membership is "equally open" to those already a member of other U.N. specialized agencies.

But it's not clear whether that means membership is automatic, and Geneva-based spokeswoman for the organization Samar Shamoon declined to comment on that Tuesday.

Assistant U.S. Secretary of State Esther Brimmer emphasized Monday that Palestinian membership in the U.N. World Intellectual Property Organization, known as WIPO, "could have serious implications for U.S. leadership in this organization," which supports global infrastructure helping U.S. companies to protect their business interests around the world, according to State Department briefing notes.

"The United States is a leading global voice on issues related to patent, copyright, and trademark matters, and should the U.S. be unable to provide its contributions to WIPO, the impact of that voice could be significantly diminished," the U.S. agency said.

Of course, a withdrawal of U.S. funding from WIPO also could leave U.S. companies vulnerable.

Senior State Department officials were meeting Monday with executives from numerous high-tech firms to consider options if the U.S. is forced to restrict its participation in WIPO.

Fadela Chaib, spokeswoman for the World Health Organization, another Geneva-based U.N. agency, said any nation that is part of the U.N. can join. For those that are not part, she said, the annual World Health Assembly can approve membership by a simple majority vote if a written request is received at least 30 days beforehand.

Cutting U.S. funding for WHO would hurt, she conceded.

"Of course we need it. The U.S. funding is quite important, I guess for all the U.N. organizations," Chaib told reporters. "It's a vital funding need for WHO."