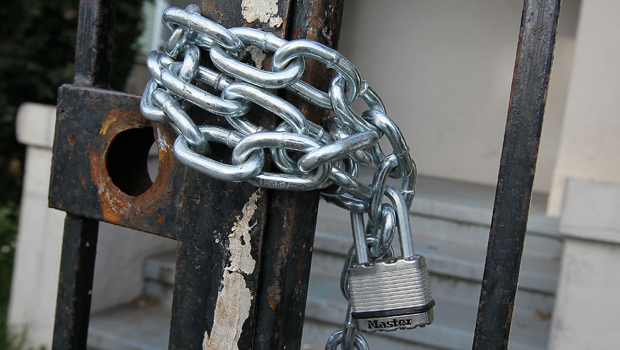 ATLANTA Three Atlanta-area counties have filed a lawsuit claiming that British bank HSBC (HBC) cost them hundreds of millions of dollars in extra expenses and damage to their tax bases by aggressively signing minorities to housing loans that were likely to fail.

The Georgia counties' failure or success with the relatively novel strategy could help determine whether other local governments try to hold big banks accountable for losses in tax revenue based on what they claim are discriminatory or predatory lending practices. Similar lawsuits resulted in settlements this year worth millions of dollars for communities in Maryland and Tennessee.

Fulton, DeKalb and Cobb counties say in their lawsuit, which was filed in October, that the housing foreclosure crisis was the "foreseeable and inevitable result" of big banks, such as HSBC and its American subsidiaries, aggressively pushing irresponsible loans or loans that were destined to fail. The counties say that crisis has caused them tremendous damage.

"It's not only the personal damage that was done to people in our communities," said DeKalb County Commissioner Jeff Rader. "That has a ripple effect on our tax digest and the demand for public services in these areas."

The city of Atlanta straddles Fulton and DeKalb counties, while Cobb County is northwest of the city.

The lawsuit says the banks violated the Fair Housing Act, which provides protections against housing or renting policies or practices, including lending, that discriminate on the basis race, color, national origin, religion, sex, family status or handicap.

In addition to reducing tax income, vacant or abandoned homes that are in or near foreclosure create additional costs for the counties, the lawsuit says. Their housing code and legal departments have to investigate and respond to code violations, including having to board up, tear down or repair unsafe homes. They have to deal with public health concerns, such as pest infestations, ruptured water pipes, accumulated garbage and unkempt yards. And fire and police departments have to respond to health and safety threats.

The counties are asking the court to order the bank to stop its behavior and to take steps to prevent similar predatory lending in the future. They are also seeking financial compensation for the damages they've suffered and punitive damages to punish the bank for its "willful, wanton and reckless conduct." The counties say the financial injury they've suffered is in the hundreds of millions of dollars.

Andrew Sandler, a lawyer for HSBC and its subsidiaries, said he couldn't comment on the case. A federal judge has given the bank until Jan. 25 to respond to the counties' complaint.

Lawyers for the counties declined interviews on the case, but one of them, Jeffrey Harris, said in an emailed statement that they are continuing to investigate other banks and could file additional complaints.

Similar suits were filed against Wells Fargo by the city of Memphis and surrounding Shelby County in Tennessee in 2009 and by the city of Baltimore in 2008. Those suits were settled earlier this year. Both settlements included $3 million to the local governments for economic development or housing programs and $4.5 million in down payment assistance to homeowners, as well as a lending goal of $425 million for residents over the subsequent five years, according to media accounts.

As in those cases, the lawsuit filed by the Georgia counties says the bank, in this case HSBC, targeted communities with high percentages of Fair Housing Act-protected minority residents, particularly blacks and Hispanics.

The lawsuit says minority borrowers were disproportionately targeted with high-cost loans between 2004 and 2007.

Before the beginning of the subprime lending boom in 2003, annual foreclosure rates in metro Atlanta averaged below 1 percent, but U.S. Department of Housing and Urban Development data show that the estimated foreclosure rates for each of the three counties now average more than 9 percent and are as high as 18 percent in the communities with the highest percentages of minority borrowers, the lawsuit says.

It is the alleged targeting of minority communities that entitles the counties to seek action against HSBC for loss of tax income and other expenses, the lawsuit says.

"If you can show that you yourself have suffered harm by an illegal act under the Fair Housing Act, even if you are not the target, even if you are not the intended victim, you can still sue to stop the behavior and to recover any damages that you can prove you suffered because of the violation of the Fair Housing Act," said Steve Dane, a lawyer whose firm was involved in the Memphis and Baltimore lawsuits.

The costs incurred by counties because of high rates of foreclosure are reflected in court records and related fees for each home, and police and fire departments can calculate the costs of responding to a given address, Dane said. He said it takes a lot of time and effort to gather the necessary records to prove the harm.

Another discouraging factor could be a lack of political will, said Lisa Rice, vice president of the National Fair Housing Alliance.

"Politicians may not want to go up against the banks," she said, adding that there will likely be other local governments that give this a try but she doubts the number will be high.

But Jaime Dodge, an assistant law professor at the University of Georgia, says she thinks more cases are likely, at least in the short term as municipal governments continue to feel the squeeze of a tight economy and seek ways to refill their coffers. They may try to test federal courts in different parts of the U.S., she said. Successes in multiple jurisdictions could lead to more attempts, but if courts start knocking the suits down that would likely discourage them, she said.