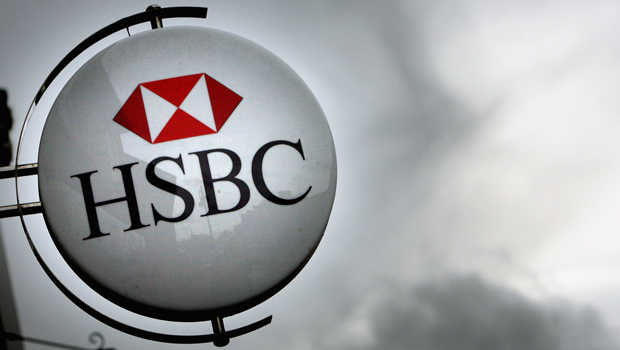 (MoneyWatch) The U.S. Justice Department on Tuesday trumpeted its $1.9 billion penalty on HSBC to resolve money-laundering charges against the British financial giant as a "heavy price" to pay for the company's misconduct. Yet the government's decision to forgo pursuing criminal or other legal action against the bank under a so-called "deferred prosecution agreement" raises questions about whether such deals constitute real punishment for large corporations and serve to deter similar white-collar crime.

HSBC was accused of illegally helping Mexican drug cartels, along with Iran, Libya and other countries subject to economic sanctions, move money through the U.S. In announcing the settlement, Justice Department Assistant Attorney General Lanny Breuer described the lender's alleged behavior as "astonishing," citing what he called a "record of dysfunction" at HSBC going back years.

HSBC does not dispute the accusations. Irene Dorner, head of HSBC's U.S. division, earlier this year admitted the company's failings, telling lawmakers that "we deeply regret" actions to effectively help drug traffickers and other parties hide their financial dealings.

Yet despite the serious allegations against the lender, no HSBC executive will personally be held accountable as part of the settlement. That is by design. Beginning in the 1990s and accelerating after a series of corporate scandals following the dot-com bust, U.S. government officials began deferring prosecution against big corporations in return for companies admitting wrongdoing, agreeing to pay monetary penalties, and promising to obey the law and other rules.

In part, the policy was a response to the government's 2002 prosecution of accounting firm Arthur Andersen over its complicity in the collapse of energy company Enron. Andersen subsequently shut down after it declined to enter a deferred prosecution deal and a federal court found the firm guilty of having obstructed justice in connection with Enron.

The Justice Department laid out its rationale for deferred prosecution agreements, or DPAs, in a 2003 memo, stating that it helps "preserve the financial viability of a corporation that has engaged in criminal conduct." The idea is to allow federal prosecutors to enforce the law, including winning financial restitution for employees, shareholders and other victims of corporate lawbreaking, without filing the kind of criminal charges that could threaten a company's viability.

The agency arranged more than 20 deferred prosecution agreements in the first half of 2012 alone, according to the New York Law Journal, including a deal with U.K. bank Barclays over its manipulation of a key global lending rate. The SEC last year also began deferring prosecutions, including in cases involving violations of the Foreign Corrupt Practices Act. Other companies that have entered these agreements in recent years: AIG, British Petroleum, Daimler Chrysler, Merrill Lynch, Pfizer and UBS.

Justice Department officials continue to endorse the use of deferred prosecution agreements. In September, Breuer said in a speech before the New York Bar Association that over the last decade such deals "have become a mainstay of white-collar criminal law enforcement."

Breuer, head of Justice's criminal division and a former attorney with law firm Covington & Burling, also claimed that deferred prosecution deals have resulted in "far greater accountability" for corporate malfeasance and that the approach has cause a "sea change" in companies' compliance efforts.

But that is far from clear. For one, "deferring" prosecution in cases of corporate corruption often means no prosecution. Companies that enter the agreements rarely go on to face legal charges related to an offense. Advocates of the approach contend that this suggests companies operating under a deferred prosecution agreement are complying with the law.

Yet one recent analysis casts doubt on that view. Gabriel Markoff, an attorney and law clerk in the Southern District of Texas, found in an August study that "there is little or no empirical proof that DPAs are at all effective at deterring or otherwise preventing corporate crime...." He also concluded there is at least anecdotal evidence that the agreements have "spectacularly failed" to prevent companies known to have engaged in fraud from relapsing.

Meanwhile, apart from Arthur Andersen, there are few cases of companies shutting down because of a conviction in court. Indeed, it is typically not a criminal indictment that brings a company down, but its crime.

"With this new information, there is little justification for using DPAs in most cases," Markoff writes. "Prosecutors should seek convictions when they can, use DPAs only when they absolutely must and decline to prosecute when they have a weak case that can only be successfully prosecuted by improperly pressuring a defendant."

Deferred prosecution critics also claim that the policy results in a different standard of enforcement for big and small companies.

For instance, after the housing crash the Justice Department pursued criminal charges against Lee Bentley Farkas, the former chairman of home loan company Taylor Bean & Whitaker who is now serving a 30-year prison term for mortgage fraud. But while prosecutors have shown a willingness to go after smaller companies, they have avoided making criminal cases against Wall Street and large foreign financial institutions implicated in a range of misconduct.

Why Sears’ turnaround plan may not turn it around

Another fund linked with investment guru to close