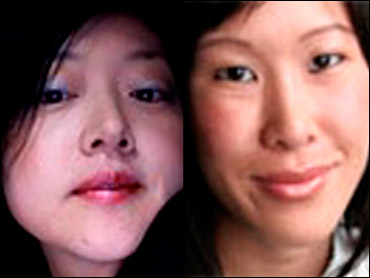 The United States has contacted representatives of North Korea about two detained American journalists and is waiting for a reply, a U.S. official said Saturday.

North Korea confirmed earlier Saturday that it detained the two Americans for "illegally intruding" in its territory after crossing the border from China.

Authorities are investigating the two women, who were seized Tuesday, the official Korean Central News Agency said in a brief report that gave no other details. The journalists' cameraman and guide reportedly escaped but were later detained by Chinese border guards.

The arrests of the journalists, who were reporting on North Korean refugees, complicate already difficult ties between the North and the United States.

North Korea has repeatedly blasted joint U.S.-South Korean military exercises, severing a hot line and shutting its border with South Korea in recent days to protest the drills. It restored the telephone link, the only one between the rivals, on Saturday.

U.S. officials, meanwhile, have criticized North Korean plans to fire a satellite-equipped rocket into space in early April, a launch some fear will be a cover for testing long-range missile technology. North Korea said Saturday that it plans to close two air routes through its territory from April 4 to 8 - the period it has set for the launch.

The North also is locked in a standoff with regional powers over its nuclear program, and earlier this week ordered five U.S. groups that distribute much-needed food aid to leave the impoverished country by the end of March.

The U.S. has been in touch with North Korean representatives about the journalists and is awaiting a reply, an Obama administration official said Saturday, speaking on condition of anonymity because of the sensitivity of the situation. The official did not say what, if anything, the U.S. has proposed.

South Korea's Munhwa Ilbo newspaper, citing an unnamed South Korean government official, said the U.S. has told North Korea that it is willing to hold a high-level meeting to push for a quick release of the reporters.

State Department spokesman Robert A. Wood had no immediate comment Saturday on that report.

The two journalists, along with their male cameraman and a guide, were headed to the Chinese city of Yanji, across the border from North Korea's far northeastern corner, where they planned to interview women forced by human traffickers to strip for online customers, according to the Rev. Chun Ki-won of the Seoul-based Durihana Mission, a Christian group that helps defectors.

They also planned to meet with children of defectors, said Chun, who helped the journalists organize the trip. Many children who grow up on the run in China live in legal limbo, unable even to attend school, according to a 2008 Human Rights Watch report.

The journalists and cameraman Mitch Koss were following their guide across the frozen Tumen River early Tuesday morning when North Korean soldiers armed with rifles approached them from a half-hidden guard post, the South Korean Chosun Ilbo newspaper reported Saturday. It cited activists working with North Korean refugees in China and other unidentified sources.

Koss and the guide pushed the North Korean soldiers away and ran back toward China, but Ling and Lee were caught, the newspaper said, citing an unidentified source.

Koss and the guide were later seized by Chinese border guards and sent to the Chinese Public Security Bureau, the newspaper said. Their whereabouts remain unclear.

The North Korean-Chinese border is long, porous and not well demarcated and thus a common route for escape from the North.

A growing number of North Koreans have sneaked into China to avoid political repression, chronic food shortages and to seek asylum, mostly in South Korea, according to North Korean defectors in South Korea and activists.

Past detentions by North Korea have required international intervention. In 1996, New Mexico Gov. Bill Richardson, then a congressman, went to North Korea to help secure the release of an American detained for three months on spying charges. In 1994, he helped arrange the freedom of a U.S. soldier whose helicopter had strayed into North Korea.