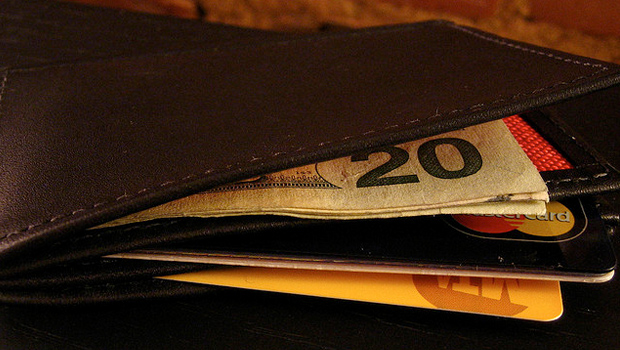 WASHINGTON Americans stepped up borrowing in December to buy cars and attend school. But they cut back sharply on credit card use, continuing a trend that could hold back growth this year.

Consumer borrowing rose $14.6 billion in December from November to a total of $2.78 trillion, the Federal Reserve said Thursday. That's the highest level on record.

The increase was driven entirely by gains in student and auto loans. Borrowing in the category that measures those loans increased $18.2 billion, the biggest monthly gain since November 2001.

The December decline could also be a signal that consumers were worried in December about tax increases that kicked in last month and are reducing take-home pay.

While credit card debt has fallen since the recession, student loan debt has surged. It has risen 63 percent since mid-2008 to total $956 billion as of September of 2012, according to quarterly data compiled by the Federal Reserve Bank of New York.

The increase partly reflects high unemployment, which has led many Americans to seek better education and skills in a more competitive labor market.

Auto loan debt is slightly lower than its level in mid-2008. But it has risen roughly 9.4 percent since mid-2010 to total $750 billion as of September, according to the New York Fed report. U.S. automakers are coming off their best year for sales in five years, helped by extremely low interest rates that have encouraged more borrowing.

Analysts say credit card debt to stay weak this year, which could slow consumer spending and hold back economic growth.

Congress and the White House reached an agreement last month to prevent income taxes from rising on most Americans. But the deal did not extend a temporary cut in Social Security taxes, which expired on Jan. 1. The two percentage point increase means a person earning $50,000 a year will have about $1,000 less to spend in 2013. A household with two high-paid workers will have up to $4,500 less.

Most economists expect the tax increase could trim the economy's growth by about one-half a percentage point this year.

Consumers spent more in December, according to a government report last week, though the increase was slower than in November. Consumer spending drives about 70 percent of the economy.

The overall economy actually shrank in the October-December, dipping at an annual rate of 0.1 percent, the first quarterly decline since the recession was ending in the summer of 2009.

9 ways to get cheap or free vet care for your pet
Thanks for reading CBS NEWS.
Create your free account or log in
for more features.
View CBS News In
CBS News App Open
Chrome Safari Continue
Be the first to know
Get browser notifications for breaking news, live events, and exclusive reporting.