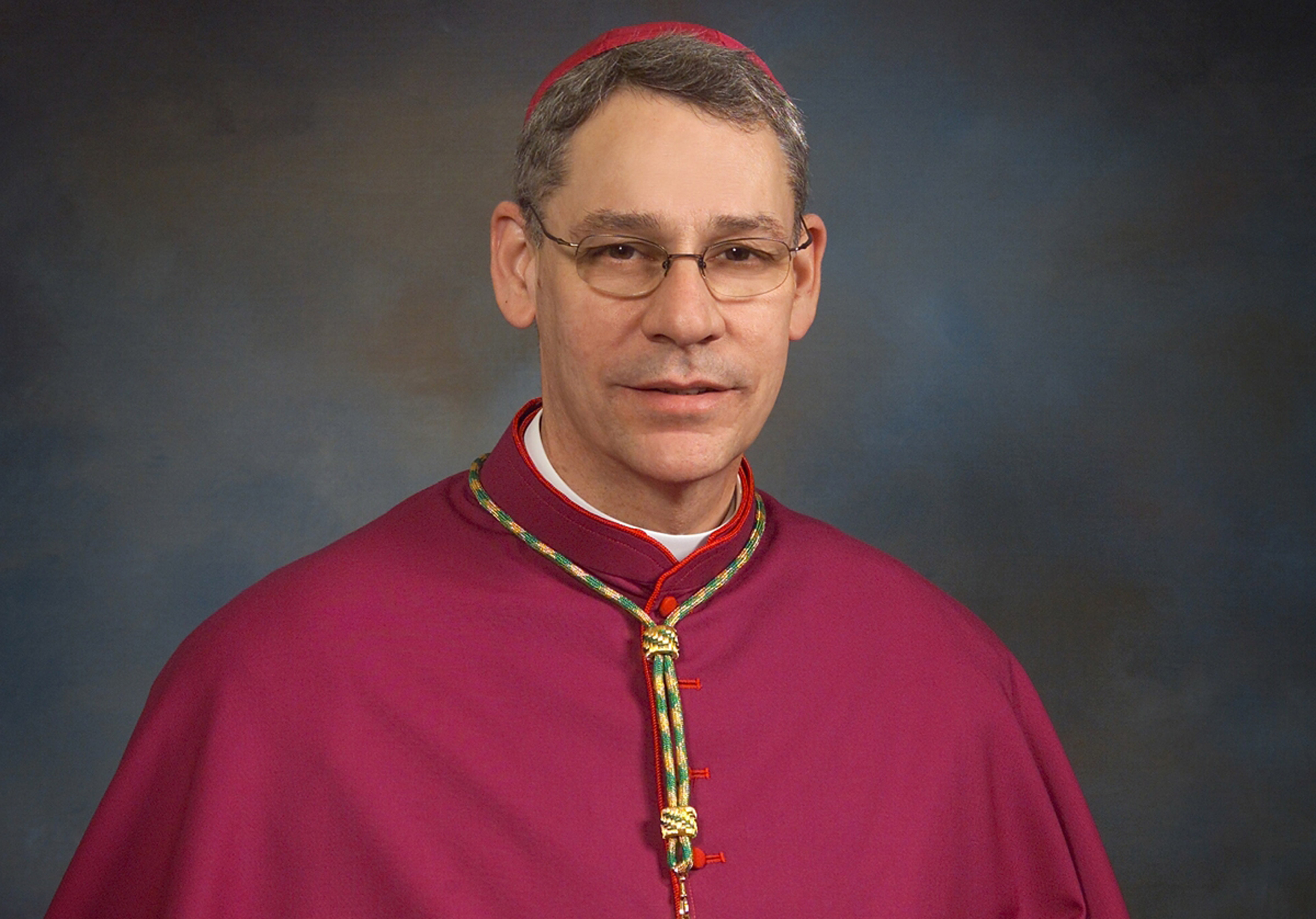 KANSAS CITY, Mo. - Kansas City's Catholic bishop was charged Friday with not telling police about child pornography found on a priest's computer, making him the highest-ranking U.S. Catholic official indicted on a charge of failing to protect children.

Jackson County Prosecutor Jean Peters Baker said Finn and his diocese, which also was charged with one count, had "reasonable cause" to suspect a child had been abused after learning of the images.

"Now that the grand jury investigation has resulted in this indictment, my office will pursue this case vigorously because it is about protecting children," Baker said. "I want to ensure there are no future failures to report resulting in other unsuspecting victims."

Finn has acknowledged that he and other diocese officials knew for months about hundreds of "disturbing" images of children that were discovered on a priest's computer but did not report the matter to authorities or turn over the computer.

In a statement issued through the diocese, Finn denied any wrongdoing and said he had begun work to overhaul the diocese's reporting policies and act on key findings of a diocese-commissioned investigation into its handling of Ratigan's case.

"Today, the Jackson County Prosecutor issued these charges against me personally and against the Diocese of Kansas City-St Joseph," said Finn, who officials said was not under arrest. "For our part, we will meet these announcements with a steady resolve and a vigorous defense."

After the Catholic sex abuse scandal erupted in 2002, grand juries in several regions reviewed how bishops handled claims against priests. However, most of the allegations were decades old and far beyond the statute of limitations. Until Finn was indicted Friday, no U.S. Catholic bishop had been criminally charged over how he responded to abuse claims, although some bishops had struck deals with local authorities to avoid prosecution against their dioceses.

Terry McKiernan of BishopAccountability.org, which manages a public database of records on clergy abuse cases, called Friday's indictment especially important because it involved a recent case. He said the charge being a misdemeanor makes it no less significant.

"The taboo against acknowledging that bishops are responsible in these matters has been challenged," McKiernan said.

David Clohessy, of the Survivors Network of those Abused by Priests (SNAP) told CBS News, "We hope this is a beginning of a new era in which prosecutors will go after not just the pedophile priests but the Catholic bishops who enable their crimes and conceal them."

Finn acknowledged earlier this year that St. Patrick's School Principal Julie Hess had more than a year ago raised concerns that a priest was behaving inappropriately around children, but that he didn't read her written report until after the Rev. Shawn Ratigan was charged with child pornography counts this spring. Ratigan has pleaded not guilty.

In a memo dated May 19, 2010, Hess wrote that several people had complained Ratigan was taking compromising pictures of young children and that he allowed them to sit on his lap and reach into his pocket for candy.

Hess at the time gave the report to Monsignor Robert Murphy, the diocese's vicar general, who spoke with Ratigan about setting boundaries with children and then gave Finn a verbal summary of the letter and his meeting with the priest.

Seven months later, a computer technician working on Ratigan's laptop found hundreds of what he called "disturbing" images of children, most of them fully clothed with the focus on their crotch areas, and a series of pictures of a 2- to 3-year-old girl with her genitals exposed.

The computer was turned over to the diocese, where officials examined the photos and reported them to Murphy. Instead of reporting them to authorities, as required by Missouri's mandatory reporting law, Murphy called a police captain who is a member of the diocese's independent review board and described a single photo of a nude child that was not sexual in nature.

Without viewing the photo, Capt. Rick Smith said he was advised that although such a picture might meet the definition of child pornography, it probably wouldn't be investigated or prosecuted.

A diocese computer technician downloaded materials from Ratigan's computer onto a flash drive and Finn eventually returned the laptop to Ratigan's brother, who destroyed it.

The New York Times reports that Bishop Finn was appointed in 2005 and his vision to return the diocese to more traditional practices has drawn strong opinions. The paper reports he is one of only a few bishops affiliated with Opus Dei, a conservative movement which, according to wikipedia, "organizes training in Catholic spirituality applied to daily life."