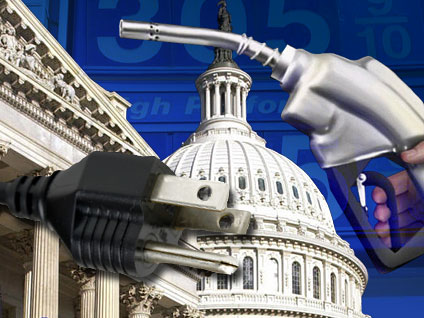 More than 40 terror suspects bought firearms in the United States last year. In each case, background checks showed the buyer had no felony convictions and was not an illegal immigrant, according to a government report released Tuesday.

The report by the Government Accountability Office pointed to at least 40 purchases of guns in a nine-month study period by people named on an FBI watch list. More than 50,000 people are under "investigation or surveillance" for "possible terrorist or gang-related activities."

"It's amazing that over 40 people who are on a terrorist watch list legally walked into a gun shop and bought a gun," Sen. Charles Schumer, D-N.Y., said Tuesday. "What is going on in this country?"

The GAO said the FBI could do a better job overseeing checks involving terror suspects.

The National Rifle Association, however, said the debate is more complicated than that. Members are opposing halting such sales.

The report indicated that from Feb. 3 through June 20 last year, 35 known or suspected terrorists purchased guns in the United States. From July 1 to Oct. 31 last year, 12 more were allowed to buy firearms.

FBI Director Robert Mueller told a House subcommittee Tuesday that perhaps the law could be altered.

"We ought to look what can be done to perhaps modify the law to limit that person's access to a weapon," Mueller said during testimony before the House Appropriations Committee's Science, State, Justice and Commerce panel, which was holding a hearing on the FBI's fiscal year 2006 budget.

But LaPierre, the NRA's chief executive, said under current law, if the FBI's National Instant Criminal Background Check System gets a hit that someone applying for a gun permit is on a terror watch list, the government official who put that person on the list — along with other counterterrorism personnel — are notified.

"They are specifically asked whether there's a good reason to deny this person buying a firearm," LaPierre said "If there is, the person is denied. If there is not, the person is not denied."

"Common sense would dictate that we shouldn't," Lautenberg wrote.

Justice Department spokesman Kevin Madden said that in light of the GAO report, the department has asked the FBI to report on the feasibility of having the bureau process all background checks related to suspected terrorists. Currently, the checks are done by designated state and local criminal justice agencies as well as the FBI.

The GAO recommended that the attorney general clarify procedures to ensure that information from gun purchase background checks is shared with counterterrorism officials and that the FBI should monitor such checks more frequently or oversee all checks related to terror suspects.

Following the report's release, Lautenberg introduced a measure that would require the Justice Department to keep records of gun purchase transactions for 10 years. Last year, Congress passed a measure that requires the government to destroy such records within 24 hours.

LaPierre was solidly against Lautenberg's bill, saying that if a person is cleared as a law-abiding citizen, "your name should not be retained in Washington by the federal government."

"For the last four years, the Bush White House and Republican leaders in Congress have been pursuing gun policies that are on the wish list of the National Rifle Association despite repeated warnings from law enforcement leaders," Hamm said.

In other national security news, the Los Angeles Times reports that terrorist organizations may be trying to place spies inside U.S. intelligence agencies in order to spy on American counterterrorism efforts.

About 40 Americans who applied for jobs at U.S. intelligence agencies, including the CIA, have been turned away for possible ties to terrorist groups, the Times said in Tuesday's editions.