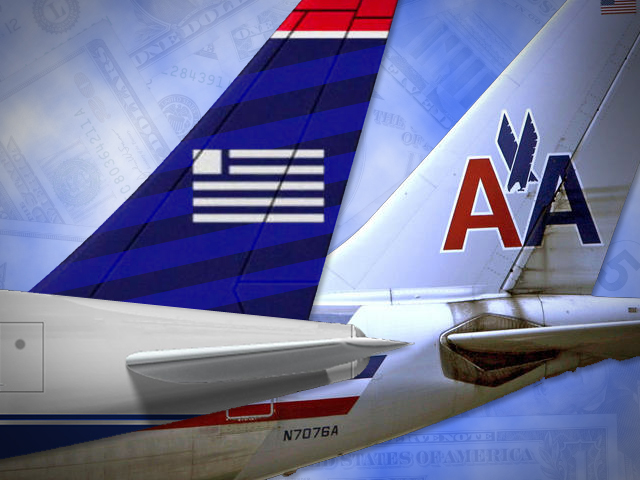 US Airways said in a filing Thursday in U.S. bankruptcy court that it supports AMR's request for more time to draft a reorganization plan.

But US Airways says it could change its mind if AMR, which wants to stay independent, doesn't follow through on a promise to seek alternatives such as a merger.

US Airways spokesman John McDonald says his airline paid $600,000 for AMR bonds with a face value of $1 million so that it could participate in the bankruptcy case.

Thomas Horton, the CEO of AMR, said in a statement last week that American Airlines was weighing various options, working with its creditors and evaluating potential mergers.

AMR CEO: It's time to weigh merger options
US Airways CEO says merger delays "fine by us"
American Brat Pack: Where airline CEOs got their wings