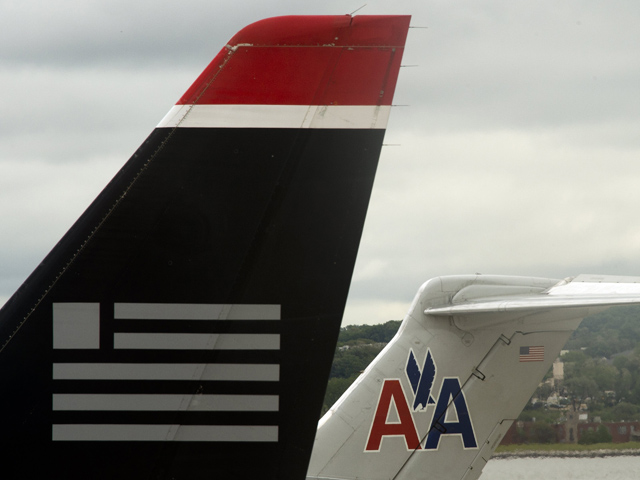 (AP) The CEO of US Airways (LCC) says he still wants to merge with American Airlines, but he's in no hurry.

US Airways CEO Doug Parker has been publicly pushing for a deal with American since April 20, when he won the support of American's three unions. American filed for bankruptcy protection in November, and its executives have resisted a merger, although they have agreed with creditors to study merger options.

But bankruptcy issues have stalled merger efforts. American is likely to get more time to propose its own reorganization plan. And getting new contracts with its unions is taking longer than expected.

"That delay is fine by us - there is certainly no urgency for us to merge," Parker wrote in a message to employees on Wednesday. He said the delay is fine as long as his airline gets "a fair chance to present our superior alternative" in time with merge with American as it comes out of bankruptcy.

Airline bankruptcies are complicated, and American's has been no exception. It has asked a judge for the right to rewrite labor contracts, while at the same time trying to negotiate new contracts with its unions. American's pilots are voting through Aug. 8 on a contract offer.

Meanwhile, American's exclusive right to propose its reorganization plan had been set to end on Sept. 28, giving US Airways a chance to present its merger plan. Now, American's creditors have agreed to an extension through Dec. 28.

The extension does not reduce the likelihood of a merger with US Airways, wrote Hunter Keay, an analyst with Wolfe Trahan, in a note to clients on Tuesday. He doesn't expect American parent AMR to be ready to emerge from bankruptcy this year. And American's agreement to study merger options should ensure that US Airways gets to pitch its merger to AMR creditors, even though that pitch may not happen until early next year, he wrote.

Parker told workers that US Airways Group Inc. expects to report strong second-quarter results later this month "due to a strong revenue environment, lower fuel prices, and our outstanding operating reliability." On Thursday, the airline reported that a key measure of passenger revenue rose 6 percent in June.