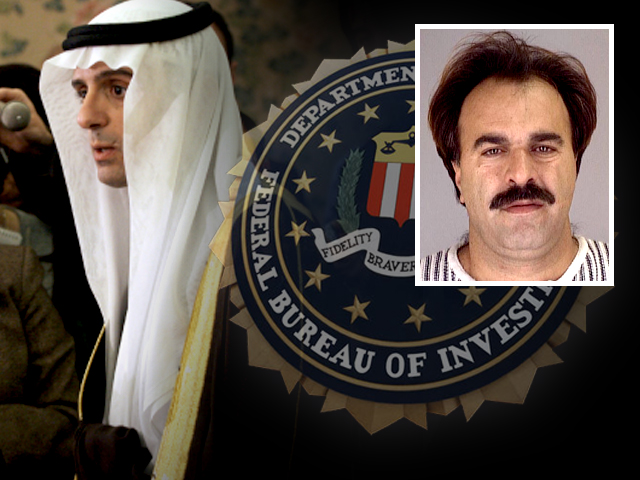 WASHINGTON - The Obama administration was taking its case against Iran to the world Wednesday, trying to stir up an international response to charges that the Islamic republic plotted to assassinate the Saudi Arabian ambassador to the U.S.

"It's critically important that we unite the world in the isolation of and dealing with the Iranians," Vice President Joe Biden said on "The Early Show" Wednesday. "That's the surest way to be able to get results."

Mr. Obama's top national security aides have said the administration will lobby for the imposition of new international sanctions as well as for individual nations to expand their own penalties against Iran.

The State Department sent a cable to all American embassies and consulates around the world telling them to put the Iran case before their host governments. The officials said the cable, sent late Tuesday by Deputy Secretary of State William Burns and classified secret, tells them to detail the evidence against Iran as presented by federal prosecutors.

The officials, who spoke on condition of anonymity to describe the classified cable, said the document instructs diplomats to ask nations to consider appropriate steps in response to the alleged scheme. The cable does not suggest any specific measures against Iran, the officials said.

U.S. Ambassador to the United Nations Susan Rice is to individually brief members of the U.N. Security Council on the foiled plot Wednesday, the officials said.

Biden said that U.S. action against Iran could go beyond sanctions, but added that "we're not going there yet."

Biden said the Iranians "have not only decided to assassinate someone, they have taken on the basis in which ... nations deal with one another." However, he refused to speculate on whether the alleged plot was undertaken at the behest of the upper reaches of Iran's government

In other broadcast interviews Wednesday, Biden called the purported plot "really over the top."

In comments Wednesday, Secretary of State Hillary Clinton said the plot signaled a "dangerous escalation" of Iran's support for terrorism.

In an Associated Press interview Tuesday, Clinton said "this really, in the minds of many diplomats and government officials, crosses a line that Iran needs to be held to account for."

She said she and President Barack Obama want to "enlist more countries in working together against what is becoming a clearer and clearer threat" from Iran.

"The U.S. began to brief individual members of the Security Council on Tuesday about the Iranian plot, diplomats on the council said, anticipating support for a council meeting and a new round of tougher sanctions on Iran," said CBS News Foreign Affairs Analyst Pamela Falk, from the U.N.

"Although China initially opposed a new round of sanctions on Iran, they have formed a closer trade relationship with Saudi Arabia in recent years and if they are forced to chose between their dislike for sanctions and their relationship with the Saudis, their support for a resolution might be in play," Falk reports.

Britain's government said Wednesday it was consulting with the U.S. and others over new international sanctions against Iran. "We would support any measures that help hold Iran accountable for its actions," said Steve Field, spokesman for British Prime Minister David Cameron.

Clinton and other U.S. officials said the alleged plot is a gross violation of international law and further proof that Iran is the world's leading state sponsor of terrorism, a label Washington has for decades applied to the Iranian government. The officials said it also underscores concerns that despite its denials Iran is trying to develop nuclear weapons under cover of a civilian atomic energy program.

"The idea that they would attempt to go to a Mexican drug cartel to solicit murder-for-hire to kill the Saudi ambassador? Nobody could make that up, right?" Clinton said shortly after U.S. prosecutors accused two suspected Iranian agents of trying to murder Saudi envoy Adel Al-Jubeir. The purported plan was to carry out the assassination with a bomb attack while Al-Jubeir dined at his favorite restaurant.

Mr. Obama called al-Jubeir on Tuesday to declare that the foiled assassination plot was a "flagrant" violation of U.S. and international law, the White House said. The president expressed solidarity with Saudi Arabia and said he was committed to ensuring the security of diplomats in the United States. White House press secretary Jay Carney disclosed broad outlines of the call in a statement.

"These are cheap claims. By giving it a wide media coverage, it was evident that they are trying to cover up their own problems," Larijani told an open session of the parliament Wednesday.

"They (Americans) suffered a political stroke and learned that they had begun a childish game," he said. "We have normal relations with the Saudis. There is no reason for Iran to carry out such childish acts."

In New York, Alireza Miryousefi, head of the press office of the Iranian mission to the United Nations, sent Secretary-General Ban Ki-moon a letter "to express our outrage" over the allegations.

"The U.S. allegation is, obviously, a politically-motivated move and a showcase of its long-standing animosity toward the Iranian nation," the letter said.

The State Department late Tuesday warned Americans around the world of the potential for terrorist attacks against U.S. interests. It said Iranian-sponsored attacks could include strikes in the United States.

In the AP interview, Clinton predicted an Iranian denial, but added: "We want to reassure our friends that the complaints against Iran are well-founded."

Saudi Arabia is the main Sunni Muslim power center in the Middle East, and the one most closely allied with the United States, Iran's declared enemy. Iran is the most powerful and influential Shiite Muslim state. The two have long vied for power and influence across the region. Saudi Arabia and other countries like Bahrain have accused Iran of trying to create dissent in their countries this year, during democracy movements across the region.

But it is not clear what motive Iran might have had for trying to kill the Saudi official. An assassination might have ignited anti-American sentiment in Saudi Arabia and beyond by highlighting the close relationship, which is one explanation for Iran's alleged involvement. Yet Iranian fingerprints on the killing surely would have meant retribution that Iran's military is ill-prepared to meet.

The U.S. criminal complaint said the Iranian plotters hired a would-be assassin in Mexico who was a paid informant for the U.S. Drug Enforcement Administration and told U.S. authorities all about their plot, which they code-named "Chevrolet."

Manssor Arbabsiar, a 56-year-old U.S. citizen who also holds an Iranian passport, was charged along with Gholam Shakuri, who authorities said was a Quds Force member and is still at large in Iran. The Treasury Department listed addresses for Arbabsiar in two Texas cities -- the Austin suburb of Round Rock and the Gulf city of Corpus Christi -- and prosecutors say he frequently traveled to Mexico for business.

FBI Director Robert Mueller said many lives could have been lost. But Preet Bharara, the U.S. attorney for the Southern District of New York, said no explosives were actually placed and no one was in any danger because of the informant's cooperation with authorities.

The Obama administration has often said that no option is off the table with Iran, a position that a U.S. official said had not changed Tuesday. But the official, who spoke on condition of anonymity because he was not authorized to discuss the policy publicly, said the emphasis now is on increasing diplomatic and economic pressure on Iran.

Clinton said the U.S. was still willing to talk to Iran about addressing concerns over its nuclear program, but made clear Tehran would have to prove it was interested in such a discussion.

The alleged target was Al-Jubeir, a commoner educated at the University of North Texas and Georgetown University who was foreign affairs adviser to Saudi King Abdullah when he was crown prince. A month after the Sept. 11, 2001, attacks, in which 15 of the 19 Arab hijackers were from Saudi Arabia, Abdullah sent al-Jubeir to the United States to rebuild Saudi Arabia's image here. He was appointed ambassador in 2007.

The Saudi Embassy said in a statement that it appreciated the U.S. efforts to prevent the crime. "The attempted plot is a despicable violation of international norms, standards and conventions and is not in accord with the principles of humanity," the statement read.

The complaint alleges this past spring that Arbabsiar approached the DEA informant, who he believed was associated with a well-known Mexican drug cartel with access to military-grade weapons and explosives and has a history of assassinations. Justice Department officials say Arbabsiar initially asked the informant about his knowledge of plastic explosives for a plot to blow up a Saudi embassy.

But through subsequent meetings in Mexico over the past six months in which they spoke English, secretly recorded for U.S. authorities, Arbabsiar offered $1.5 million for the death of the ambassador. He eventually wired nearly $100,000 to an account number that the informant provided, authorities said.

Arbabsiar was arrested Sept. 29 at New York's John F. Kennedy International Airport and was ordered held without bail during his brief first court appearance Thursday afternoon. Prosecutors said he faces up to life in prison if convicted.

The complaint said that after his arrest, Arbabsiar made several calls to Shakuri in which they discussed the purchase of their "Chevrolet," and Shakuri urged Arbabsiar to "just do it quickly."

No one answered the door Tuesday at Arbabsiar's two-story home, decorated for Halloween, at the end of a cul-de-sac in the Austin suburb of Round Rock. A neighbor said he frequently saw Arbabsiar walking around smoking cigarettes and talking on a cellphone in a language the neighbor did not understand. Public records show Arbabsiar has been married at least twice and has a history of arrests in Texas for offenses that include evading arrest and theft.

David Tomscha told The Associated Press in an interview that he and Arbabsiar once owned a used car lot together in Corpus Christi, Texas. Tomscha said Arbabsiar was likable, but a bit lazy, and "sort of a hustler."